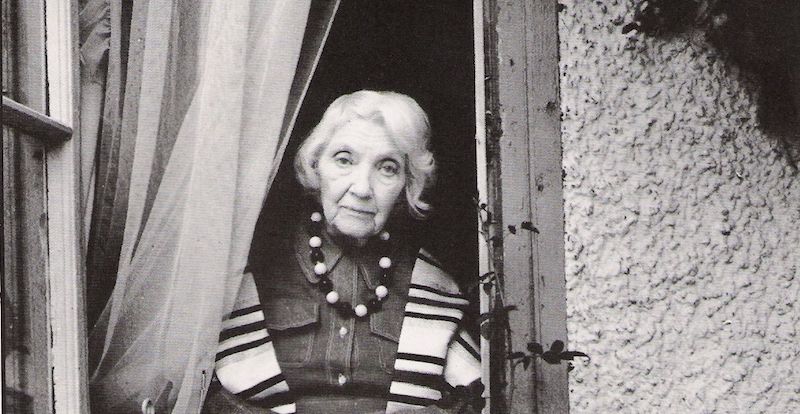 Julia Alvarez on Voyage in the Dark

I recall how, with a bolt of recognition, I first read the novels of Jean Rhys. Allow me, reader, to put this discovery in context. It was early in my writing career. I was a young woman, just beginning to publish poems and stories, but still unsure of my place—or if I even had a place—in American literature.

Any time I came upon a writer who was in any way a kindred soul (also Latina, also an immigrant, also female, or in any other way marginalized), I clung to her work for dear life. Almost all of these writers I discovered on my own. Back in the 1960s and 70s when I was going to school, we read only the canonical writers, mostly white, male, and primarily British. Needless to say, Jean Rhys was not in that number.

But then, as has happened serendipitously in my reading and writing life, I came upon her work in the mid-1980s. A married man with whom I was on the brink of having an affair gave me a parting gift of Jean Rhys: The Complete Novels. I shelved the big thick book without cracking it open. I wanted nothing more to do with the fellow or his reading recommendations.

Of course, just like Jean Rhys’s protagonists at the end of a sad affair, even a would-be one, or particularly a would-be one, I found myself beset by obsession and nostalgia. I pored over all the past mementos of our connection: letters, notes, photos, music tapes. And so it was that I took down the red hardcover book with Jean Rhys’s signature engraved on the cover.

Inside, I found an inscription that read simply, For Julia, As food! The dedication annoyed me. Who was he to tell me what would nurture me, this man who had toyed with my affections?

Thank goodness I didn’t let my conflicted feelings get in the way of my curiosity. If any writer could have been writing to the person I was in that particular moment of my life,  it was Jean Rhys. Here was a woman, also from a Caribbean island; also a transplant from a tropical homeland of colors, smells, warmth, light, to a bleaker, colder, grayer land; also an immigrant from the “colonies” to a powerful, imperial mother country; also, also, also, also.

Reading Voyage in the Dark was a painful voyage into my own cluelessness and powerlessness.

I didn’t just feed on Jean Rhys’s novels, I devoured them, all five: Voyage in the Dark; Quartet; After Leaving Mr. Mackenzie; Good Morning, Midnight; Wide Sargasso Sea. This last, her most famous, I had heard of, Rhys’s prequel to Charlotte Brontë’s Jane Eyre, in which Rochester’s purportedly mad wife gets to tell her side of the story. A stunning tour de force, which I admired with gleeful vindication. See, we colonials can write our way into your literature!

But of the five collected novels, the one that hit home the hardest was Voyage in the Dark. Reading it was a painful voyage into my own cluelessness and powerlessness, a voyage that many young women of my generation, on the cusp of the women’s movement, had embarked upon.

The novel recounts the story of Anna Morgan, shifting back and forth between the grim, unwelcoming present in England and the vivid memories of her homeland, an unnamed Caribbean island (whose coordinates, given in a passage in Part One, Chapter One, are those of Jean Rhys’s own Dominica).

Nineteen years old, rootless, barely getting by as an on-and-off member of a traveling chorus girl troupe, Anna begins an affair with an older man who breaks things off, triggering her plunge into drink, depression, prostitution, pregnancy, and a botched abortion. The novel concludes in a dreamlike, hypnotic haze, as Anna sinks into either sleep or death, an ambiguity Jean Rhys inserted into the text under pressure from her editor, who felt the original, more definitive terminal ending was much too negative for readers to bear on the brink of World War II.

“Why do you end it like that?” the (male) editor had asked. “Why can’t she recover and meet a rich man? . . . Give the girl a chance.” A chance Anna was not likely to have—as Rhys well knew—in “real” life.

Anna’s voyage closely tracks Rhys’s own experience as a recently arrived young woman (17 years old) from Dominica to England. By her own admission, Voyage in the Dark was her favorite and most straightforwardly autobiographical novel. After a failed affair with an older, well-off (married) lover who deserted her, the depressed and drinking Rhys (still going by her birth name, Ella Gwendolen Rees Williams) ended up writing down everything that had happened in several exercise books and then putting them away in a suitcase.

Twenty years later, she unpacked them and worked the material into what would become her third—though first drafted—novel, published in 1934.

Not only does Voyage in the Dark represent her earliest attempt at writing down her story, but in the process of doing so, Rhys discovered something important. As she explained in the Paris Review in 1979, just by writing down what had happened to her she found she felt better. It was something she had learned back in childhood, “that if I could put the hurt into words, it would go.”

In the midst of a dark time, when she was feeling that she had ruined her life and that she would never succeed in England, Rhys had found her calling as a writer. “I think that after all I’ve done it. I’ve given myself up to something which is greater than I am. I have tried to be a good instrument.” And then, though very tentatively phrased, she adds, “I am even rather happy perhaps.”

This was news I needed to hear—that we all needed to hear, we women who were coming of age just when Jean Rhys’s work was taking off in the late 1960s. Rhys’s portrayals of young women who fall prey to rapacious situations, canaries in the mine shaft of patriarchy, smart girls with nowhere to go but the wrong man’s arms or Anna Karenina’s train tracks, spoke to many of us embarking on our journeys.

Reading about Anna Morgan—and now I wonder if Jean Rhys had the other Anna in mind?—we felt accompanied and seen by a writer who grants full complexity to the female point of view. Anna’s struggles as an émigré to integrate her two different worlds spoke feelingly to those of us who were also trying to fit our bicultural, bilingual selves together, enduring xenophobic attitudes comparable to those voiced by a number of characters in the novel. (“She had this soft, dirty way that foreign girls have,” one acquaintance remarks. “Don’t you hate foreigners?”)

Like other Rhys heroines, Anna is a fully realized character, rife with tension, at times participating in her own disempowerment—so much so that many feminist critics have taken issue with her debilitating passivity. But by allowing her female characters a full range of feelings and not airbrushing them into simple virtuous victimhood, Rhys liberates us all from the danger of a single, monochrome self and story.

In the midst of a dark time, when she was feeling that she had ruined her life and that she would never succeed in England, Rhys had found her calling as a writer.

How welcome it was in those early days of feminism to read novels fully inhabited by women—not a given back then. A. Alvarez (no relation), in his rave review of Rhys’s work (“The Best Living English Novelist,” New York Times, March 17th, 1974), pinpoints this achievement by highlighting how Rhys’s “autobiographical heroines” are the soul and center of her narratives, women who in the past were in “the Muse business, the stunning vulnerable girls who, when Miss Rhys began writing, more usually inspired books than wrote them.”

Anna’s story speaks not only to a past situation and self, but to all of us today, as we face the exasperating challenges to the rights won by the women’s movement of the 1970s and the civil rights movement before it: the retraction, by a growing number of states, of the reproductive choice granted by Roe v. Wade; the pervasive misogyny uncovered by the #MeToo movement; the racism and xenophobia toward immigrants whose presence here is the result of centuries of exploitation and intervention by the West; the rampant materialism which renders invisible those who cannot participate in the currencies of power, money, influence. (“It’s funny,” a male client remarks to Anna’s girlfriend, “have you ever thought that a girl’s clothes cost more than the girl inside them?”)

Anna’s downfall is the toll that this kind of world takes on all of us. Reading Voyage in the Dark, we feel an unsettling and eerie resonance with the times we are living in now.

At the end of the novel, when she is cut adrift by her lover via his cousin emissary (coward!), Anna asks Vincent where he will go after leaving her in her shoddy room. He can’t understand why she should ask such a thing. Anna says, “Because I like to know. Because I like to imagine things.”

That ability to imagine a life so intimately and richly is Jean Rhys’s gift to us. For that she should have been knighted. Instead, I’d like to imagine her even rather happy (perhaps!) with what her stories have become: food to nourish all our souls. 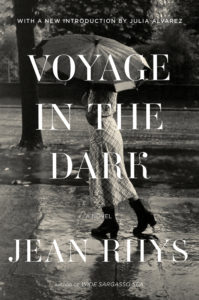 From the introduction to Voyage in the Dark by Jean Rhys. Used with the permission of the publisher, W.W. Norton & Company. Introduction copyright © 2020 by Julia Alvarez.

Julia Alvarez left the Dominican Republic for the United States in 1960 at the age of ten. She is the author of six novels, three books of nonfiction, three collections of poetry, and eleven books for children and young adults. In the Time of the Butterflies, with over a million copies in print, was selected by the National Endowment for the Arts for its national Big Read Program, and in 2013 President Obama awarded Alvarez the National Medal of Arts. Afterlife, a new novel, and Already a Butterfly, a new picture book for young readers, were published in 2020. Visit her at juliaalvarez.com. 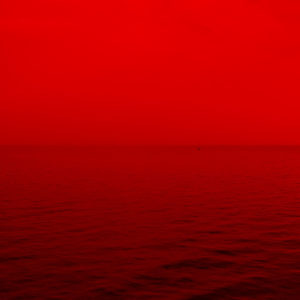 Science may be known for banishing the demons of superstition from the modern world. Yet just as the demon-haunted world...
© LitHub
Back to top
Loading Comments...