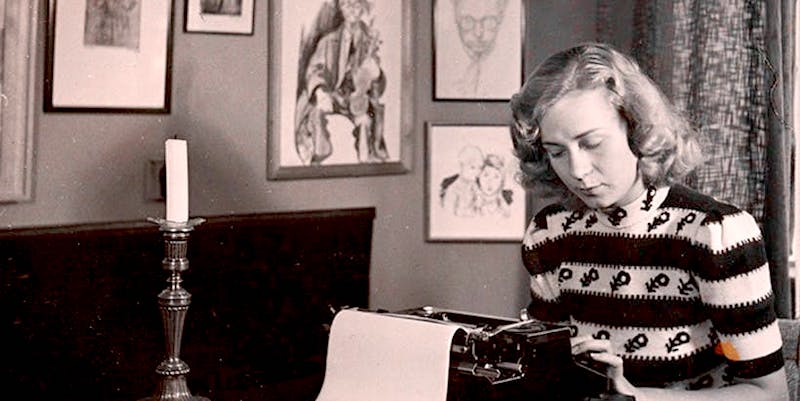 It is hard to deny the appeal of fantasies about artists’ lifestyles: their workspaces, schedules, routines, and motivations. There is perhaps nothing more delicious than diving into the inner workings of how writers live and think, especially if they are offering it up to us themselves; we consume biographies and articles about writers’ lives at the same time we consume their work. In the literary world, the genre of memoir has, at times, been looked down upon, due in part to the ways in which women have been both encouraged to produce it and derided for doing so.

However, a recent spate of translations of autofiction, a closely related genre, by women suggests that these authors are finding a new audience. Their stories don’t always involve the most “likable” characters; perhaps they are successful, in part, for the very reason of their raw honesty.

The writer Tove Ditlevsen may not be well-known to an English-speaking audience, but in her native Denmark she is a celebrated writer of short stories, poems, and novels. Her trilogy of memoirs, Barndom (Childhood), Ungdom (Youth) and Gift (which translates both as poison and marriage) has been recently published under the title The Copenhagen Trilogy by Farrar, Strauss, and Giroux . (The first two memoirs were released by Seal Press in 1985; in the new edition, the last title has been auspiciously changed to Dependency.) The Copenhagen Trilogy, part of a growing canon of autofiction by women that reflects on gender roles, abuse, and addiction, is sure to bring Ditlevsen to a greater international audience. Originally published as individual books in Denmark in 1967 and 1971, they are best when read together.

The voice, here, is that of a headstrong young woman, unafraid to speak her mind and perfectly happy to be fired from a job that doesn’t suit her. She describes her frustrations with her stable job: “I don’t have anything against a skilled worker; it’s the word ‘stable’ that blocks out all bright future dreams.” She also meets the idea of marrying a stable worker with disdain.

It is hard to deny the appeal of fantasies about artists’ lifestyles: their workspaces, schedules, routines, and motivations.

Nothing in the first two books prepares the reader for the third book’s haunting portrait of Ditlevsen as a woman who, after two failed marriages, finds herself married to a doctor of dubious credibility. He keeps the normally headstrong writer under his control by giving her Demerol, sending her into a chemical oblivion where she forsakes everything, including her writing. In describing her own addiction, Ditlevsen is still a writer in control of the narrative as she chronicles the failings and weaknesses of her husband and his abuse:

How is it possible, Lise said to me recently, that you could be in love with him? I said, Who can ever understand someone else’s love? I lay there for a couple of hours, and the effect wore off, so it was more difficult to find that blank, untroubled state. Everything returned to being gray, slimy, ugly and intolerable.

Diveltsen’s writing, and the genre itself, is compelling precisely for the illumination it gives into how the writer views herself. She makes no attempt to hide her contempt for her misfortunes, spending time describing both her successes as a writer and the life surrounding the writing. It is with the same self-reflection and honesty that Marguerite Duras described her own alcoholism in the 1987 memoir Practicalities. For the book, the author of The Lover and Hiroshima Mon Amour dictated her thoughts on writing, motherhood, and addiction to Jérôme Beaujour. In particular, the chapter Alcohol, which reveals her struggle with drinking, delivers a reminder that many of our beloved literary figures suffer their own demons. Like Ditlevsen, Duras’s portrait is of herself, and therefore she can be as honest and unflattering as she likes. “Living with alcohol is living with death close at hand,” she wrote. “What stops you killing yourself when you’re intoxicated out of your mind is the thought that once you’re dead you won’t be able to drink anymore.”

In a different style of memoir, Consent by Vanessa Springora arose out of her attempt to wrench her own story back from the hands of the much older male writer who groomed her for an abusive relationship from the age of 14. “What I am trying to do more than anything, without realizing it, is to get to the bottom of the mystery that brings two people together behind a closed bedroom door, what is woven between them there,” she writes. Her ability to process what has happened to her is greatly impeded by her abuser, who hides his most pornographic novels from her as he tries to commandeer their story, attempting to convince others that she is truly in love with him. “But since G. had begun writing his novel, reality had swapped sides: I was gradually turning from a muse into a fictional character,” she notes. Thirty years on, by wielding the story herself, Springora is finally able to perform the intimate reflections necessary for an autopsy on such a relationship.

Annie Ernaux, another memoirist who has recently been translated to English, shares a lot in common with Ditlevsen. Her memoir A Girl’s Story sits alongside the first section of The Copenhagen Trilogy as a meaningful work of reflection on youth. The subject, herself, proves elusive and yet irresistible. “As I advance, the former simplicity of the story deposited in memory disappears. To go all the way to the end of ’58 means agreeing to the demolition of all the interpretations I’ve assembled over the years. No glossing over. I am not constructing a fictional character but deconstructing the girl I was.”

Ditlevsen’s writing, and the genre itself, is compelling precisely for the illumination it gives into how the writer views herself.

Why write about her? Because Ernaux is attempting to understand the ways in which her first (horrifying) sexual experience, subsequent eating disorder, and socially demanding situations created the woman she is today, not to mention how she survived those experiences. The same could be said of Ditlevsen or Duras documenting their addictions or Springora outlining her abuse. These types of works, along with countless other works of women writing about their own lives, contribute to an alternative canon where women’s complicated personal stories can be told plainly.

How Cairo Became a Cosmopolitan Destination in the 1920s 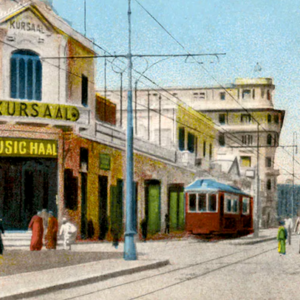 How Cairo Became a Cosmopolitan Destination in the 1920s

“Egypt is a country where the Egyptians reign, English rule, and everybody does as he pleases.” So two African American...
© LitHub
Back to top