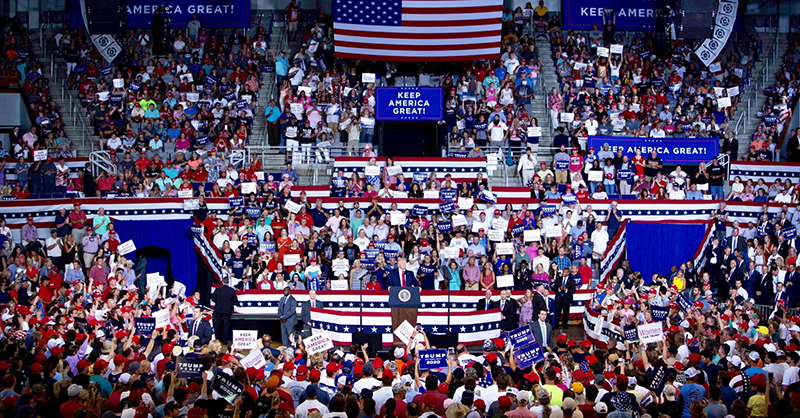 Anne Nelson in Conversation with Andrew Keen on the Keen On

On today’s episode, Anne Nelson, award-winning journalist and author of Shadow Network: Media, Money, and the Secret Hub of the Radical Right, discusses the shadow network of the political right and the debate over the value of life versus economic prosperity.

Anne Nelson: I think one of the ways that this [shadow network] has been effective has been in the networking of the money behind the political campaigns with canvasing organizations, like the National Rifle Association and the Susan B. Anthony anti-abortion organization, both of which are run by members of the Council for National Policy, and looping these into the data platform developed by the Koch brothers and a battery of apps.

These network were quite effective in 2016, and very helpful to Trump, especially in the swing states that won the Electoral College for him. These were also states where the Democrats were behind. They didn’t focus on numbers. They had nothing like any kind of competitive presence in terms of their use of apps tied into political canvasing. All of this was was constructed and advanced through the midterms, and Brad Parscale, Trump’s campaign manager, had a new generation of apps that were going to work with geofencing. This is where you find out whose cell phones are in your vicinity, say, at a campaign rally, and you get them to download the app and provide their personal information, including their email addresses and their phone numbers. Then you capture them on your app and you combine it with your data and download their phone directories and all of a sudden you’ve just got this whole profusion of information that can be used for canvasing, for fundraising, or organizing volunteers. All of this was ready to go, and it was built up around the idea of Trump’s rallies. That’s his strong point. He revs up the crowd and gets everybody excited and downloading the apps.

Well, along comes coronavirus and the rallies go away, and you could hear Trump struggling with this over the last few months saying we need to open up the country by Easter so everybody can go into the churches. Of course, the fundamentalist churches, who are part of this movement, have their own battery of pro-Trump apps that are part of this operation. So, of course, he wants people in the churches because he wants them back in the rallies. Even now, he’s saying, Well, maybe we can hold the convention and open the rallies if we give everyone face masks. The public health experts are saying this is not a good idea. This will kill people. But you have this drive.

First of all, to have these mass events, which the entire campaign was built around and was being activated in its early stages in December. Second of all, the card that Trump was planning to play going into November was a strong economy, and now it’s not looking that way. So this whole idea of getting people back to work and the economy reopened has been front and center, not only with Trump, but with the Council for National Policies affiliates who’ve been pushing this on their media fronts, on their policy fronts. “Reopen, reopen, reopen,” and really disregarding the cost in human lives.

Andrew Keen: Not just to your horror, but I think to a lot of people’s disbelief, this is 1984. Whatever one thinks of the religious right, I guess some of us at least would respect that commitment to the right to life and that being the thinking behind the opposition to abortion. So what I don’t understand is how they can go from this strong opposition to abortion to the back-to-work ideology during the pandemic, which is essentially saying, well, we’re willing to sacrifice some people’s lives for a good economy. Was that a debate in your mind within the shadow network? Are they arguing about the relative value of life versus economic prosperity?

Anne Nelson: Well, my own attitude is that a lot of the evangelical members of this population have been lied to and manipulated. I should add that I grew up in Oklahoma and Nebraska, so I am very familiar with these religious denominations, and I’ve really taken a deep dive in my research into the media that’s being shoved at them. I have to say that that a lot of the book’s research involves the death of traditional journalism and professional journalism.

When I was growing up in Oklahoma in the 60s and 70s, you read the hometown newspaper, you read the news magazines, you watched CBS News, and you basically had a template of facts to work from. These newspapers have been dying off in record numbers. They’ve been laying off reporters and going down to an absolute skeletal staff. So that creates a vacuum, and that vacuum has been filled by fundamentalist radio stations and by fundamentalist television operations and right wing operations.

One of the new-ish kids on the block is One America News Network, which goes by OANN. If you took Fox News and tilted it another 40 degrees to the right and added in a bunch of bizarre conspiracy theories, that’s what you would get with OANN, and Trump has has been favoring it increasingly. It has a permanent spot in the White House press gallery and it is part of a constellation of these news—well, they call themselves news outlets, but I do not call them news outlets. I call them disinformation platforms. It’s all coordinated campaigns. You’ll have exactly the same message repeated across these broadcasting platforms and their online outlets that are affiliates.

Right now, the line that’s being perpetrated is that the numbers on the coronavirus are wildly inflated, and that there’s a conspiracy that involves Dr. Fauci, Bill Gates, and George Soros to delude the American public to think that the coronavirus exists. “Since it’s a problem, therefore, why not reopen the economy and jumpstart the economy? Because the whole idea of the coronavirus is a leftist conspiracy.” If you just imagine what an incredible danger this thinking presents to public health. You have audiences of tens of millions or more who are surrounded by this information that motivates them to go out and protest and believe that they’re safe doing so, and it’s gone from being very disturbing to being really alarming.

Anne Nelson has received a Livingston Award for her journalism, a Guggenheim Fellowship for her historical research, and a Bellagio Fellowship for her research on the social impact of digital media. A graduate of Yale University, she began her career as a journalist in the U.S and abroad. She won an Associated Church Press Award for her writing on the conflict in Central America, which she covered for the Los Angeles Times, NPR, and the BBC. She has taught at Columbia University for over two decades, first at the School of Journalism and then at the School of International and Public Affairs. Her previous books include Red Orchestra: The Berlin Underground and the Circle of Friends Who Resisted Hitler, a New York Times Book Review Editors’ Choice; and Suzanne’s Children: A Daring Rescue in Nazi Paris, a finalist for the National Jewish Book Award. A native of Oklahoma, she lives in New York City. 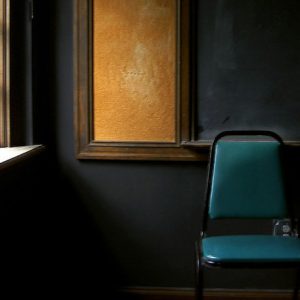 When coffee first arrived in Europe, It was referred to as "Arabian wine." In turn-of-the-century San Francisco, The...
© LitHub
Back to top