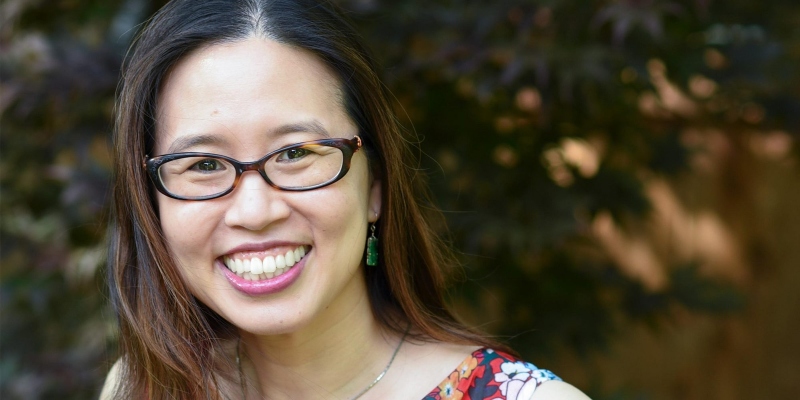 On this episode, Jennie and Marcy talk to Grace Lin, author of the 2010 Newbery Award winner, When the Mountain Meets the Moon.

Marcy Cornell: I had read that you had talked about your mom being a little disappointed that you were not super interested in your Asian culture when you were little. How does she feel now that the whole direction your books have taken is about Asian culture?

Grace Lin: She’s very surprised. She’s surprised and I think she is very, for lack of a better word, grateful—or maybe gratified is better. It was something that she always wanted to pass down to us, and I think she’s really happy that at least I appreciate it now. We both regret that I never learned how to speak Chinese, and I still can’t really read Chinese, but at least now I can still learn the culture, and I really appreciate it. So I think she’s really happy about that.

Jennie Law: Is your mother the person who introduced you to the stories that are in Where the Mountain Meets the Moon?

Grace Lin: Yes. Just in case your readers don’t know, I was not interested in my Asian heritage at all when I was younger, and my mom tried all these things to get me interested. And whenever she tried to get me interested, I would completely reject it. She would buy me Chinese clothes and I wouldn’t wear them. She’d try to teach me how to speak Chinese and I wouldn’t learn. And so, she realized that the only way that I would ever learn anything about our Asian heritage was if she snuck it in.

I was not really impressed with those Chinese fairy tale books when I was younger. They were just plainly translated from Chinese to English. The writing was really plain and kind of rough. It was printed on cheap paper; the illustrations were these plain black and white drawings. I was not impressed with these fairy tale books, but somehow the story still stayed with me. And they are the foundation to Where the Mountain Meets the Moon, Starry River of the Sky, When the Sea Turned to Silver, and even my newest book, the Mulan book. They’ve become the foundation to these fantasy, folktale stories that I’ve written. So it’s been an interesting journey.

Grace Lin is the award-winning and bestselling author and illustrator of Starry River of the Sky, Where the Mountain Meets the Moon, The Year of the Dog, The Year of the Rat, Dumpling Days, and Ling & Ting, as well as pictures books such as The Ugly Vegetables and Caldecott Honor book A Big Mooncake for Little Star. Grace lives with her husband and daughter in Western, MA. 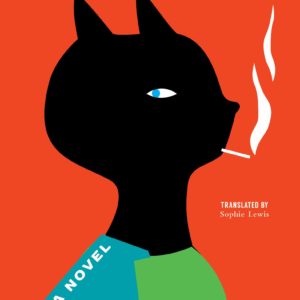 For years everything that’s gone through my head has been debated in this courtroom that I call the house of the dead,...
© LitHub
Back to top