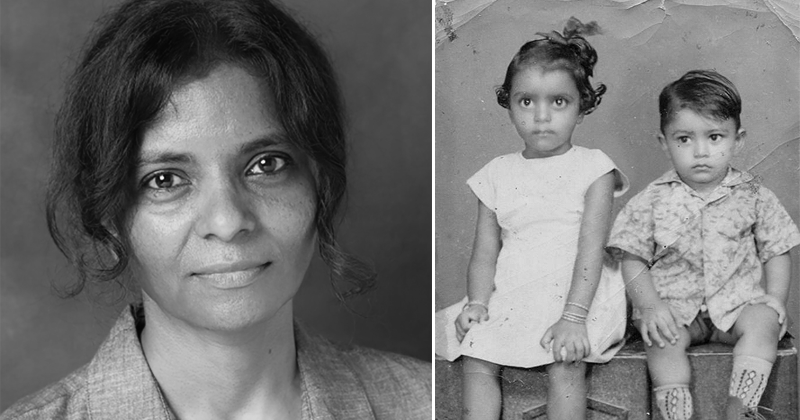 She always had questions. In hindsight, she can’t remember what they were.

But they were always there.

“At the time, the questions were things that I could not articulate,” says Sujatha Gidla, a New York City subway conductor and author of the memoir Ants Among Elephants: An Untouchable Family and the Making of Modern India. “But I had them. It was just the general sense that there are people who are better than us and we can never be like that.”

She remembers the details of her childhood in India. The time she accompanied her father, an English lecturer, to his Brahmin (upper caste) student’s house and the student’s mother wouldn’t let Gidla pass her a matchbox. Gidla was seated on the floor—as untouchables always are—and the woman asked her to drop the matchbox in her palms, so that their hands wouldn’t touch. Gidla was 14.

Or the time she was visiting a friend, and they asked her to sleep on a cot outside because that’s where the untouchables belonged. She was 20.

Or the shopkeepers who would require her to leave the money on the counter so that they wouldn’t have to touch her when exchanging cash. This happened so frequently that she can’t put one particular year on the incident.

Gidla moved to New York in 1992, at the age of 26. But the questions kept haunting her. So eventually, she travelled to the roots of them.

The Making of an Untouchable

In the West, caste—a hierarchical class system based on traditional roles—is often understood as a facet of Hinduism. The Dalits, the lowest caste, are known as “untouchables.” Brahmins are the highest caste.

It is so intricately woven into the system in India that it’s in the making of a person, says Gidla.

“Caste is not only just not being touchable or untouchable, it can manifest in many subtle ways,” she tells me. “It’s so ingrained that it almost acquires the same characteristic as genetics. It’s not genetics, for sure, but it’s in the way you look, you talk, your confidence, the way you carry yourself, your security, your insecurity.”

However, as Gidla’s memoir reveals, caste is not limited to the Hindu religion in India—it’s cultural. “People think caste is Hinduism, but caste is actually a social institution like racism in the U.S.”

Gidla belongs to a sect of Christianity that is also untouchable. Growing up, she believed that she was untouchable because of her religion, but when she went to university, she met other Christians who belonged to a higher caste. They were not untouchables. That sowed the seeds of her current journey into her mind: All the questions that she had swallowed growing up, the ones she couldn’t articulate, they came back as a single, larger question to which she had to find the answer: How do people become untouchable?

In the late 1800s, when the first missionaries came to India, many untouchable Hindus—like Gidla’s ancestors—converted to Christianity in the hopes of escaping the fate of being untouchables in their society. It didn’t help. Their untouchability was a mountain that they carried on their backs wherever they went—across states, across religion, across lifetimes.

To live without caste in India is to live a lie. And sometimes, Gilda writes in her memoir, people do that. “If you get them to believe your lie, then of course you cannot tell them your stories, your family’s stories. You cannot tell them about your life,” she writes.

When choosing between the indignity of being untouchable and being a lie, you could risk the erasure of your family’s history and stories. That’s the opposite of what Gidla was trying to do.

The Backbone of a Movement

The journey of her ancestors would not have become so crystal clear to Gidla had she not left home and seen the anti-war and anti-racism movements in the U.S.

She came to New York in 1992 to pursue a degree in engineering, and worked for 13 years as a software programmer. It was during her initial years in the U.S. that she met white protesters at an anti-war rally following U.S. invasion of Iraq, and then watched them go on to protest against racism and police brutality against the black community. “It surprised me because I hadn’t seen an equivalent of that in India where upper caste people [would rally against the] caste system,” she says.

She was laid off from her corporate job following the Wall Street crash in 2008, but even at the center of that experience, her insatiable curiosity to deconstruct otherness prevailed.

Gidla did not enjoy the corporate life, given its lack of diversity and how—even all the way here—she felt her colleagues from India could sense her caste and treated her accordingly. She ended up following up on a test she had taken six years ago in a field completely different: driving the subway.

Gidla had always been fascinated with trains, but there was another empowering element to it.

As a subway conductor, she feels more respected, and also finds solace in the multi-racial industry.

“What I enjoy most about being a subway driver is meeting different people from different parts of the world,” she says, a privilege she did not have in her corporate job.

“And the fact that if we don’t work, no one in New York can work,” she laughs.

How do people become untouchable?

Thus began the journey Gidla documents in Ants Among Elephants, and endless phone calls and trips to India, to uncover the story of her ancestors and their untouchability.

In the process, she found the story of her uncle K.G. Satyamurthy, known as SM, (and referred to as Satyam in Ants Among Elephants), a principal founder of a Maoist guerrilla group from the seventies.

“Learning about Satyam’s journey helped answer that question that had lingered on her mind her whole life, and now, after all these years, Gidla feels that she has some answers.”

Gidla’s memoir details Satyam’s journey from as far back as his grandparents’ marriage; after his mother died and his father abandoned him, he went on to become one of the greatest Maoist leaders of his time. His rise took place against the backdrop of crucial moments in Indian history, like the 1947 liberation from British colonial rule. But Satyam, who was Gidla’s maternal uncle, remained a mystery to Gidla for most of her life despite being so close by blood. A phantom hero she’d never seen, but whose stories and movement travelled through her mother and random strangers on the streets into Gidla’s life. A hero who, when he died in 2012, would gather a large mourning crowd attended even by his enemies.

Despite his contribution to the movement, Satyam spent much of his last years in hiding owing to his caste, which made it difficult for Gilda to trace him. Having spent his life in a Communist guerrilla group, he was always one blink away from being arrested. When he questioned the caste practices in the internal life of his party, he was expelled from the group and went into hiding in the forests.

Even in his radical activism, his caste had undone him.

Learning about Satyam’s journey helped answer that question that had lingered on her mind her whole life, and now, after all these years, Gidla feels that she has some answers.

“I discovered caste has what Marxists call a ‘material basis’ in the sense that it’s not some ritual, it’s not some religious practice, but it has definite benefits to certain people, and that is why caste still exists,” she says. “The fundamental basis of casteism is that it’s defined by occupation.”

As for her ancestors, she says, they were “tribals” who were tilling land they had found, until they were colonized by higher-caste people who encroached on their land.

Being an untouchable is an identity, an existence determined at birth. Or hundreds of years before that, judging by Gidla’s history. It’s not something you formally become, it’s something you just know. “No one informed me that I was untouchable,” Gidla writes poignantly in the introduction of her book.

Now, Gidla knows that there is a lot more to become. And it’s in the title of her memoir, which is an ode to Satyam’s journey.

“My uncle was the first man to go to college in his house, [where] everybody is caste Hindu and upper caste, and they have money. He felt like an ant among elephants,” she says.

And she sees that in her current job as well, where some of her Indian colleagues are high-caste Christians. But this time, they look up to her. And she believes in a future—and the future of those who came after Satyam—to hold something bigger.

“We are going to be the elephants.”

Samira Sadeque is a New York-based Bangladeshi journalist and poet focusing on migration, the refugee crisis, gender, and mental health. She completed her M.S. in Journalism from Columbia Journalism School in 2017. Her work has appeared in Reuters, Al Jazeera, Quartz, and The Lily, among other publications. She is a 2016 ICFJ Digital Media Fellow.

Existence, Death, and Mystery: Five Books That Changed My Life 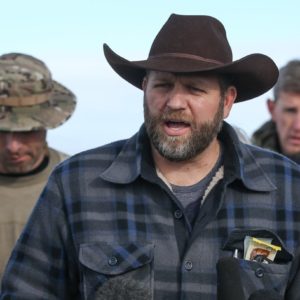 I’ve heard Ammon Bundy give the lecture he was giving that afternoon so many times now that I could probably recite it by rote....
© LitHub
Back to top