The kids were getting restless, so on our way home from Blair Mountain we pulled off at an elementary school with a nice-looking playground. It was a Sunday afternoon in the middle of July, though it wasn’t hot, the West Virginia mountains towering over us and giving us shade. My wife stayed in the car with our infant daughter while I took our toddler son and headed for the slides.

We had the playground to ourselves. Things were quiet there, remote. I’m not sure a single car passed by in the thirty minutes we were there.

At one point, as my son ran toward the swings, I noticed a large sign standing nearby. Listed on the sign were donors who made the playground possible, a dozen or so names listed. Right at the very top of the list: Arch Coal and Massey Energy.

Driving on that road that day offered us a living display of Appalachian stereotypes. To get to Blair Mountain, we had taken US 119 south from Charleston, gotten off at Danville onto route 85 before switching over to route 17. This put us about an hour, give or take, outside Charleston, the state’s largest city. The road winded through mountains and took us by abandoned gas stations, trailer parks, dollar stores. Every few miles we’d pass solitary men walking along the road, each of these men almost looking identical to the one before: young, shirtless, gaunt. A couple homes flew the Confederate flag despite the fact West Virginia broke from the Confederacy to fight for the Union.

The 2020 book The Road to Blair Mountain: Saving a Mine Wars Battlefield from King Coal  explains the importance of our destination that day. In August 1921, union coal miners took up arms against coal companies that were backed by local and state law enforcement. The two sides clashed at Blair Mountain, resulting in a five-day battle described as the largest labor uprising in American history. Only when federal forces intervened did the fighting halt. Though I have lived in the Mountain State my entire life, I had never visited Blair Mountain. After reading the aforementioned book and with the 100th anniversary of the battle coming up, I decided it was time to see the land with my own eyes.

For a long time, Frank Keeney’s name—and the Mine Wars as a whole—was best left unmentioned throughout the entire state.

The Road to Blair Mountain, written by Charles B. Keeney and published by West Virginia University Press, is a nonfiction account of how a small group of activists used every legal avenue possible to keep the mountain preserved with the threat of mountaintop removal always looming. Keeney, a history professor, keeps the book engaging and focused. “…[T]his book is a memoir and not strictly an academic enterprise,” he writes in the preface. Keeney offers his own perspective on the ordeal, having served as president of the Friends of Blair Mountain organization and becoming a key participant in the fight to save the mountain.

Beyond this “activists versus industry” tension, there’s also a family drama at play as Keeney’s great-grandfather, Frank Keeney, was an important leader in the state’s Mine Wars a century earlier. Much of the book feels like the author’s reckoning with this past, discovering his great-grandfather’s legacy and finding some way to measure up to that legacy.

In the book, Keeney describes how he was a teenager before learning about his great-grandfather’s role as a unionist in the West Virginia coalfields during the first third of the 20th century. Frank Keeney first rose to prominence for his leadership during the Paint Creek-Cabin Creek strike of 1912-1913, one of the first major events in the Mine Wars. His leadership and influence only grew for the next decade, culminating in his involvement in the battle of Blair Mountain.

To many in the Keeney family, however, Frank’s name was best left unmentioned. Blair Mountain, after all, resulted in Frank’s indictment for murder and treason, though he’d ultimately be acquitted of the charge. “Most of my family did not see my great-grandfather as a hero,” Charles Keeney writes in the book. “Frank Keeney came out on the losing side of the Mine Wars. He led huge, violent armed uprisings and was responsible for killing people.”

For a long time, Frank Keeney’s name—and the Mine Wars as a whole—was best left unmentioned throughout the entire state. In the book, Keeney describes the mine guard system once employed by coal operators to monitor and control the miners they employed. Though Congress ultimately abolished this mine guard system in 1933, Keeney explains how yet another system took its place, something he deems the mind guard system.

Blair Mountain is a reminder that those of us in coal country do not always vote against our own interests, that we can and do fight for our rights as workers and as human beings.

In West Virginia, for instance, every eighth grader participates in a West Virginia studies course. For many years, the textbook for this course offered zero information about the Mine Wars, meaning that generations of West Virginians grew up without knowledge of key moments in their state’s labor history. This textbook, West Virginia: Yesterday and Today, was authored by Phil Conley, an individual who once served as managing director of the American Constitutional Association, an organization formed in direct response to the battle of Blair Mountain by capitalists frightened that strong unions would lead inevitably to communism.

“Those who observe coal country from the outside often wonder why mountaineers cling to a status quo that keeps them poor, damages their environment, and leaves them incapable of adapting to economic changes in the 21st century,” Keeney writes. Acknowledging the influence of King Coal in politics and how that influence can lead to an entire curriculum outright ignoring a big part of history is a good first step in recognizing that those in coal country may not be willfully ignorant. Rather, for generations, they have been manipulated, lied to, brainwashed.

As I read Keeney’s book, this part hit me hard. Though I am a writer, writing does not pay the bills. By day, I am a middle school teacher. Specifically, I am an eighth grade, West Virginia studies teacher. Reading how, in years past, my subject was used as a propaganda tool filled me with a burden of responsibility for future generations. I owe it to my students to teach them the whole story.

This means that we learn about coal companies who evicted miners from company houses by throwing all their belongings out onto the street. We learn how companies tricked immigrants, unable to speak English, into coming to their towns and signing away their rights with yellow-dog contracts and then paying them so poorly it made it impossible for the workers to ever save up enough money to start anew somewhere else. We learn how mine guards, from a passing train, unleashed gunfire upon a sleeping tent colony one night in Holly Grove, WV, wounding several and killing miner Cesco Estep as he was only trying to protect his son and pregnant wife from the barrage.

Thanks to Charles Keeney and the other determined individuals documented in his book, the mountain remains as a monument to a time when West Virginians bucked these stereotypes, to a time when they shook off their rugged individualism and banded together as a force of one. Blair Mountain is a reminder that those of us in coal country do not always vote against our own interests, that we can and do fight for our rights as workers and as human beings.

The Road to Blair Mountain ends with a victory, though it’s a certainly a victory that is bittersweet. The book shows how everyday individuals can take on big business and win, but it still reminds us of the difficulty in such an endeavor. Keeney mentions being tailed by black SUVs, the possibility that his cell phone and computer were potentially being surveilled by coal companies or someone even more powerful, the constant threat that a local miner could see Keeney and company as a threat to jobs and take matters into their own hands as a result.

As we drove home along route 17, I noticed a number of hillside trees growing at a crooked angle and it reminded me of the crook of a miner’s back. The trees bend as they grow toward the light, as they fight for that light. A hundred years ago, miners toiled and some died deep under the earth. They rebelled with strikes and unions and even with violence, such as the violence seen at Blair Mountain. Their backs may have bent but it’s important to see the bend not as a weakness but as a testament. Like the trees, they were fighting for the light.

Jeffrey Webb is a native West Virginian and teaches West Virginia. He holds an MFA in creative writing from West Virginia Wesleyan College, and has contributed nonfiction, including both reportage and criticism, to such places as Learning for Justice (formerly known as Teaching Tolerance), Belt, JSTOR Daily, and Bright Wall/Dark Room. 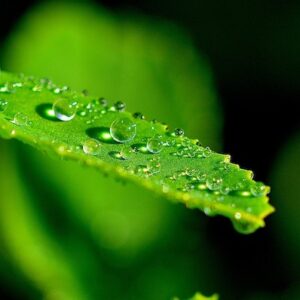 Bonnie Friedman on the Pleasure of Diving into Details The following is excerpted from Bonnie Friedman’s Writing Past Dark: Envy, Fear, Distraction, and Other Dilemmas in the Writer's...
© LitHub
Back to top