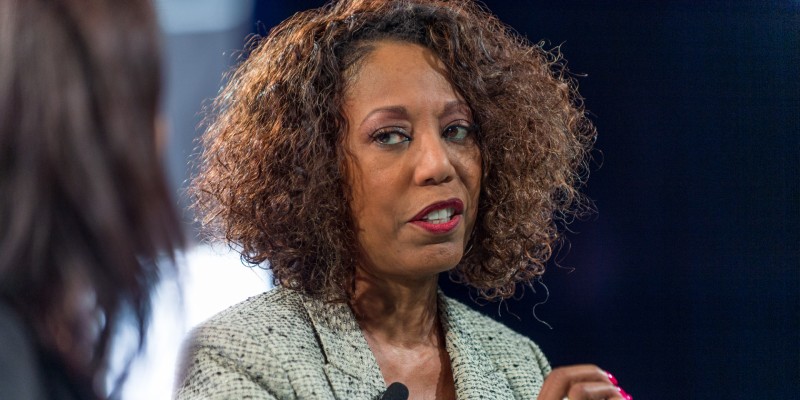 On today’s episode, Denise Young Smith, former Apple executive of talent and diversity, discusses how the leading technology companies can ensure they are agents for change and better represented.

Andrew Keen: What is your take on Silicon Valley’s responsibility towards racism and sexism in the workplace?

Denise Young Smith: I’m trying to remember the name of the gentleman who made the statement that every company is basically a technology company. But technology in and of itself has a responsibility to the world.

Andrew Keen: That was Reid Hoffman, the co-founder of LinkedIn and now a board member at Microsoft…

Denise Young Smith: Technology is an industry. It’s a philosophy. It’s an ideology. It is a force in our world today. And it encompasses pretty much everything that we do as a society today. So for it to not possess a core consciousness and awareness of its role in this world and of its role in in enforcing some of these systems and embedding some of these systems in our foreseeable future, through code, through algorithms, through intelligence, artificial intelligence, et cetera. For it to not see that is tragic.

Unfortunately, I believe that most of the large companies are very much aware of this in varying degrees. Some of them are just finding out about it. Some of them have a really good intrinsic knowledge of it. I believe that, unfortunately, many of them don’t know quite what to do or how to go about it, and I think that’s going to be something that we all have to figure out together. But we can’t afford for technology not to understand what is happening in the world and not to understand their role in it.

Andrew Keen: Denise, I don’t want to pick on Apple because I actually think Apple is one of the better Silicon Valley companies. But I’m holding up my iPhone now, and if you can see it it has perhaps an appropriately white case. Are you suggesting that products like the iPhone, do they come with a racial or a gender identity, given the fact that they tend to be designed by white men?

Denise Young Smith: If representation is not in the room when anything is designed or conceptualized, then it is going to be over-indexed in features that are unique to the mindset of the designers. Period. So representation has to be present in any place along the continuum of creation and design. It simply has to be. And that is the big conundrum, that technology and everything else, but primarily technology, because that’s what we’re talking about today. That’s what has to be solved, is at what point along the continuum does representation fit in? At what point is it? It should be a matter of it just being a foregone conclusion. That’s where we have to get to. And we’re so, so far from that. So it is not just Apple. I think Apple has a very solid awareness of it. You can take any of those companies singularly. And it’s not just them. It is the collective. It’s technology in and of itself and how it’s created, how it’s designed, and how it’s envisioned who and what is in the room when those things are happening. It’s just that simple.

Andrew Keen: Your business at Apple was indeed determining who was in that room. You were the head of diversity and talent. So you were in part responsible for figuring out who Apple hired. Is the problem, and, of course, one of the still most appalling things about Silicon Valley is the underrepresentation of women and of black and other minorities within these companies, why are they so underrepresented? Are the senior people in these companies are racist or do they just think in a white male way?

Denise Young Smith: I think you kind of answered your own question by the way that you asked it. But when a particular perspective or representation has been systemically admitted within that system, the system is going to create very much like itself. A company can talk about, I want a more representative pipeline. I want more representative executives coming in. I want all of these things. This is why people are using the word systemic, because there’s not just one construct that you can take and isolate and say if we fix this, then we fix the problem. You have to address the entire ecosystem.

You take a garden of roses and you want to grow tomatoes. You’re going to have to do something to re-cultivate that garden so that it is welcoming. It is embracing. It is nurturing of that new kind of plant, that new kind of presence. This is a holistic approach that companies have to take. To say, is it racism or sexism, of course it is to a reasonable extent. … This is something that has existed over many, many years. These systems predate technology. So technology was born into a system of a predominant force and predominant presence. This is what the country is built on. This is the conversation we’re all having now. Everyone is finally becoming aware that we are built on certain types of systems that are disadvantaged and ravaged some to the benefit of others. And if you build a society upon that premise, then, of course, the society and everything within it is going to reflect that.

Denise Young Smith is of the most prominent African-American female executives in Silicon Valley, Smith’s 20-year career at Apple includes leading human resources and most recently overseeing the company’s global effort for an inclusive and embracing culture and workforce. Prior to Apple, Denise offered talent, HR and management consulting expertise to early-stage businesses including Kleiner Perkins Caufield & Byers portfolio companies.

Morgan Jerkins on Feeling Like an Outsider Among Your Own Kin 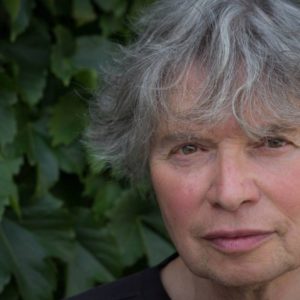