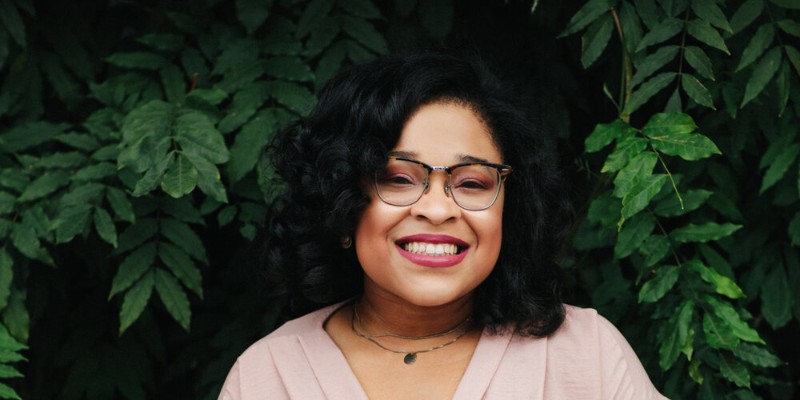 Morgan Jerkins on Feeling Like an Outsider Among Your Own Kin

This week on Reading Women

Kendra talks to Morgan Jerkins about her latest book, Wandering in Strange Lands, which is out now from Harper.

Kendra: what was it like tackling this project that is more of a continuous narrative versus your essay collection?

Morgan: Oh, my goodness. Well, I will say I feel like this book is night and day from my essay collection. I mean, there’s still a personal element, for sure. But my first book was so, so personal. And perhaps in certain ways, it was claustrophobic. Right? Because I was focused on me. And, you know, there were other participants like my mother made an appearance in there, friends of my sisters.

But this one I wanted to explore more because I knew that my story was larger. It was a part of a larger context of Black American experiences that are similar, but not so similar that there’s still some distinctions there. And I wanted to know how. And I always believed that much movement characterizes so much of African American life. And I thought about, well, why did we will move? Why do we continue to move? And what does that speak to our resilience? And yeah, it was like throughout the creation of this book, I realized that I was traveling to places that that I had never been before. Hence the title Wandering in Strange Lands, which is also from a line from an Arna Bontemps poem, where he speaks about, you know, there’s something that we have forgotten. And that really spoke to me because even though I’d never been to some of these places, I realized, like, still it’s a part of me. It’s a part of our collective history. And like I said, there’s so much at stake.

Kendra: In the beginning of the book, you give an anecdote about how one day your father pulled out a photo and said, “These are your sisters.” And you had never heard that you had had sisters before. Can you talk a little bit about that moment and how it related to your journey of writing this book?

Morgan: Absolutely. So I’ll never forget. … There was a moment after my first book came out. And my dad said to me, you know, I’m actually—I’m paraphrasing—but he said, “I was upset that you didn’t really include me as much in your first book as you did your mother.” And it was because I’d lived with my mother my entire life. I didn’t really know much about my dad’s family. And my mother and my father’s relationship was very complicated. It ended before I was even born. And so I didn’t know about my dad’s other family. And so when I was young, and I realized, oh, I have the other sisters this whole time? So what else do I know about that family? And that was sort of the impetus of me even understanding as a child that my family tree had way more branches than I thought. And that is why I wanted to open my book with that because there was also this curiosity, but also the shame. And it was like, well, I don’t really know who I am. I don’t really know how I fit. And that has persisted throughout my life for years.

Kendra: And you have a quote in the early part of the book that says that you felt like an outsider amongst your own blood. And I thought that was such a poignant way to phrase it. And, you know, I read The Cooking Gene last year, and that’s something you have a lot of similar aspects of your book to that book. And I think you even quote Michael W. Twitty in your book. You know, looking at your ancestry, it’s such a huge project. How did you even figure out where to start going about writing this book?

Morgan: Well, it’s tremendous. You know, I’ll say. I had to start from food because even though I knew that my mother couldn’t give me the origins of many of the stuff that we did, there was always food to hold on to, food that reminded me of something much older than any of my family members. And I would ask my mom about a particular tradition. I love looking at traditions that we feel like we just do, but always has a root there. And I thought about how New Year’s Day, New Year’s Eve, a lot of African Americans eat up, you know, collard greens for money, black-eyed peas for good luck. And I’m like, well, what is this about? Because it’s a little, you know, kooky if you’re not a part of the community. And my mom said it’s just something we did. And I’m like, no, I don’t think that that’s just something you did. That’s not. . . . Nah, I don’t think so. And I think what’s great about sometimes when you’re being a researcher is investigators just don’t take things at face value.

And when I looked at the recipes that we did, when I looked at the packages for some of the ingredients that we used, there was this Hoppin’ John recipe. And then I was like, okay, what is that from? Then I looked up, and it originated from the Lowcountry, which is a part of a particular region of Georgia and South Carolina. And when I looked at the Black people that lived in that area, they’re part of arguably the the oldest micro-ethnic group of African Americans in the country. It is said. . . . It is believed that 80 percent of enslaved Africans that arrived at the colonies passed through a Charleston, South Carolina dock, which is in the Lowcountry. And so I said, okay, well, if you had that many of, arguably, that many Black people pass through the Lowcountry and then spread out throughout the centuries and one of the biggest migrations was the Great Migration, then we have a connection to that place. And so why don’t I go there first? I knew I had to start by going to the South first, but why don’t I start there? And that is where the adventure began.

Morgan Jerkins is a senior editor at Medium’s ZORA magazine. Her work has been featured in the New Yorker, Vogue, the New York Times, the Atlantic, Elle, Rolling Stone, Lenny Letter, and BuzzFeed, among many other outlets. She lives in New York. 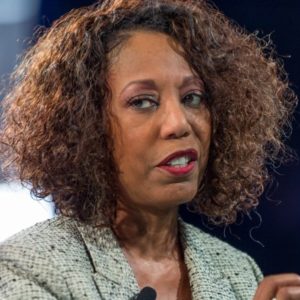