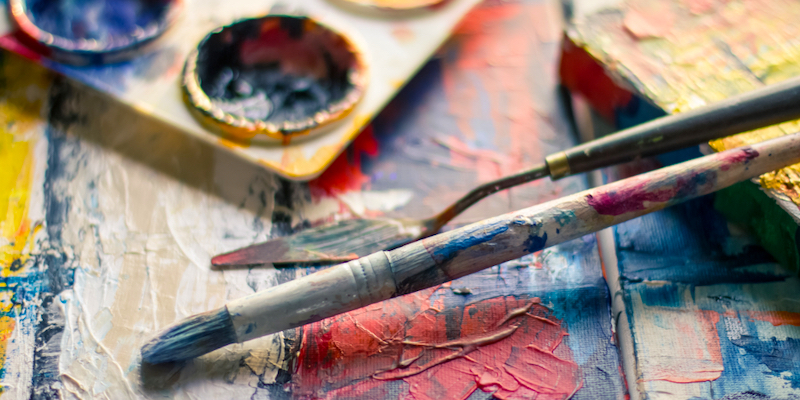 Jed Perl on the Creative Life

Art isn’t evolutionary. Freedom doesn’t continually chip away at authority. Freedom can as easily signify a strengthening of authority, a reaffirmation of authority. Many scholars of the avant-garde have seen the 20th century as a time when artists made an unprecedented commitment to new forms of freedom. Students of the visual arts frequently cite comments about the destructive element in the arts that Miró, Picasso, and Mondrian made at various points in their careers.

But an argument can also be made that what characterized the arts of the 20th century was a search for new forms of authority or new sources of authority. Twelve-tone music; the synthesis of world languages that Joyce developed in Finnegans Wake; Mondrian’s ideas about what he called “pure plastic art”: these were new forms of authority that the artist originated and then embraced. In the writings of Kandinsky, Klee, Malevich, Mondrian, and Schoenberg these new systems generate new freedoms.

In the 1920s, Mondrian developed a way of painting that he believed could say anything that painting had ever said, but with a greatly simplified and purified grammar and vocabulary. From then on, he limited his paintings to right angles, black lines, and rectangles of white, red, yellow, and blue. In “Plastic Art and Pure Plastic Art,” an essay he published in 1937, he argued that “art is fundamentally everywhere and always the same.” Painting always involves “the direct creation of universal beauty” and “the aesthetic expression of oneself.” (The italics are Mondrian’s.) He believed that with his verticals and horizontals and primary colors he could achieve an emotional and expressive range as great as the Old Masters, who worked with figures and narratives and variegated, sometimes unexpected forms and colors. The artist’s goal, so Mondrian argued, was always “to achieve a balance between the subjective and the objective.”

The subjective elements in the work of the Old Masters were the figures and narratives, which became objective as they were arranged in a composition with an overarching logic. “The work of art must be ‘produced,’ ‘constructed,’ ” Mondrian wrote. “One must create as objective as possible a representation of forms and relations. Such work can never be empty because the opposition of its constructive elements and its execution arouse emotion.”

In his paintings of the second half of the 1920s and the early 1930s, Mondrian celebrated this demanding dialogue in works of voluptuous austerity. He pared down his resources until it was possible to imagine a painting with only two black lines, one vertical and one horizontal, and one or two rectangles of color. But as the years passed, without ever abandoning these pure plastic relations, he began to assert new forms of freedom within the authority that he had almost single-handedly established. He found himself rethinking the possibilities. Authority turned out to be fluid. Mondrian multiplied the elements, doubling and tripling his black lines, crowding more and more rectangles of color within those lines, and adding colored lines.

An artist’s engagement with authority and freedom can take many different forms.

Although it was only two years before his death that he had his first one-man show, at the Valentine Gallery in New York in 1942, Mondrian had been a figure much admired in international avant-garde circles since the 1920s. In the United States the new language that he created was embraced by a number of younger artists who were able to discover fresh possibilities within his pure plastic relations. Burgoyne Diller took the dance-like rhythms of Mondrian’s later paintings and, while preserving the master’s faith in the primary colors, forged his own choreographies, which ranged from the slowest adagios to the wildest rondos.

Ilya Bolotowsky, while totally embracing Mondrian’s strict verticals and horizontals, gave pure plastic painting a fresh hedonistic charge by creating lush orchestrations of a range of different reds, blues, or yellows within a single painting, something Mondrian hadn’t done. In excavating and distilling the elements that he believed made art in all times and places fundamentally the same, Mondrian provided, at least for some, a guide to the future.

Probably the most famous of all 20th-century statements about the importance of authority in the arts is T. S. Eliot’s essay “Tradition and the Individual Talent,” first published in 1919. “No poet, no artist of any art,” Eliot asserted, “has his complete meaning alone. His significance, his appreciation is the appreciation of his relation to the dead poets and artists. You cannot value him alone; you must set him, for contrast and comparison, among the dead”—against, in other words, the authority of tradition. That authority, much like the authority that Hannah Arendt spoke about, doesn’t inhere in a particular person or thing. “What happens when a new work of art is created is something that happens simultaneously to all the works of art which preceded it,” Eliot wrote.

“The existing monuments form an ideal order among themselves, which is modified by the introduction of the new (the really new) work of art among them. The existing order is complete before the new work arrives; for order to persist after the supervention of novelty, the whole existing order must be, if ever so slightly, altered; and so the relations, proportions, values of each work of art toward the whole are readjusted; and this is conformity between the old and the new.” So far as Eliot was concerned, the poet’s emotions aren’t heartfelt in any usual sense of that word, but are “an expression of significant emotion, emotion which has its life in the poem and not in the history of the poet. The emotion of art is impersonal.”

For all that’s persuasive in Eliot’s essay, I think he pushed authority too much in the direction of something singular and unified; there’s a whiff of authoritarianism in his view of authority. That’s where I believe he lost his way. I’m not sure he recognized how idiosyncratic and variegated the exercise of creative freedom can be. The debate between authority and freedom doesn’t achieve a smooth resolution every time. Michelangelo’s architecture left authority—and the “authorities”—reeling. The artist can approach authority in different moods, from grave, reverent, and saturnine to skeptical or even satirical.

The revival of interest in classical stories, images, and structures that swept through the arts in Europe in the years around World War I (Eliot was part of it) generated many views of authority and many forms of freedom. You see this new classicism in works as varied as Joyce’s use of the narrative of Homer’s Odyssey in Ulysses; the reimagining of Apollo, Orpheus, and Greek athletics in the trilogy of ballets on which Stravinsky and Balanchine collaborated; Satie’s Platonic chamber opera, Socrate; and Picasso’s immersion in aspects of Mediterranean culture ranging from the legend of the Minotaur to the austerely erotic figures engraved on Etruscan mirrors. De Chirico’s disquieting vistas, with their classical statuary and colonnades, fueled the altogether anti-classical visions of the Surrealists.

An artist’s engagement with authority and freedom can take many different forms. Sometimes the playful and melancholic elements come together and the artist’s engagement with authority suggests a saturnine comedy. You find that equivocal atmosphere in many works by Balthus, the brilliantly independent painter who was friends with André Derain and Alberto Giacometti and died in 2001 at the age of 92. Balthus’s paintings can be simultaneously stormy and serene. His attitude toward the past is mystical—a reverent but radical reimagining of the past that recalls the observation of the scholar Gershom Scholem, in the opening pages of his book On the Kabbalah and Its Symbolism, that in the hands of the mystic personality “the sacred text is smelted down and a new dimension is discovered in it. In other words: the sacred text loses its shape and takes on a new one for the mystic.”

Another kind of mystical transformation—a sort of sinister game—often animates the fiction of Jorge Luis Borges. “Pierre Menard, Author of the Quixote,” Borges’s famous story about a man who replicates Don Quixote word for word and produces something better than the original, offers a perverse allegorical twist on the perpetual struggle between authority and freedom. Authority can be a house of mirrors. A great artist turns round and round in that house of mirrors and somehow feels free. In the final scene of Balanchine’s Vienna Waltzes, the ballerina Suzanne Farrell, for whom the role was first conceived, dances before a bank of mirrors to an arrangement of waltzes from Richard Strauss’s Der Rosenkavalier. She’s simultaneously acknowledging the weight of history—the long history of the waltz as it unfolds in the four earlier sections of the ballet—and asserting her own freedom as a dancer. The past becomes a mask that reveals the truth. 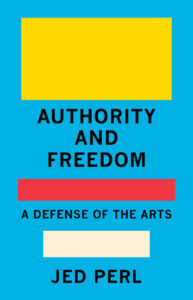 Excerpted from Authority and Freedom: A Defense of the Arts by Jed Perl. Copyright © 2022 by Jed Perl. Excerpted by permission of Alfred A. Knopf, a division of Penguin Random House LLC. All rights reserved. No part of this excerpt may be reproduced or reprinted without permission in writing from the publisher.

Jed Perl is the author of the two-volume biography of Alexander Calder. For twenty years, he was the art critic of The New Republic. His previous books include Magicians & Charlatans, Antoine’s Alphabet, and New Art City. He lives in New York City.

A Personal Catalogue of the World’s Most Storied Bookstores 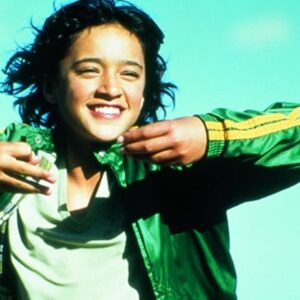 When filmmaker Taika Waititi dedicated his 2020 Oscars win to artsy indigenous kids worldwide, it was just the latest example...
© LitHub
Back to top
Loading Comments...