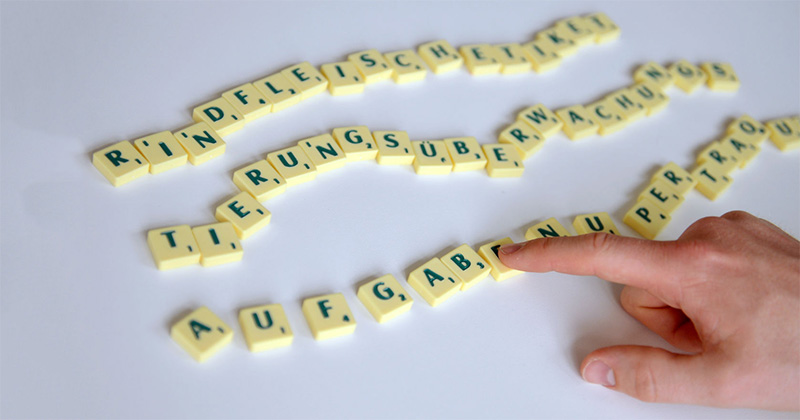 Emanuel Bergman on Cheese, Val Kilmer, and Finding a Home in Two Languages

In the early 90s, I had a puzzling conversation with a college classmate. He told me about a movie he’d seen. I asked him if he liked it.

I had just arrived in the United States to study abroad. The movie in question was a crime thriller called Thunderheart, with Val Kilmer. I hadn’t seen it myself, but I was intrigued by his review. So I went to see it. The plot involved a murder, a cover-up and several attempts to assassinate Val Kilmer. But as far as I could tell, it had nothing to do with cheese. So I confronted my classmate: “You told me it was cheesy,” I said. “Where was the cheese?”

I learned that the term “cheesy” meant something entirely different from what I had thought. By that point, I had already studied English for many years. As a child, my parents had taken me to New York once or twice, and after their divorce, my mother had briefly moved us to Texas. She was going to marry a Texan, but he cheated on her with an Air Hawaii stewardess who had sent secret love messages embedded in incriminating coconuts. Adios, Texas. We went back to Germany.

In hindsight, my knowledge of English had improved somewhat during my time in Texas, but subtleties still eluded me. Texans, I found, speak with a very particular tone and rhythm. It still warms my heart to hear it.

After my high school graduation, I moved to Los Angeles and realized just how limited my English was. English was so different, so imprecise. After all, the German word “käsig” means just that: “cheese-like.” But in English, I could never be sure of anything. Important words seemed to be missing. Why is there no word for “Schadenfreude”? Or “Gemütlichkeit?” Pronunciation was unpredictable. Why is “but” pronounced differently from “butcher?” Unlike German, or Spanish, English is not a phonetic language, which made it incredibly hard for me to learn it.

In German, you can be very precise. You can compound nouns, which explains those very long words you occasionally see. The longest word we had, until recently, was “Rindfleischetikettierungsüberwachungsaufgabenübertragungsgesetz.” It roughly translates as “law for the transfer of supervision duties for the proper labeling of beef.” It dates back to the late 90s, when Mad Cow Disease was all the rage. Now that the cows are no longer mad, it’s been decommissioned. I, for one, will mourn its passing. It will enter the graveyard of discarded language, along with “Pantoffelheld” (henpecked hero), “Hupfdohle” (a hopping bird, i.e. a ballerina) and—one of my favorites—”Jahresendflügelfigur.” This last one is a relic from East Germany, where “Christmas tree ornament” was a dangerous term. In an atheist regime, religious language was politically incorrect. In a nation of moral flexibility, no one wanted to speak of angels. Hence: “year’s end celebration winged figurine.”

I was born and raised in Germany. German is my native language. The first words of love and comfort that I ever heard were in German. No wonder, then, that I’m passionate about my language. For me, it’s a thing of near-perfect beauty. Not everyone agrees. Mark Twain, for example. In his 1880 essay “The Awful German Language” he complains bitterly about separable prefix verbs, adjective declension, compound nouns, and other endearing linguistic quirks. Most perplexing to Twain—and to many unhappy language learners—are the gendered nouns. There is, according to Twain, “no sense or system” to them. “In German, a young lady has no sex, while a turnip has,” Twain complains. “Think what overwrought reverence that shows for the turnip, and what callous disrespect for the girl.”

That’s true enough, I suppose. There really isn’t a system at work here. But there is something else: Poetry. Language isn’t just rules and logic. It’s music. Each language has its distinct tonalities. Sentences aren’t simply sentences. They’re compositions. They have a rhythm. They have a melody. Different languages have different keys.

As a child, the first time I heard English was on a train. I was perhaps two or three years old, and I heard an elderly couple (any adult was elderly to me) speak in a language that hardly sounded human at all. They weren’t speaking—they were quacking at each other like frogs, the words undulating and indistinct, entire sentences merging into one long, mouthy sound, differentiated only by the pitch and rhythm of the quacks. I decided to communicate to these people in their own language—I, too, started making frog-like quacking noises. It was my way of saying hello. But they looked at me with annoyance. It was my first attempt at speaking English. I resolved that one day, I, too, would learn the mysterious tongue of the frog people.

It’s taken me years to become aware that learning a new language wasn’t just about understanding grammar and building a vocabulary . . . more than anything it was about nuance and culture. More than once, I put my foot in my mouth, and by that I don’t mean that my actual foot was in my actual mouth. But I adjusted, and I learned. English and German have common origins, Anglo-Saxon, or Old English. There’s a lot of overlap, but there are also some crucial differences. English is a left-leaning language, meaning that relevant information tends to be clustered on the left side of a sentence. German, on the other hand, is a right-leaning language. (We are a generally a right-leaning people.) As a result, German sentences can surprise you with an unexpected verb or participle at the end of a sentence.

We don’t do this just to mess with you. We do this because the German language has a parenthesis structure, all relevant information is framed by verbs. It’s a language that likes to invade from all sides. This means that Germans read and speak differently; we scan to the end of the sentence, then we go back and parse it. Understanding this, in my view, is crucial to understanding how English speakers and German speakers think differently. English speakers make it up as they go along; German speakers have to know where they’re going.

I’m more or less fluent in English now. When I wrote my first novel, The Trick I wrote it in part as a way of bridging the gap between English and German, between the United States and my former home. One of the lead characters, a failed and selfish magician by the name “The Great Zabbatini,” is a German-Jewish immigrant, like me. Unlike me, he is a refugee from Hitler’s Germany. Parts of the book take place in contemporary Los Angeles, others in 1930s Germany. As an immigrant to this country, I feel in myself a schism between languages and cultures. I feel uprooted. I feel homeless. I decided to set the story right in this gap.

I wrote the first draft in about six weeks, in English. When I was finished, the manuscript was greeted with resounding silence. It took seven years for it to get published—in German. So I rewrote the entire book in German, adding new chapters and characters. Then, I translated everything once more back into English.

The English book and the German book have their own voices. Each book has its own language, its own rhythm, its own sense of humor. And, in truth, I no longer know which language is “truly” mine to write in, but I have found a home in both of them.

Emanuel Bergmann’s The Trick is available now from Atria Books.

Emanuel Bergmann was born in Germany and is a journalist and translator. He has been living in Los Angeles since 1990. His first novel, The Trick, is an international bestseller. 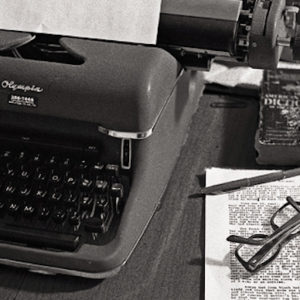 It’s no news that Charles Bukowski was a one-of-a-kind writer: womanizer, boozer, Dirty Old Man, two-bit ignorant who couldn’t...
© LitHub
Back to top