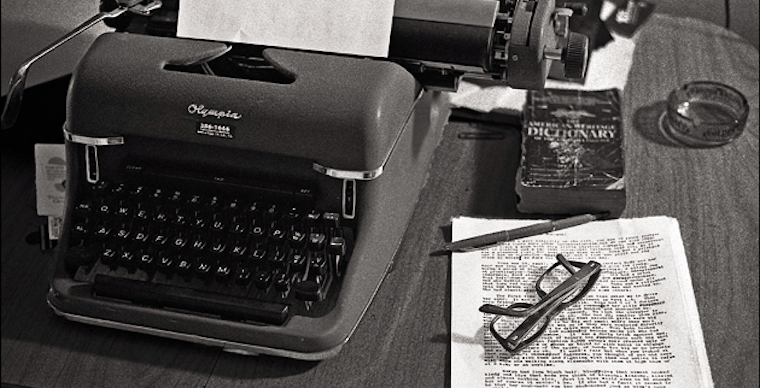 It’s no news that Charles Bukowski was a one-of-a-kind writer: womanizer, boozer, Dirty Old Man, two-bit ignorant who couldn’t tell Hercules from Hitler, bar-room brawler, Shakespeare of the sewers, and many more not-so-flattering myth-making depictions are still making the rounds—admittedly, some of them were self-mythologizing, deliberately perpetuated by the man himself. Early on, he learned that controversy would help boost sales; using a close-up of his ravaged face on the front cover of his then-shockingly titled Erections, Ejaculations, Exhibitions and General Tales of Ordinary Madness proved his point: he loved reactions as much as sales.

For a controversial writer who always seemed to be on a binge, he was prolific beyond words. Writing some 5,000 poems should be proof enough. But how—and when—did he manage to pump out so many poems? His German discipline and endurance helped; his slovenliness didn’t.

After a rather hesitant beginning as a poet in the 1940s and 1950s, Bukowski began to see himself as a genuine poet in the 1960s, submitting his poetry to anyone and everyone. Most small press editors were dumbfounded: “Who’s this guy? Where is this unique voice coming from?” They liked Bukowski’s sense of immediacy and rawness, and printed his poems in their little magazines quite frequently, faithfully reproducing them, typos and all. By the end of the decade, he was the most published poet of the small press scene and he was hailed as King of the Underground. Quite a feat for someone who was working full-time at the post office and drank himself into a stupor almost daily.

His carelessness didn’t help much, though. In the early 1960s, he began to submit his work to tons of little magazines. Many poems got lost in the mail, and he didn’t make carbon copies: “If I keep carbons, I too am a posturer looking for gravy and easy light,” he said at the time. By 1967, he claimed he had lost some 500 poems in this fashion. His then friend professor William Corrington was so upset by Bukowski’s stubborn refusal to make carbon copies that he called him “fucking anarchist.” Not entirely inaccurate, some would say.

Things changed when John Martin came on the scene. Martin, who pretty much founded the now mythical Black Sparrow Press to publish Bukowski’s poetry, persuaded him to make copies of everything he wrote, and Bukowski complied: he usually made two copies, one for Martin and one for the little magazines, while keeping the original typescript. Bukowski eventually sold his archives to several libraries.

Martin was entirely responsible for selecting and editing the material that appeared in the poetry collections. As he explained to me back in 2014, “Bukowski, all the way back to that first book, At Terror Street and Agony Way in 1968, never bothered to select the poems for his own books. He would send me everything he wrote, by the week. I would keep his manuscripts on file. Then once a year I would go through the manuscripts, pick out two hundred pages, three hundred pages worth of poems, put them in order, do whatever small editing was necessary, and send Hank the proposed manuscript. He never changed a thing.” This is accurate. Bukowski read the proofs, green-lighted the project, and Martin put it out. Bukowski, being so prolific, didn’t have much time to carefully go over the proofs, and didn’t notice—or didn’t mind—those small edits. As he used to say, all he cared about was the next line. He wrote the poems and then pretty much forgot them.

What’s not so accurate is that Bukowski asked Martin to put aside some of his best poems to be published after his death. That’s one of those myths still making the rounds, especially online. All Bukowski ever did was flag his favorite poems with a star [*] when sending a new batch to Martin, but he never said, “Hey, John, print these in the next book!” or “John, these are so good, print them when I’m gone.” He just flagged them, and only for a very short period of time in the mid-1970s. All the editing was done by Martin. Bukowski was no prima donna, and he was confident that Martin was doing a good job. All the poems published posthumously were picked and edited by Martin as well, as he had done when Bukowski was alive. Overall, Bukowski was happy with Martin’s editing, although he voiced a few minor complaints over the years.

In the mid-1980s, Bukowski said that Martin only published one-sixth of his actual output—on the grounds that printing more books would flood the market. In a 1986 letter to Martin, he elaborated on this: “What I am beginning to realize is that Black Sparrow can only publish what it wants to […] It’s like you have a freak monkey in a cage to display at your behest […] You keep holding back on me while my readers are in a rage for a taste of more […] This is murder. You are killing me. No poet in his time has been restricted as you are restricting me.” Murder or not, some of those unused poems are featured in Storm for the Living and the Dead.

Bukowski also claimed that Martin wasn’t keen on printing his “wilder” material, partly blaming Martin’s Christian Scientist beliefs. In Storm there are a few poems that some people will definitely consider wild, if not downright obscene: “love song,” “tough luck,” “warm water bubbles,” and “I thought I was going to get some,” among others, are good contenders for their shock value—perhaps not so much nowadays as back in the 1970s.

Finally, Bukowski would go apeshit over Martin’s refusal to print large batches of poems in little magazines such as The New York Quarterly and the Wormwood Review, especially if they were intended to be published as chapbooks. Martin felt those chapbooks could hurt Black Sparrow Press sales. Clearly upset, Bukowski said he wouldn’t have time to lick so many envelopes if he were to submit smaller batches to a larger number of magazines—submitting was a tedious, time-consuming process for someone so prolific as Bukowski. In the early 1990s, for instance, his production increased considerably after receiving a computer as a Christmas present. He was like a kid with a new toy, writing poems almost feverishly every night well past midnight. The little magazines could not keep up with his mammoth literary output: “I’m running out of magazines to send to. Even some of the university publications are taking my things now,” Bukowski wrote to Martin in 1992. It makes sense then that Bukowski was sometimes mad at Martin for asking him to stop submitting those large batches of poems to small press editors.

Despite these complaints, Bukowski was quick to praise his relationship with Martin in his poetry and correspondence, saying how proud he was of their “magic journey” together in 1982. Ten years later, his feelings were unequivocal: “We’ve worked in total trust and harmony, I don’t ever remember a single argument about anything.” Of course, chances are he would have changed his mind if he had seen the baffling edits made to some of his poems posthumously. But that’s another story for another time. Meanwhile, the 72 previously uncollected poems and 26 previously unpublished poems featured in Storm for the Living and the Dead are all untampered with. This is the first all-new-poetry collection in 25 years to faithfully reproduce Bukowski’s poems as he wrote them.

Storm for the Living and the Dead, by Charles Bukowski (edited by Abel Debritto), is available now from Ecco. 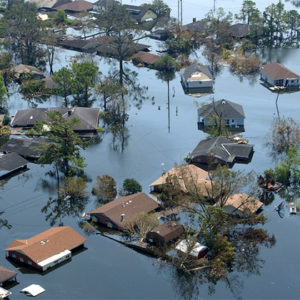 An eerie suspense hangs over the country following the recent bout of hurricanes. Seas are rising, spirits are falling. Awareness...
© LitHub
Back to top