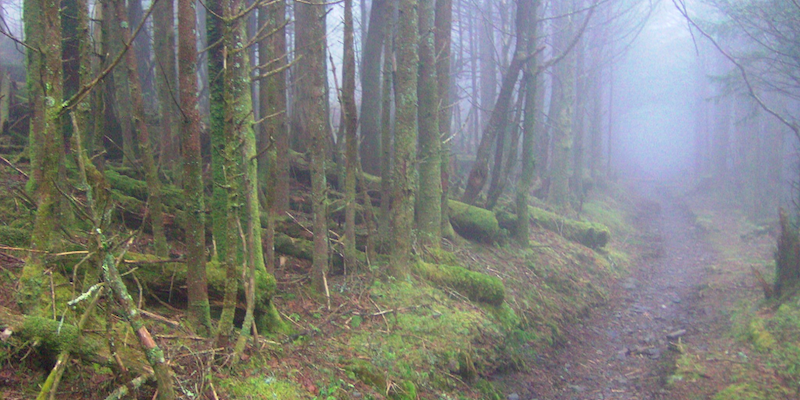 By the mid-1990s, Bill Bryson was an established bestseller in his adopted home of Great Britain, but success had not come so readily in the US market. His next book would be targeted to an American audience, but his stock in trade was the humorous travel narrative, and he had already published, to a very mixed reception, his take on the classic American road trip. Bryson needed a journey to undertake, one with a distinctly American character.

He says the idea came to him while out for a walk in Hanover, when he noticed the Appalachian Trail heading up into the woods on the outskirts of town. Thru-hiking the AT, he wrote in the opening pages of the ensuing book,

would get me fit after years of waddlesome sloth. It would be an interesting and reflective way to reacquaint myself with the scale and beauty of my native land after nearly twenty years of living abroad. It would be useful (I wasn’t quite sure in what way, but I was sure nonetheless) to learn to fend for myself in the wilderness.

And it would, in the vein of Horace Kephart’s retreat to the Appalachians some 90 years earlier, provide a venue for Bryson’s publishing ambition. He recruited his old friend Matt Angerer to be his hiking companion, and the two set out from Georgia’s Springer Mountain in March of 1996. Like so many long-distance AT hikers, they spent the first several days getting accustomed to the trail, figuring out what worked for them and what didn’t, establishing the routine of their hiking days. And then it dawned on Bryson: virtually all there is on the AT is the routine of the hiking day. Walking, eating, sleeping. Trail, trees, and more trail. There was none of the rapid-fire change of scenery and cast of characters that his earlier travel narratives had relied on.

“Every night when I’d crawl into my tent, I’d just think, ‘I don’t know what the hell we’re doing out here, cause I’m not going to get a book out of this. There’s nothing going on.” The deeper satisfactions of the trip were not entirely lost on him, but he was first and foremost a writer on assignment, not a long-distance hiker for its own sake. Unable to envision how life on the trail would plausibly lead to any book at all, let alone one on a par with his considerable success to that point, he began to doubt the whole enterprise.

It dawned on Bryson that virtually all there is on the AT is the routine of the hiking day. Walking, eating, sleeping.

His hiking partner, meanwhile, was not in a good place. Angerer had spent his adult life wrestling with addiction, occasionally in trouble with the law, and had agreed to join Bryson on the hike in part so that a change in scenery would help him stay sober. His outlook on the world at that point was not especially bright. Instead of the carefree raconteur Bryson had been expecting, Angerer was, for the bulk of their time together on the trail, depressed and withdrawn.

Morale did not improve when the two novice trekkers hiked into a spring snowstorm in North Carolina, a genuinely dangerous situation that eventually necessitated a few bored and idle days off the trail in a motel. Ultimately, though, the hardest part for Bryson was the loneliness of being separated from his family. That had always been the least attractive aspect of his writing career, but the isolation of life on the trail proved to be a step beyond what he could live with.

“I have never been so wretchedly homesick,” he recalled. Talking to Cynthia in faraway New Hampshire required a reluctant detour away from getting trail miles underfoot, in the hopes of finding a pay phone. “And you call home and nobody answers, cause they don’t know when I’m going to call, so she’s gone to the grocery store or something, and you just think, ‘Do I go back on the trail and try again in a few days, or do I sit here for a half an hour, hour, what do I do? I just want to hear my wife’s voice.’ It was terrible. It was awful.”

Discouraged and demoralized, after reaching the center of Great Smoky Mountains National Park, 200 miles along the 2,100-mile trail, Bryson pulled the plug.

“It was like somebody hit me in the forehead with a sledgehammer. It was just like, ‘I’m never going to do it.’”

He was not going to hike the entire AT, but Bryson still had a book to deliver. In fact, freeing himself from the requirement of trudging every last inch of trail made it possible for him to engage the trail—as both a hiking challenge and a writing subject—on his own terms. He and Angerer would skip ahead to hike the trail through Shenandoah National Park in Virginia, then part ways while Bryson tackled smaller trips on his own, and meet up to hike a concluding segment in Maine. As a long-distance hiker, Bryson had been considerably out of his element. But as a peripatetic gatherer and teller of stories, he was back on the authorial home turf that had won him such success in Britain. Hiking on the AT would be central to the book’s structure, but not always its content; the trail was the scaffolding on which Bryson could array his signature pieces of research, observation, and humor.

An annoying fellow hiker with whom the two men had shared the trail early on yielded several pages of comic ridicule. The Park Service and the Forest Service came in for rants against clueless bureaucracy. The possibility of a bear attack called for copious research and the darkly humorous recounting of Bryson’s anxiety. Perhaps most significant for the success of the book, the dejected, sullen Angerer transformed into the hilariously grumpy Stephen Katz. A Walk in the Woods became something of a buddy comedy.

Bryson had initially drafted a more realistic picture of Angerer/ Katz but came to the conclusion that such a downer of a character would sink the book.

He was quite depressed at this time, he was struggling with chronic alcoholism, he’d had a long-term relationship fall apart, he was feeling sorry for himself, he hadn’t had a decent job for years, he just felt like life had kicked him in the balls and he wasn’t doing very well. And I portrayed all of that. And it was just depressing. And I just thought, this is just terrible, this isn’t going to work at all. And then my revelation with that was, instead of making him just depressed, I just made him angry, which he also was. I made it much more that he was angry with the trail rather than angry with life. Cause he was. He was angry at the trail, cause it was so hard, and I just sort of dropped off the other reasons that were making him an angry person in life. And so it really became the two of us against the trail. And then it started to work much better, I think, as a narrative.

His massaging of the source material notwithstanding, Bryson retained a piercingly intelligent commitment to rendering the world—Angerer, the AT, himself—in a sincere way. The conclusion of the book, featuring the two men’s second abandonment of the trail after nearly losing Angerer to Maine’s 100-Mile Wilderness, touchingly comes to terms with some uncomfortable truths, not least nature’s complete indifference to whatever convenient tales of redemption one might want to imagine for it.

For those within the AT community, the book was a massive shock to the system, the uninvited guest who turns the music up to eleven and invites all his friends over.

A Walk in the Woods was released in the United States in the spring of 1998, two years after Bryson and Angerer had set off from Springer Mountain, and it was a triumph. One reviewer called Bryson “a satirist of the first rank, one who writes (and walks) with Chaucerian brio.” Another wrote that for all Bryson’s humorous hijinks, “it is a serious book. . . . By playing on our fears, he captures the ambivalence of our feelings about the wild. We revere it but we’re also intimidated.” Several appreciated that the book gleefully dispensed with the need to describe every inch of the trail.

The buying public couldn’t get enough of the book. It hit the New York Times bestseller list almost immediately and stayed there for thirty-five weeks, eleven of them in the top five; the paperback version was a bestseller for over two years. Bryson’s is, by orders of magnitude, the most-read book about the Appalachian Trail. For many people it is almost synonymous with the trail itself, the instant association they make when the AT is mentioned.

For those within the AT community, however—resolute long-distance hikers, trail maintainers, and club volunteers —the book was a massive shock to the system, the uninvited guest who turns the music up to eleven and invites all his friends over. Appalachian Trailway News, the ATC’s newsletter, diplomatically took note of the book’s excesses, while appreciatively stating that it contains “the best history of the Trail ever held to three pages.”

But letter writers from the ATC membership were appalled. They called out Bryson for his lazy and demeaning caricatures of southerners, his ill-informed complaints, and his apparent disinterest in the trail’s larger ideals. Perhaps his greatest sin was that he was an interloper turning their beloved trail into slickly produced fodder for the pop culture. “There are those who hike the A.T.,” one correspondent wrote. “There are those who hike the A.T. and write meaningful, accurate books about it. And, there are those who don’t bother hiking the A.T., but, what the heck, they write about it anyway.”

Another said that “the last straw was the typical quitter rationalization, ‘I didn’t quit; my goals changed.’”

As a practical matter, what the book meant for the AT community was a surge in popularity, and the attendant problems of wear and tear that had to be managed. In the first hiking season after the book’s release, the ATC estimated a 45 percent increase in starting thru-hikers, which is roughly representative of the overall increase in trail use. Estimated trail use peaked in 2001, three years after the book’s release, before the Walk in the Woods bump receded.

Philip D'Anieri teaches courses on the built environment at the University of Michigan. He worked in public radio journalism and state government before earning a PhD in urban and regional planning at Michigan. He lives in Ann Arbor. 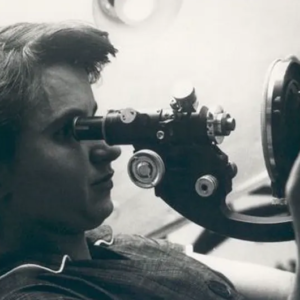