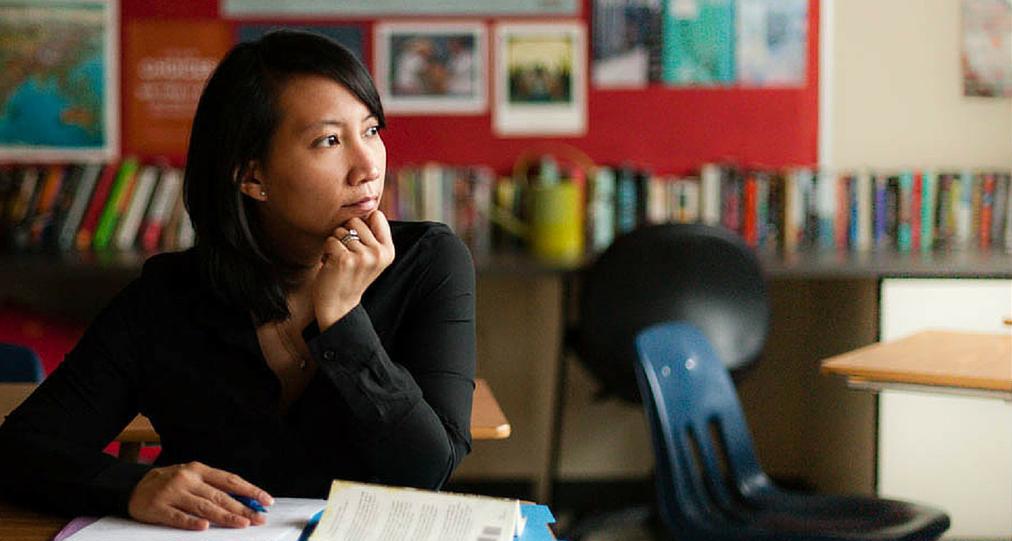 High School English: Balancing the Job with the Calling

In this new monthly column for Lit Hub, I’ll be sharing the experiences of high school English teachers across the country—the joys, the struggles, and what keeps us coming back to the classroom. I’ll try to get to the heart of what Andre Dubus would write on his chalkboard at the first meeting of his classes: “Art is always affirmative, because it shows us that we can endure being mortal.” This column is an affirmation that teaching is eccentric, wild, and sometimes beautiful.

Before he entered a Trappist monastery in the woods of Kentucky, Thomas Merton taught freshman composition at Columbia in Harlem. He told students that “they should stick to concrete and tangible evidence” in their writing. One student responded by “handing in descriptions of shoe factories that made you feel as if you were being buried under 50 tons of machinery.” Merton learned, “with wonder and fear, that teachers have a mysterious and deadly power of letting loose psychological forces in the minds of the young.” The “rapidity, the happy enthusiasm” with which students often follow “hints and suggestions—but with the wrong response” is enough to make teachers “run away and live in the woods.”

I do head for the woods each day after teaching—to run on the trails. But I get Merton’s point. You need a nearly monastic patience to teach high school English. Some days the classroom feels like a symphony; other days, a threnody. Each day is a surprise.

Like Merton, I’ve taught freshman composition, and know there’s not a world of difference between those students and the high school seniors that I teach every day. English—or the Humanities, the department name at my school—is the study of story, language, and communication. The study of us.

I’ve been thinking about teaching and patience at the start of the new school year. And whenever I think of patience as it relates to the classroom, I’m drawn back to the idea of teaching as a vocation—a calling. A vocation need not be patently religious or spiritual, but there are elements of those worlds. The feeling that we are drawn to be something more than ourselves.

What does it mean to consider teaching a vocation rather than a job?

I asked Tricia Ebarvia, an inspiring and talented teacher, what she thinks of teaching as a vocation. This is her 19th year teaching high school English. She’s the department chairperson at Conestoga High School in Berwyn, PA, located outside Philadelphia. She was a Heinemann Fellow from 2016-2018, where she wrote regularly about creating an inclusive literacy classroom (her infographic is a must-read for teachers of all levels). Her thoughts about teaching have appeared in The New York Times, English Journal, and Education Week.

Ebarvia seemed like the perfect person to ask, since she’s used the word vocation to talk about teaching. During the first week of each school year, she invites students to ask her questions on index cards. “Inevitably,” she recalls, “a student asks what my dream job would be. It’s an interesting question, because it assumes that my dream job would be something other than teaching.” She explains: “But the truth is, I can’t imagine doing anything else but teaching. I’ve always believed teaching to be a vocation—from the Old French, ‘a calling’—and not just a job.”

What does it mean to consider teaching a vocation rather than a job? What is the difference between those identities in the day-to-day life of a high school English classroom? “I’m conflicted on this,” Ebarvia tells me. “I do believe that there is nothing else I have been called to do but be an educator. It’s where I think my talents and abilities can be best served toward the public good. I think this is what, for me, distinguishes a job from a vocation.”

She continues: “That said, even if I consider teaching a vocation, it doesn’t mean it’s not a profession and that teachers shouldn’t be treated as professionals. I worry that when we overemphasize teachers are ‘doing it for the kids’ (which is not what I necessarily mean by ‘vocation’), we expect teachers to be compensated in the ‘satisfaction’ of ‘doing what they love’ rather than true professional—monetary or otherwise—compensation.”

Being a professional means recognizing what kids need beyond the texts we teach.

She’s right. Teaching, done correctly, is a demanding, exhausting job. You’ve got to give a lot of yourself—emotionally, intellectually—for many kids each day. (For most of us, that is about 125 different kids across our daily classes). English is such a dynamic subject that in any given class period, we might examine poetry and fiction, pop culture and history, rhetoric and identity. Not to mention little topics like life, death, and what it means to be alive.

I think Ebarvia models what it means to be a teacher-as-professional—and also as one drawn to it through vocation. She puts kids first, where they belong. “Kids have stories to tell,” she says. “Our job is to be intentional about making the space in class. This means offering mentor texts and models for authentic storytelling, then giving students time in class to draft, workshop their writing with peers, and revise.”

Being a professional means recognizing what kids need beyond the texts we teach—perhaps nothing more than humility. Ebarvia laments that often students don’t “have good models of humility for them in society. Given today’s polarized times, students often see public figures and celebrities who model the exact opposite of humility: cultural and intellectual arrogance (or ignorance). I think teachers can model humility by sharing their own stories of times they learned they were wrong.”

She told me about how, while teaching The Things They Carried, a friend sent her an article about the book “that pointed out the ways in which the Vietnamese characters were objectified and exploited. I had never read the book through that lens, and I had just spent the last few weeks analyzing the book without that lens with my students. I felt terrible. I shared the essay with students and the shame I felt, even as an Asian American, that I didn’t consider that point of view, and the impact that it might have on other readers. Because students often think that teachers are supposed to have the answers, I think it’s important to show them that continual growth is critical, and that means admitting when your own learning is either incomplete or wrong.”

Ebarvia concludes: “I believe the work teachers do is some of the most critical work we can do. While they have yet to be a truly democratizing force (in fact, I’d argue that schools have done just as much to perpetuate and institutionalize societal inequities), I still believe that schools, at their best, can help change (not reflect) society. In other words, schools are not just about preparing kids for the world, but preparing them to change it for the better.”

What Would Happen If the World Lost the Internet? 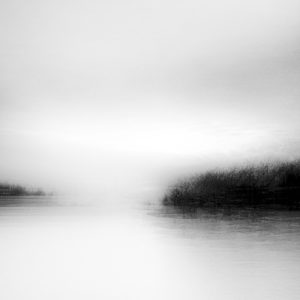 Narrative is the enemy. Narrative is a trick to seduce the mind into making sense of reality, a way of structuring the unknown...
© LitHub
Back to top