On the Proliferation of Tax Havens

The following is excerpted from The Heavens: Annual Report, which features photographs by Paulo Woods and Gabriele Galimberti, and an essay by Nicholas Shaxson on the proliferation of tax havens.

In 2012, when I was living in Haiti, Gabriele came to visit. He had just received his tax bill and realized that the Italian state was about to take almost 50 percent of his income. We were looking at a map of the Caribbean and, on seeing that the Cayman Islands were just one hour away, he jokingly said, “Well, I should just go and hide my money there!” It dawned on us that we knew next to nothing about what tax havens are and how they work. We started doing some research and, a couple of months later, we caught a flight to George Town on Grand Cayman.

There is a lot of literature on tax havens, but there are very few images. The articles and reports on this poorly understood subject are usually illustrated with the same photos of palm-fringed tropical beaches. This makes sense, since so much of what goes on in tax havens is virtual. It cannot be seen and, often, it is not even happening there at all. As Nicholas Shaxson clearly explains in his text, it is happening “elsewhere”, which effectively becomes “nowhere.” We spent over two years travelling to the offshore centres that embody tax avoidance, secrecy, offshore banking and extreme wealth, driven by our relentless obsession with trying to translate this rather immaterial subject into images. Our hope is that we have produced a body of work that shows what these places look like and, even more importantly, what they mean.

Once we figured out what we were going to photograph, we had to decide how. We chose to borrow the photographic tropes and language of the world we were investigating. In Delaware, our aim was to see one of those offices where thousands of companies were based (again, virtually). We concluded that the best way to understand how it worked was to do it ourselves, so we walked in and said we wanted to incorporate a company in Delaware. The place we chose was the same office where Apple, Bank of America, Coca-Cola, General Electric, Google, and Wal-Mart are all incorporated, along with 285,000 other businesses.

We had imagined reams of paperwork, documents, authorisations, and stamps. They did not even ask for our identification. We could have given completely false names. We asked how they would register the company structure. They said that was not their business. We asked how we should pay taxes. They looked at us, a bit bemused, and said that, if our business did not take place in Delaware, there were no taxes. We paid a fee, signed a paper, and left. That was how THE HEAVENS LLC was born. We now owned a company in a tax haven. The book you are holding in your hands is our global company’s “annual report.”

An employee of “Jetpack Cayman” demonstrates this new watersport, now available on the island. A 2000cc motor pumps water up through the Jetpack, propelling the client out of the sea ($359 for a 30-minute session). Mike Thalasinos, the owner of the company, remarks, “The Jetpack is zero gravity, the Cayman are zero taxes, we are in the right place!” Grand Cayman.

Mark Loane flies one of his drones at his home in Jersey. Mr. Loane is the CEO of C5 Alliance Group, a full-service IT business that provides a wide variety of technology services, such as Internet banking, FATCA compliance and cloud computing, to the offshore operations of companies like Lloyds, Standard Bank, and Generali, among others. C5 is also a technology partner in the Channel Islands’ rapidly developing eGaming sector.  Jersey.

On a Sunday morning, Jason Blick polishes his Ducati 848, one of the fastest motorbikes on the market, while his girlfriend looks on. Grand Cayman is 22 miles long and has only one main road. Mr. Blick is the Chief Executive Officer of Cayman Enterprise City, which is establishing a free trade zone on the Island. An Australian, he moved to the Caymans in 2010. Grand Cayman.

Andreas Ugland and family are depicted in a large oil painting hanging at the entrance of Mr. Ugland’s “Cayman Motor Museum.” The museum houses his unique collection of Ferraris, Rolls-Royces, Bentleys and vintage motorbikes. Mr. Ugland, who was born in Norway, acquired Caymanian citizenship in the 1990s. He is a billionaire, Chairman of Ugland International Holdings and runs a number of companies and banks in the Cayman Islands, the US and Europe. This painting illustrates his achievements and passions. At the center of the painting is the rather banal looking “Ugland House,” a building where more then 19,000 companies are registered. It has become such a symbol of tax avoidance that President Obama has stated that “either this is the largest building in the world or the biggest tax scam on record.” Grand Cayman.

A man floats in the 57th-floor swimming pool of the Marina Bay Sands Hotel, with the skyline of “Central,” the Singapore financial district, behind him. Singapore.

Caroline Thorburn (on the left), a realtor at Regal Realty, and Denise Gower, from the marketing agency Fountainhead, discuss a brand new development project in the south of Grand Cayman. It is fueled by investments attracted to the Caymans by the country’s tax-free environment. Grand Cayman.

Alain Craig (on the right) and his friend Anthony Lawson, with Mr. Craig’s convertible Maserati. Mr. Lawson is a Caymanian real-estate agent and Mr. Craig, who is from Britain, works in the islands’ thriving hedge fund industry. They have come to visit Al Thompson, who is standing in the background in front of his house. Mr. Thompson is the biggest importer of building materials to the Cayman Islands. Grand Cayman.

Naval El Farveisa, 29, and his bride-to-be pose for their pre-wedding photos in front of the Marina Bay Sands Hotel that hosts one of the world’s biggest Casinos. Mr. El Farveisa is a Jakarta-based architect who regularly works in Singapore. Pre-wedding photo shoots are common for Indonesians. Singapore. 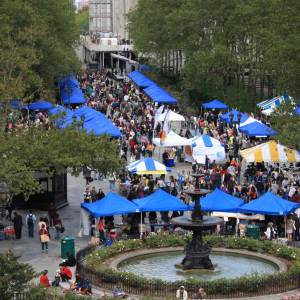