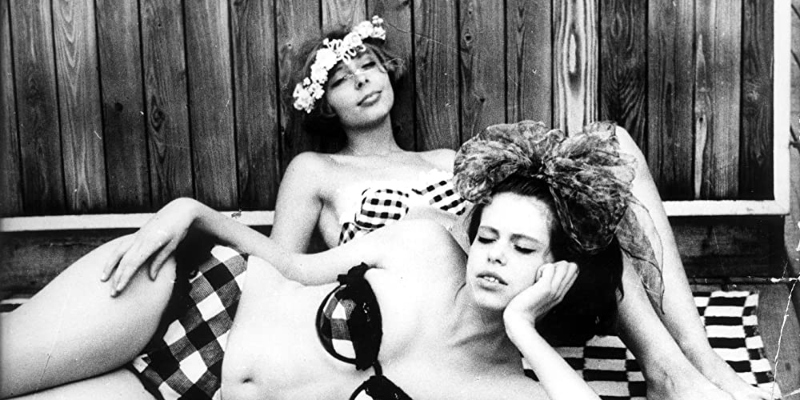 Hermione Hoby on the Anarchic Silliness of Vera Chytilová’s Daisies

On this week’s episode, Mychal talks to Hermione Hoby about the 1966 film Daisies, starring Ivana Karbanová and Jitka Cerhová and directed by Vera Chytilová.

Hermione: This feast is one of my favorite scenes in cinema. Having cracked this glass, they then just kind of lose it and run riot in this very playful rather than aggressive way. They have a fashion show, they’re trampling all over the food, and they leave the scene of destruction. And to my mind, this is not just a case for silliness, which is a case I will gladly make. We were just talking before we started recording about the need for fun and silliness and joy right now, so perhaps a good end-of-pandemic movie. Setting us up for celebrations to come, I hope. But there is this wonderful political message, which is just contra the deadening communist dogma of be a good worker, work hard, do it for the state.

Vera Chytilová said she rejected the label feminist; she thought of herself as an individualist. And so in part I think what we’re seeing is just a celebration of expression and oddness and letting yourself misbehave rather than fall in line. And all of that I find incredibly appealing. It’s just a joyous movie and a very silly one. But as I say, there is this real political seriousness beneath the silliness. So it’s sly in that way.

Mychal: Yeah, I’ve seen it described as an anarchist film in some ways. It may not be fully formed in terms of an anarchist politic, but there’s a sense of Vera Chytilová wanting to essentially say, look, there are a number of rules that govern us, there are a number of different social mores that we’ve all sort of come to accept and almost see as a version of sophistication, a way of moving through the world, decorum that confers respectability, all of these things. But if you’re seeing a rule that does not suit you, it is okay to break it.

Hermione: Absolutely. I would say that the movie is anarchic in energy, but I’m not sure its politics, as you say, is strictly speaking anarchist. Like most good works of art, it’s not dogmatic in its politics. It’s open to interpretation. And that, too, is part of the pleasure of it.

Hermione Hoby is the author of the novel Neon in Daylight, which was twice listed as a New York Times Editors’ Choice. Her writing has appeared in The New Yorker, Harper’s Magazine, The Guardian, The New York Times, and Frieze. Raised in London, she lives in Colorado. 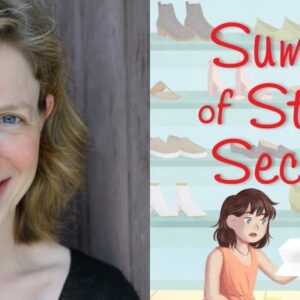