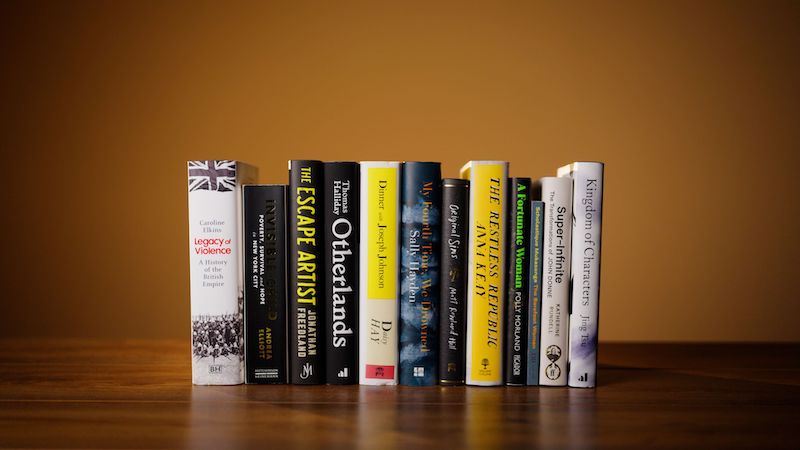 Here’s the longlist for the 2022 Baillie Gifford Prize for Nonfiction.

Today, the judges for the Baillie Gifford Prize for Nonfiction announced their 2022 longlist: 12 books that represent the best in nonfiction writing published in the UK in the last year.

“It was a fiendishly difficult, but also highly enjoyable process by which my fellow judges and I arrived at the final 12 books in contention for the 2022 Baillie Gifford Prize,” said Caroline Sanderson, chair of judges, in a press release. “I’m delighted with our longlist which shows off nonfiction in all its splendid breadth, depth and scope; from outstanding reportage, and compelling memoir to illuminating history books and mind-expanding popular science. And perhaps most importantly, all 12 books have been written with the experience of the reader firmly in mind.”

The shortlist will be announced on October 10 at the Cheltenham Literary Festival, and the winner will be celebrated in a ceremony at the Science Museum on November 17. The winner will take home £50,000; each shortlisted author will receive £1,000.

In the meantime, here’s the longlist:

Jonathan Freedland, The Escape Artist: The Man Who Broke Out of Auschwitz to Warn the World
John Murray Press, Hachette
(British)