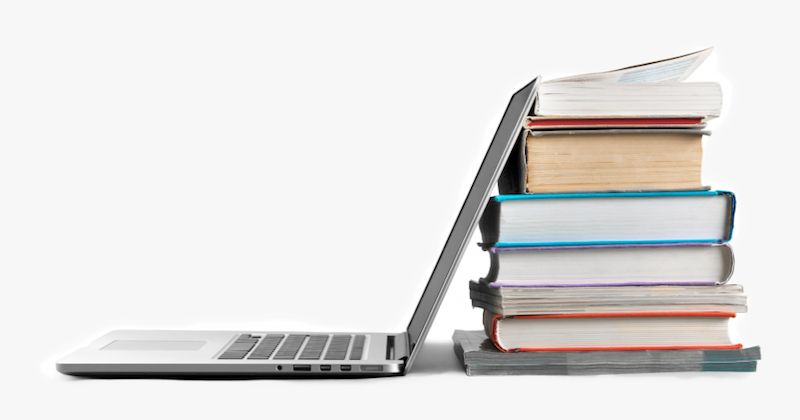 Here’s some of the best online quarantine writing from the last few months.

As the possibility of a vaccine becomes more real and we start to ask what art will look like after COVID, it’s worth looking back on not just all the bad quarantine writing but all the thoughtful, immediate quarantine writing as well: great writers who have somehow been able to write about the swamp while still being waist-deep in it. Here are ten directly quarantine-related pieces and/or collections of writing that we’ve loved over the past few months.

Patricia Lockwood, “Insane after coronavirus?”  (LRB)
Getting COVID, going crazy, and the hope of relearning.

The first wave subsided, and I thought I’d escaped, but the second hit with redoubled intensity a week later. My delusions became even more bizarre. I came to believe that someone ‘had put a Godzilla statue outside my window on purpose to freak me out’ – this, it transpired, was the silhouette of two black streetlights, one superimposed on the other. I spent two weeks adding 143 words to my novel, about peeing next to Rob Roy’s grave, feeling further from coherence with every draft. Local news graphics of the virion floated through the air, along with glimpses of originating animals: overlapping scales and flickering tongues, wings like black maple leaves. All this happened, it should be said, with a fever that never went higher than 100°F. The persistent feeling was that I would die in the night. I woke fighting to breathe, with the sense of a red tide moving slowly up my chest towards my neck. And all the while strange music marched. A sentence I had seen on Twitter, part of a letter written by a chief surgeon at a New York hospital, kept breaking through my delirium like a line of sled dogs through a blizzard: ‘Anyone working in healthcare still enjoys the rapture of action. It’s a privilege! We mush on.’

Leslie Jamison, “Is It Strange to Say I Miss the Bodies of Strangers?”  (NYTimes)
Public baths, pleasure, and togetherness at a distance.

Walking late at night on Flatbush Avenue, I appreciated all the anonymous strangers I passed for the ways they suggested, even if I didn’t know their stories, how many different ways it was possible to craft a life. The man buying mangoes at the bodega just before midnight? Maybe he was a father of five. Maybe he was a single father of five. Maybe he and his husband were trying to adopt. Maybe he and his wife had been trying to have a child for years. Maybe he and his wife knew they didn’t want a child; maybe they were saving up to travel the world instead. Maybe he lived alone with his aging mother. Who could know his story? I never would. But I didn’t need to. I only needed to know, through his presence on that sidewalk, that so many plotlines for a life were possible.

My grandmother was also in a good mood.

“If I get the corona,” she said in Pashto, already laughing, “I’m going to die so quickly.”

A chorus of “God forbids” rang out from all across the house.

From James Duesterberg’s “In Bloom”:

We have been urged to see quarantine as an opportunity, something akin to a vacation on both a personal and a political level. Break out of bad habits, “reboot” your routine, reevaluate what really matters. If everyone did this, then society itself might be renewed, made more human or ecological or future-proof. Some kind of renewal did happen, it seems, after the Great Depression and Second World War. But as the U.S. and Europe contemplate loosening emergency measures, one gets the sense that this return will be different. In the park I watched a woman orbit a blooming tulip, following her phone as she tried to bring it into focus. She wanted to capture something beautiful, but she wasn’t looking. Her mind was elsewhere, syncing with the cloud, and I knew how she felt. These signs of life, the springtime promises of growth cycling on forever, are not for us.

From her entry “Lower Middle Class and Loving It”:

Every day I wake up and think, I wouldn’t date me, hire me, or fuck me. So who are all these people texting when they could be e-mailing, calling when they could be texting, leaving voicemails (?), texting to say my voicemail inbox is full, texting to say they’re going to call, not calling, forcing me to leave my ringer on for like three days, dm’ing me to do PR for free, emailing me to write for peanuts, responding to my drunken offers to do free PR (I was drunk), asking for editors’ emails at publications, emailing those editors as if I personally recommended them, forcing those the editors to forward emails to me like, STOP GIVING OUT MY PERSONAL EMAIL, YOU MONSTER.

Sorry, I could have said this in a less dramatic way: Every day I wake up and look at my phone. Ping, ping, ping.

They ask themselves:
should I be afraid
how afraid should I be

With fish came every last creature on earth. The ducks are still ducks, but now owls are hoo-hoos. Both curbs and boulders are stone. [My son]’s got fern and mushroom and umbrella and bus-truck. His chalk is cock, and the neighbors can’t stop laughing. The porpoises of the sea have all sprouted ruffled collars. “Doll-fish,” he says, animating the world with his wrongness, shaking them all temporarily awake.

A few weeks ago, I sat in the park, under a heavy beam of wood that could kill me in an instant. But I trusted it wouldn’t, because I had named that thing branch. In that same park, I watched a man, face twisted, run hard in my direction. But I trusted he would not kill me, was not running from a thing that might kill me, because I named him jogger. In that same park, dozens of ten-ton death machines whizzed by. I named them truck. I named the flat ribbon of asphalt road, and in road I trusted. With each word comes a false set of assurances. That now you know how it will behave.

Jesmyn Ward, “On Witness and Respair: A Personal Tragedy Followed By Pandemic” (Vanity Fair)
Losing her husband, the death of George Floyd, and collective grief.

My Beloved died in January. He was a foot taller than me and had large, beautiful dark eyes and dexterous, kind hands. He fixed me breakfast and pots of loose-leaf tea every morning. He cried at both of our children’s births, silently, tears glazing his face. Before I drove our children to school in the pale dawn light, he would put both hands on the top of his head and dance in the driveway to make the kids laugh. He was funny, quick-witted, and could inspire the kind of laughter that cramped my whole torso. Last fall, he decided it would be best for him and our family if he went back to school. His primary job in our household was to shore us up, to take care of the children, to be a househusband. He traveled with me often on business trips, carried our children in the back of lecture halls, watchful and quietly proud as I spoke to audiences, as I met readers and shook hands and signed books. He indulged my penchant for Christmas movies, for meandering trips through museums, even though he would have much preferred to be in a stadium somewhere, watching football. One of my favorite places in the world was beside him, under his warm arm, the color of deep, dark river water…

Slow violence is hard to identify, hard to describe, and hard to resist. But this is one thing literature, postapocalyptic or otherwise, can do: to portray how the short and the long, the small and the big, connect. To identify the rot within rather than the threat without. To articulate “it” even when “it” has no name. Fiction can portray ecologies, timescales, catastrophes, and forms of violence that may be otherwise invisible, or more to the point, unnameable. We will never grasp the pandemic in its entirety, just like we will never see the microbe responsible for it with the naked eye. But we can try to articulate how it has changed us—is changing us.

Outside, or perhaps alongside, the litany of losses we have all experienced during the COVID-19 pandemic, what new ways of feeling close to one another have we cultivated during this period of absence and alienation? When I think of the past four months, I see both a sequence of tragedies and an ongoing refusal to be destroyed by them, relayed through a screen: the funeral, the news of the deaths of Ahmaud Arbery, Breonna Taylor, George Floyd, Tony McDade, Elijah McClain and so many others, numerous family members diagnosed with the virus, not being able to remember the last time I held a friend or even spoke to one as we sat in the same room.

Adjacent to these more difficult moments, somehow, is the process of my becoming a parent, seeing my child grow as the landscape transforms all around us.