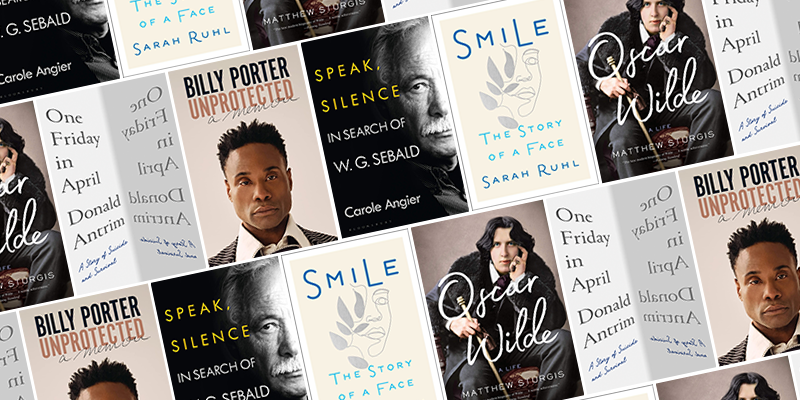 Here Are the Best Reviewed Memoirs and Biographies of October

2. Smile: The Story of a Face by Sarah Ruhl
(Simon & Schuster)

“In her thoughtful and moving memoir Smile, Ruhl reminds us that a smile is not just a smile but a vital form of communication, of bonding, of what makes us human … Ruhl may have had access to more resources than most, but her struggles nonetheless feel universal. And that is the thread that binds this beautifully written story … Ruhl may have lost the face she once knew but she reminds us that ‘in truth, we don’t have to win to be grateful. We can always thank the people we love, the people who help us, even when we don’t win an award. We often just forget to.’ That’s the kind of simple poignancy that elevates this book.”

“Tragedies make the best stories, and Matthew Sturgis makes the most of Wilde’s in his new biography … Sturgis’ clear-eyed understanding of Wilde is acute, his narrative assured. Drawing on new material, including the full transcript of the libel trial that set Wilde on the path to prison, he assembles an indelible portrait of a confounding and complex man … Sturgis captures Wilde’s contradictions: generous but erratically cruel, brilliant but careless. He doesn’t fully analyze Wilde’s wanton streak, but the evidence is abundant: Wilde opined that ‘nothing is good in moderation’.”

4. One Friday in April: A Story of Suicide and Survival by Donald Antrim
(W. W. Norton)

“… [an[ engrossing, necessary book … this is not an empirical study. Rather, it is intimate testimony from someone who has lived through an illness long shrouded in silence, shame and sin. Antrim speaks with the moral authority of the survivor … Antrim’s inventive, circular prose style reflects his sense of warped time: Hours bend, fragment, compress, extend. The narrative catapults forward, then backward—a kind of chronological whiplash that dislocates us in time and place … Just when we start to put the pieces of Antrim’s life together, he wrenches us away from the relief of comprehension. The medium is the message: Suicide, as Antrim understands it, is a continuum of emotional pain … One hopes this brief, courageous book will bring us closer to the ‘paradigm shift’ Antrim seeks—a reckoning that could bring about better funding for mental health research, more affordable psychiatric beds and less societal stigma.”

“… stirring … Through his experience as a gay Black man, repeatedly subjected to unspeakable pain, Porter delivers a searing indictment of how America treats race, sexuality and anyone outside the norm. Clear and piercing, his justified indignation is as defined as his singular singing voice and flashy fashion … With raw vulnerability, Porter opens up on how the effects of childhood abuse long prevented him from loving Black men romantically … Porter’s recollections are vivid and his prose playful, packed with amusing colloquialisms and no shortage of sass … Even if Porter’s sharpest barbs seem saved for the church and the GOP, he doesn’t hold back when confronting Broadway’s and Hollywood’s systemic shortcomings … Porter is also refreshingly candid on the allure of fame and industry accolades … Whether he’s reliving triumphs or trauma, Porter bears his soul—just as he did all those years ago on that high school stage, bloodied and bruised. When faced with such honest audacity, one can only applaud.”

Can We Outgrow Capitalism? 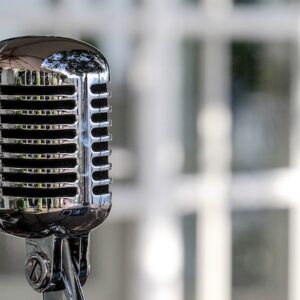 For its latest issue, McSweeney's Quarterly Concern teamed up with producers at Radiotopia to create a project that combined...
© LitHub
Back to top
Loading Comments...