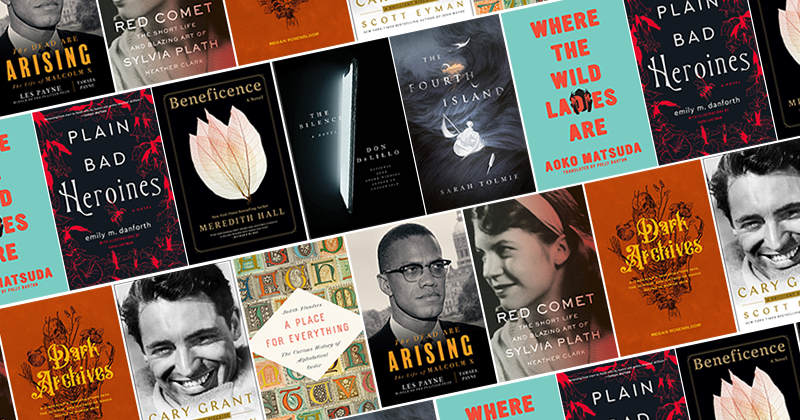 Don DeLillo’s The Silence, Aoko Matsuda’s Where the Wild Ladies Are, Les Payne’s The Dead Are Rising: The Life of Malcolm X, and Heather Clark’s Red Comet: The Short and Blazing Art of Sylvia Plath all feature among the best reviewed books of the week. Brought to you by Book Marks, Lit Hub’s “Rotten Tomatoes for books.” 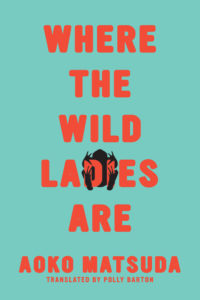 1. Where the Wild Ladies Are by Aoko Matsuda
(Soft Skull Press)

“Where the Wild Ladies Are is an audacious book, a collection of ghost stories that’s spooky, original and defiantly feminist. All of the stories in Matsuda’s collection are based, loosely, on traditional Japanese stories of yōkai, ghosts and monsters that figure prominently in the country’s folklore. But Matsuda puts her own clever spin on them, and each of her stories feels original and contemporary … And what remarkable stories they are. Like the subject matter of the book, Matsuda’s writing, and Polly Barton’s masterful translation, seems to exist on a higher plane—the author seems to see things the rest of us can’t (or won’t), and writes with a subtle self-assuredness mixed with a sly, unexpected sense of humor. Where the Wild Ladies Are would make for great Halloween reading, although these aren’t the same old horror stories you’ve encountered before—they’re novel, shimmering masterworks from a writer who seems incapable of being anything less than original.” 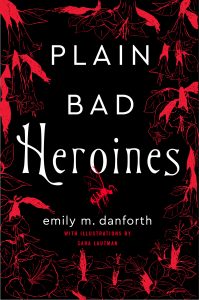 “[A] shapeshifting novel … A hot amalgamation of gothic horror and Hollywood satire, it’s draped with death but bursting with life … Indeed, Plain Bad Heroines may be the only novel I know that should come with an EpiPen. What makes all this so much fun is Danforth’s deliciously ghoulish voice, a kind of Victorian Gossip Girl … The supernatural elements grow across these pages as slowly—and ominously—as black mold … It stings—but oh, the sensation is exquisite.”

Read an excerpt from Beneficence here

“[A] powerful story of love and loss and endurance … Doris’s voice is almost silenced for many pages. When she does speak, the powerful, authentic rendering of depression is almost painful to read … Hall’s simple, profound tale and clear prose is particularly reminiscent of the quietly rendered life cycles and enduring relationships (and the plain, beautiful writing) in another book, also set on a Maine farm: E. B. White’s children’s classic Charlotte’s Web … transcendent.”

4. The Silence by Don DeLillo
(Scribner)

“A.D., for me, has come to mean not anno Domini but anno DeLillo, an unaccountable time after the annulment of time—after the fall seasons and spring seasons, after the sweeps-weeks and opening weekends, after the early and late editions, after the updates at 6 and at 10 … Now—if we can agree to pretend that we know what ‘now’ is—the master has brought us The Silence: the latest installment in his chronicle of our unrelenting present … There is something quixotic about what DeLillo has done: writing about contemporary culture even as it collapses into subcultures, and even as the democratic dream of a collective center is derided as suspicious in identitarian terms … The Silence is even more bone-hard and skeletally spare than its predecessor, though its subject is considerably broader. In it, humans deprived of technology resign themselves to death, and not just to individual death but to cultural death, the end of the world, the end of time.”

“… lovely, mournful … Drawing on themes of community, redemption, pain, and healing, the story has a lovely slice-of-life feel, but the unresolved ending will leave some readers unsatisfied. Still, the narrative voice is captivating, with the rich, conversational tone of a storyteller sitting at a fireside. The contemplative style, low stakes, and small cast is reminiscent of Ursula K. Le Guin’s Earthsea Cycle and is worthy of the association.”

1. The Dead Are Arising: The Life of Malcolm X by Les Payne and Tamara Payne
(Liveright)

Read an excerpt from The Dead Are Arising here

“Payne focuses his sharp investigative lens on the life of an enigmatic American icon whose life and death continue to fascinate … In addition to revisiting long lost primary sources, he began a massive effort in conducting oral research interviews. Masterfully, he wove together the memories of friends, family, acquaintances, informants, and adversaries into a rich tapestry from which emerges the portrait of a complex individual working to make change in a society also full of contradictions … By giving a second life to a historical Malcolm, Les Payne’s timely biography illustrates something really important. It reminds us that those making history often do so by having the courage and conviction to act in spite of their limitations.”

2. The Red Comet: The Short Life and Blazing Art of Sylvia Plath by Heather Clark
(Knopf)

3. A Place for Everything: The Curious History of Alphabetical Order by Judith Flanders
(Basic Books)

Read an excerpt from A Place for Everything here

“… quirky and compelling … [Flanders] is a meticulous historian with a taste for the offbeat; the story of alphabetical order suits her well … As Flanders’s short but fascinating book shows, the alphabet has only ever been one listing method competing with many others: some weird, some wonderful, some completely mad and random, but each providing a tantalising glimpse into the minds that dreamt them up.”

4. Dark Archives: A Librarian’s Investigation Into the Science and History of Books Bound in Human Skin by Megan Rosenbloom
(Farrar, Straus and Giroux)

“Structured like a detective thriller, this episodic book is organized around a series of visits to erudite experts and rare archives around the world—from a smelly tannery in upstate New York, to a fluorescent basement full of flayed cadavers, to Hell itself—which just so happens to be a wing of the Bibliothèque national de France in Paris … Rosenbloom takes readers on unexpected excursions into the history of clinical medicine, the ethics of consent, and death-positivity … Driven by an engine of curiosity, Rosenbloom moves through history at a brisk pace, bookending each chapter with excellent hooks and cliff hangers, all of which makes for propulsive reading. But Rosenbloom does lose momentum toward the end of the book, when she veers away from myth-busting and bloody histories to examine the fine print of how corpses intersect with the law … Delightful and propulsive, Rosenbloom’s measured balance of bloody thrills with historical fact and ethical nuance makes Dark Archives a titillating Halloween read.”

“In the most entertaining and enlightening star biography in years, writer Scott Eyman poignantly notes the realities behind Grant’s remarkable subterfuge while exploring his phenomenal career … A research-driven and insightful biographer, Eyman surrounds his deep dig into Grant’s personal life with fan-pleasing details of movie productions, vignettes of the wonderful characters who joined Grant in making movies, and a sense of the business side of Hollywood that too often eludes writers caught up in the magic and madness. The result is a captivating look at a captivating star.”