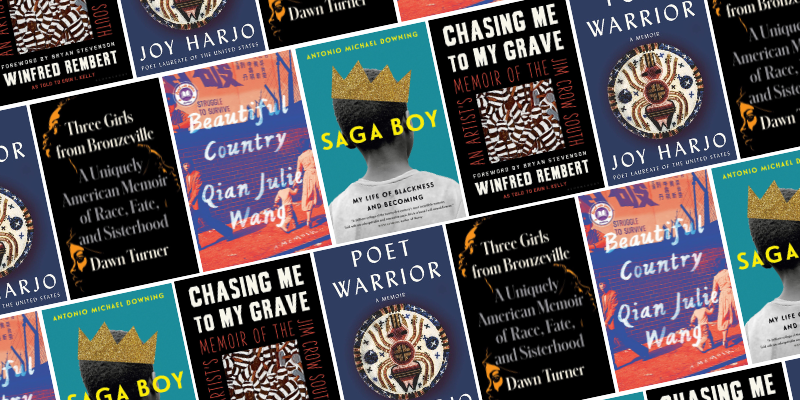 1. Chasing Me to My Grave: An Artist’s Memoir of the Jim Crow South by Winfred Rembert
(Bloomsbury)

“… a wonderful hybrid text that mixes memoir, poetry, songs, and dreams into something unique that opens a window into the most important events of Harjo’s life and invites readers to reconnect with themselves—as well as with the land and the knowledge of their people … This is a book about pain and growth; a narrative that shines a light on compassion and stresses the importance of rituals … Harjo’s writing highlights the things that matter most to her, so time passes quickly, dreams and magic play a huge role in the narrative, and the details of how she graduated college, became a professor, her many publications, becoming the first Native American Poet Laureate of the Unites States—and for three terms—and even receiving a National Endowment for the Arts grant barely get mentioned. Instead, Harjo tackles spiritual growth, healing, and how love is unbreakable. The simplicity with which Harjo writes about deep things makes this a beautiful book. It also makes it the kind of memoir that is a work of art and a guide to life for those willing to listen … a celebration of art … Some stories are extremely intimate…However, other stories feel communal … Joy Harjo is more than a poet, painter, and musician; she is a spiritual being aware of the meaning of everything we see as well as the things around us that are usually invisible. And Poet Warrior is an invitation to open our eyes and see it all with her.”

“Turner interrupts the monolithic narrative of Black Chicago as ruined and broken, as well as the one-note stereotypes about growing up in public housing. In their place she offers a textured portrait of a moment in time in a particular place … In episodic chapters that read like self-contained short stories woven together into a whole, Turner seeks to understand how three Black girls with very similar aspirations ended up with wildly divergent fates … Turner’s suspension between two worlds provides an ideal vantage for the book. Even when she leaves Bronzeville, she never leaves it behind. Like the poet Gwendolyn Brooks and the playwright Lorraine Hansberry, she is a native daughter of Black Chicago with a bone-deep knowledge of the place and its people. Rather than judge her friend and sister for their choices, she holds fast to her through line: ‘There but for the grace of God go I’ … Recalling their youth, Turner describes the girls’ unchaperoned roaming through the asphalt landscape with attentive detail, hitting all the familiar touchstones of ’70s Black girlhood.”

“The narrative is full of sharply rendered scenes … shines light on the childhood that continued to haunt Wang into adulthood, even as her professional accomplishments mounted. She is vulnerable in revealing her uniquely American trauma: a bruised wrist that never quite healed; a hunger that was never quite sated; a feeling that everything, at any moment, could suddenly be taken away. Wang, who is now a civil rights lawyer, is a voice we need. Readers will be grateful for the courage she has displayed in persevering and speaking up.”

5. Saga Boy: My Life of Blackness and Becoming by Antonio Michael Downing
(Milkweed)

“… a rich memoir about how far some folks have to travel just to arrive where they began … Downing deploys spectacular details in describing those childhood years, the sights, sounds and violence of that place and time. The prose in those early passages is exalted and melodic. Even as the tremendous care in its crafting seems evident, the words also flow naturally. Downing never seems to press. We see vast and granular marvels through the eyes of a child still capable of awe.”

A World Outside Time: Pico Iyer on the Deep Pleasure of Handel’s Chorale Music 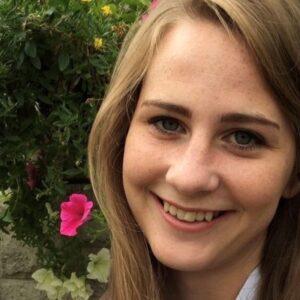