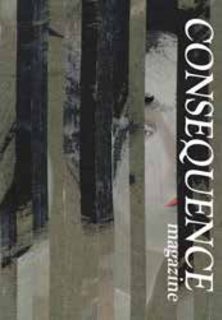 The following is excerpted from a short story of Jim Fairhall's, featured in the Spring 2019 Issue of Consequence, a literary magazine addressing the consequences of war. Jim Fairhall teaches environmental studies and modern literature at DePaul University in Chicago. His story “Pink” won the Tennessee Williams/New Orleans Literary Festival Award for Fiction. His memoir Nui Khe won the John Guyon Prize for Nonfiction.

I found it in a two-hole shitter on Firebase Arsenal. It was a paperback with the front cover ripped off but—my lucky day—no pages missing. I rescued the novel from its likely fate as ass wipe—a sort of literary criticism, perhaps, by the soldier who’d discarded it. I trudged back to the bunker line in red-brown mud that seemed to be boiling, in the hard rain, with furious amphibians. I shielded my find inside my poncho.

I’d read Saul Bellow’s Seize the Day and skimmed Herzog but never heard of this one. It was entering my life just in time to save me from a cloud of ennui that had engulfed me when, during the monsoon doldrums, combat slowed down enough to lull me into feeling almost safe—a young guy with an adult future. My girlfriend was late in sending another book—one every week or so, I’d asked her, which was how often Alpha company received red nylon bags of mail. If I limited myself to forty pages a day, I could nurse the novel till Susan came through.

Danh must have seen our good will. Our conflicted good will that, in the fungous wet air, curdled so fast.

So who was this Henderson? Not Saul Bellow: not a Chicago Jew, nor an intellectual or a writer. He was a rich, pig-farming, Connecticut WASP on a middle-aged quest. I was disillusioned with my own quest for experience to use in a novel on Vietnam—a fuck-up, worse than pig farming—but I still liked quests as a genre. And this one would lead to Africa. I’d never been there. Blurbs on the back cover called Henderson “an immense comic figure,” “a regular American guy resisting godliness.” What more could I want? The book promised thoughtful laughs, exotic scenery, escape from the clouds and chilly rain of Thua Thien province, not to mention the war that we glum grunts were charged with fighting.

Arsenal overlooked the grassy foothills southwest of Hué, the ruined imperial city. It was a jumping-off point for our chopper assaults on the mountains of the Rocket Belt, haunted by small units of the North Vietnamese Army. But now the mountains were gray ghosts, whose hovering cloudbanks would have socked us in beyond the aid of gunships. We wondered: where next? Our two-week stint of bunker guard, details and patrols unfolded—one rainy, misty, muddy day barely distinguishable from another. I read about Henderson’s moral malaise during the daytime, in the mess hall, when we weren’t burning shit or laying tanglefoot and concertina wire. Then Lieutenant Larkin gave us the news. Division—or more likely our ticket-punching battalion commander, Colonel What’s-His-Face—had decreed we would change hats. Our new mission was to win hearts and minds. We were going to the lowlands to assist a Medical Civic Action Program.

Piers, always mellow except when his seventeen-year-old Kit Carson scout, Tuy, died from an AK round that had smashed his shoulder, laughed: “Hearts and minds! America was trying to win those while I was still at Santa Cruz Junior High.”

Henderson had just finished trekking to the tawny, arid territory of the Arnewi, whose cattle were dying from thirst, when we flew to Firebase Jack. The flat, gray-green paddies and fields, from above, looked like an islanded wetland. Jack sprawled on a rise just east of where the coastal plain began to undulate into hills covered with scrub and elephant grass. Except for sandbagged bunkers, artillery emplacements and a steel-plate helipad, Jack was all mud, like an enormous pigsty. The bunkers had flooded several inches deep. Planks between sandbags sagged and our boots squished as they sank into the dark, marshy-smelling water. We reminisced about our hilltop firebases—Arsenal, Birmingham, Rakkasan, Bastogne, all closer to the dangerous mountains yet not as demoralizing as this dump—and tried to guess what airy strategic thoughts were inspiring the lifers to move us around, once again, like pushpins on a map.

Outside the Army I had little experience of adult authority except for parents, teachers, doctors, pastors and a few NYU profs who’d encouraged students to distrust it. My dad had forfeited his authority. As for the brass at Camp Eagle and MACV—the latter,  in Saigon, as far from the fighting as the Wizard in the Emerald City—I wondered how long they would keep us running in place without getting anywhere. Twenty months after Nixon announced Vietnamization, the Green Machine was still shaking the whole country. Hadn’t the generals cottoned to the fact that withdrawal doesn’t mean flailing about? Why send grunts to do a MEDCAP in a Biblical deluge at this late stage? Time to coast, ghost, count days to boarding Freedom Birds. Didn’t the adults get it?

Third Platoon stood in streaming ponchos clinging to the railings of deuce-and-a-half trucks that lurched from Jack to Highway 1 and then down a dirt road to a village near a small river. Van Lang.  With its feathery greenery the ville looked a hell of a lot better than Jack or any American base, thanks to our custom of burning all the vegetation with diesel fuel.

The village chief greeted us as we squelched into the hedgerowed compound. He wore old khaki trousers and a matching shirt—maybe his delegation-meeting clothes, since other grown- ups wore dark pajamas—under his clear plastic raincoat. He grasped Lieutenant Larkin’s hand in both his sinewy wrinkled hands.

Larkin, who had an MBA from Arizona State in Hospitality Management, flashed some teeth beneath his dripping nose. His smile tightened as the chief kept pressing his hand. Our new Kit Carson scout, Bao, translated the introduction both ways. The chief, whose name was Danh, praised us as if it were ‘65 and the first wave of Americans had just arrived, bursting with bright-eyed zeal to save the Republic from keeling over like a domino. A diplomat. He’d seen what we wrought with our choppers, fast-movers, artillery, napalm, flamethrowers, light-infantry weapons—all the wizardly gear Uncle Sam had shipped here to execute policies that were at heart, to most of the war’s players, mysterious (why were we ten thousand miles from home in a farming country that wasn’t threatening to invade the West Coast, cluster-bomb LA, spray dioxin over the Central Valley?). And yes, too, Danh must have seen our good will. Our conflicted good will that, in the fungous wet air, curdled so fast.

Two of Alpha’s medics and a three-man team from the 85th Evac got to work in the thatch-roofed village center while the rest of us pulled security.

“Like Charles’ll be out in this piss storm,” Piers said.

In the mountains the canopy of foliage broke the rain’s impact. Here the drops slapped our ponchos as we slouched under palms just beyond the water sluicing down their fronds. We formed a ragged perimeter. Then, bored out of our skulls, we sauntered in ones and twos from one position to another, like ungainly green cousins of the white ducks that crowded the riverbank. I watched, with less passionate sympathy than Henderson felt for the afflicted Arnewi, the procession of sick, lame, filmy-eyed, goitered, gap-toothed, bony peasants who wanted the king’s touch. I’d been shocked the first time I saw such people, but now after eight months as an infantryman I’d lost the finer nerves of my ability to feel. Barelegged boys, wearing clingy, see-though raingear as thin as Saran Wrap, investigated us. McCoy hunkered down with them and displayed something that set off wild laughter and chatter. We’d all seen it: a postcard picture of a mango-breasted blond fingering the pinkness between her legs.

Living life to the full was fine, I thought, except that he expressed it by showing off, in turn, his humility and his strength.

“Why you be showin’ those kids your old lady, huh?” Slow Eddie asked.

But McCoy, a sawn-off grenadier who’d said so often he was an Okie from Muskogee that we forgot his real hometown, was inner-directed. It was hard to get him to respond to verbal jokes or stop doing something that engrossed him.

The MD from the 85th called it a day at noon. “Fuckin’ doctors’ hours,” Piers said.

A red-crossed dustoff sprayed us with its rotor wash as the doc, the dentist and the male nurse slid on board. Later we clambered onto the open backs of our trucks. McCoy scrunched his face at Van Lang’s fringe of palms.

“I hope those motherfuckers catch every disease in the book. That pansy doctor, too.”

Next day the monsoon declared a truce. The sun rose like a fuzzy yellow tennis ball. Jack’s ocher mud began to dry, exuding rankness. Grunts and redlegs and the two cooks—relieved not to be bent against BBs of rain—took constitutionals. I sat in slanting sunshine on the damp sandbags of my bunker’s trench wall, reading about Henderson. He had a laconic guide named Romilayu. He was a sort of African Kit Carson scout, whose preference for noninvolvement didn’t keep his rich, overfed, powerful boss from plunging into entanglement with the Arnewi. Henderson was complex: a round character. He wanted to do the right thing yet regularly yielded, with unforeseen consequences, to an impulse to do otherwise, as when he outwrestled Prince Itelo. I admit, he made a prudent decision by turning down Mtalba, the roly-poly woman of Bittahness, who proposed to him out of admiration for his prowess. But then he committed himself—unasked—to ridding the Arnewis’ cistern of the taboo frogs that were keeping their cows from drinking.

We returned to Van Lang for a second morning of MEDCAP. Later, a dragonfly Loach riffled the crowns of the palms as it descended onto a buffalo path between the dirt road and the ville. Captain Curtis, Alpha’s CO, jumped out, followed by a starched major from Battalion and an ARVN translator. Curtis was a West Pointer. After Second Squad had gotten ambushed last June along a brook at the foot of Nui Khe, killing one of the ambushers, he flew in and handed out Coronas to celebrate the body count; he didn’t mention Tuy’s death. Larkin and Danh joined them for a powwow. We exchanged glances, like kids whose parents were about to behave badly.

Sister Helen Prejean:
My Faith Began With a Fear of Leaving Home 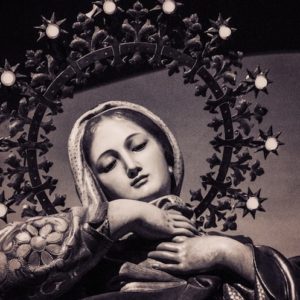 Sister Helen Prejean:
My Faith Began With a Fear of Leaving Home It’s a very ancient rite of passage I’m now performing, leaving home and everything familiar to be initiated into a new way of life,...
© LitHub
Back to top