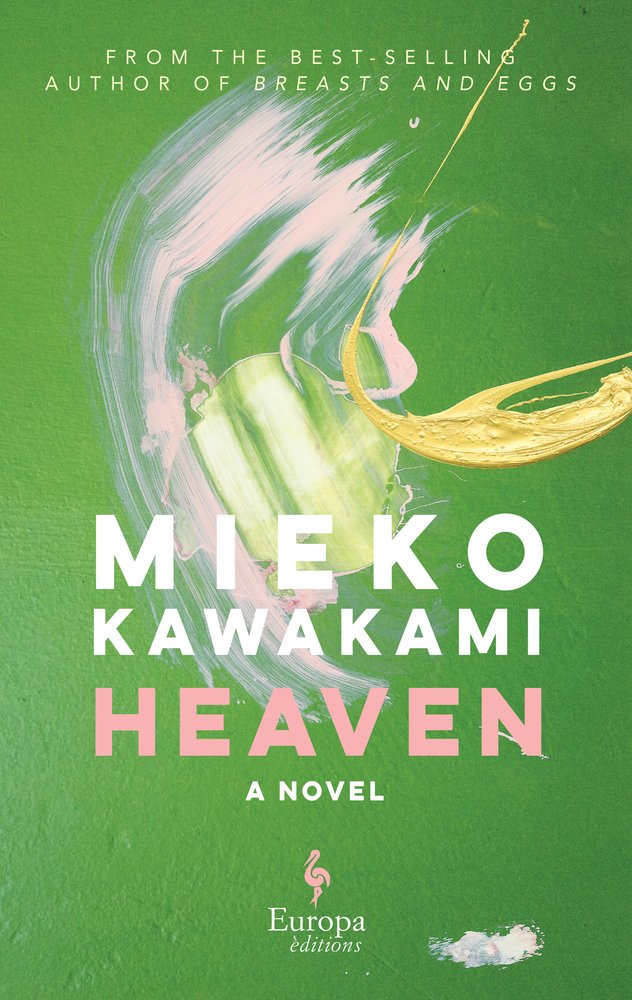 The following is excerpted from Mieko Kawakami's novel, Heaven, translated by David Boyd and Sam Bett. Kawakami is the author of the internationally best-selling novel, Breasts and Eggs, a New York Times Notable Book of the Year and one of TIME's Best 10 Books of 2020. She has received numerous prestigious literary awards in Japan, including the Akutagawa Prize, the Tanizaki Prize, and the Murasaki Shikibu Prize. Kawakami lives in Tokyo, Japan.

I had never written anyone a letter, and I had no idea what to say or how to say it, but with my freshly sharpened pencil, I wrote whatever came to mind, then erased most of it, until finally I had something I could keep. Try as I might, I could never seem to fill more than a single page. We only ever wrote about unimportant things, but over time we came to understand each other. To make sure no one saw me, I showed up at school before anyone else and stuck my note inside Kojima’s desk. The morning after that, I would pick up her reply and read it in the bathroom. We never made a rule about it, but neither of us said a word about school or being bullied.

When I finished a note, I took off my glasses and held the paper close to my left eye so I could read the words I wrote. Rereading them gave me a headache, but only on one side of my head.

I had a lazy eye.

What my right eye struggled to see was part of what my left eye saw. Because everything had its blurry double, nothing had any depth. I had a hard time touching things even when they were right in front of me. I would miss. It didn’t matter if I used my fingertips or my whole hand. I was never certain that I was touching the right thing, or touching it the right way.

Hi Kojima. I read your notes a bunch of times today. You’re using a mechanical pencil, right? I use a regular one.

To answer your last question, I guess my hobby is reading, but I don’t know if I have a favorite book or type of book. Talk to you soon.

Hey hey. Thanks for your letter. It rained so hard today. It was so loud under my umbrella I thought it was about to rip. On my way home, by the Yokoyama building, a huge truck ran through a puddle and splashed water all over me. It was like something from a manga. If it was, what do you think the speech bubble would say? Maybe I suck at it, but I like writing letters. I’m excited to get your next letter.

Hello. It’s nighttime and the wind is blowing like crazy.

I think writing is hard. It’s probably harder than talking. Maybe I’ll get better if I practice. I’m trying. I’ve been sitting at my desk for over an hour and this is all I’ve managed to write. Talk to you soon.

Hey again. Thanks for your letter. My midterm came back and I’m devastated. I barely passed! I won’t ask you what you got, but I’m sure you did way better than me. Oh yeah, your speech bubble idea was super funny. If another truck rushes by and splashes me again, that’s what I’m going to say!

By the way, this is my second time trying to write this letter today. The first time didn’t work out, so I gave up and started sewing. Nothing too advanced, just a little cross-stitching. I really wanted to make a cushion cover, but I didn’t have a cushion, so I used what I had to sew these small flower-shaped things. I really like making stuff like that. My hobbies right now are writing letters and sewing. Can’t wait for your next letter.

Hi. How are you? I said in my last letter that I was having trouble writing in my own voice. I think I know why. It’s my pencil.

I like 6B pencils because they almost never snap. When I was writing, I realized something. Your voice reminds me of a 6B. I’m not sure if this is going to make sense, but it’s like they’re soft and rigid at the same time. Almost unbreakable. Sorry for not making sense. Just thought I’d give it a try.

Hello, hello, good evening. Well, I bet it’s morning by the time you read this.

How’s the weather over there? It’s raining where I am. It’s not supposed to be this rainy in May, but it is. Yeah, it’s raining.

More importantly, though, how many times do I have to ask you to tell me what books you like? Is it a big secret? I’ve never read a whole book for fun, so I was just curious. I’ve read . . . let’s see. Oh wait, in elementary school, I think I read some Chinese history book that we had on the borrow-a-book shelf. I can’t believe I just remembered that. If I hadn’t written you this letter, I would never have remembered that.

By the way, I wanted to ask you. What is it you like about reading? I forgot to ask before. Do you think it’s fun? Language class is enough reading for me, but tell me if you ever find something interesting. My house is just like what you said about your house. So boring. It’s funny, but when I’m doing nothing, I get this feeling like I’m fighting something. Stuck . . . fighting. It never goes away, even when I’m in bed, even when I’m walking around. There’s a year and a half left of middle school, but if everything goes smoothly, we have three more years of high school after that. We’ll be doing the same thing for years. Don’t you think that’s weird? I do.

What do you think the future is going to be like? I think about that stuff a lot. What if the world really ends in 1999 like everyone says? But if it doesn’t, nothing’s gonna change, though, right?

Hey, I have an idea. You can tell me if you don’t like it.

I almost don’t want to say it, but I’m going to. What if we met up again on the second Wednesday of next month? It was a Wednesday when we met at Whale Park the other day. It can be our day. If you don’t like the idea, you better keep it to yourself. Just kidding. You can tell me. Write back.

Thanks for the pad of paper, by the way. It’s great. I’ll use it when I’m done with the one I’m using now.

Thanks for saying yes to meeting in the fire stairwell. I don’t know how to put it, but I think we’ll be more comfortable up there. It’s quiet and it has a nice breeze. No one will bother us. Just take the elevator all the way to the top. Open the door on the right and you’ll see the stairs. You’ll see what I mean. I’ll be waiting there on Wednesday, two weeks from now. I’m looking forward to it. See you soon.

I was thinking of Kojima in a completely different way.

Not like it was anything new, but it got harder and harder for me to watch and listen to the other girls in our class bullying her, just like it was stressful knowing that Kojima watched me being bullied. I didn’t want to hear them, but we were all in the same room, and my ears couldn’t block them out. I didn’t want to see it, but I couldn’t keep my eyes closed.

To them, I was “Eyes.” They called me over and made me do random things, or knocked me down, or made me run for my life around the track at recess while they watched me from inside. Ninomiya and his friends laughed at me, as usual, from the windows. They called Kojima “Hazmat” and said she smelled like fish or worse. I watched them send her to the store. I saw them kick her the same way they kicked me. Once, I saw them yell “Time for a bath!” and dunk her head in the fish tank.

In her notes, Kojima was energetic and alive, an entirely different person from the girl I saw in class. Whenever I saw things happen to her, I got this sharp pain in my chest, but as bad as it hurt there was nothing I could do. I didn’t want her knowing that I saw her. I had to look away, pretending not to watch.

Excerpted from Heaven by Mieko Kawakami, translated by David Boyd and Sam Bett. Excerpted with the permission of Europa Editions.

Jennifer Nansubuga Makumbi and Patrice Lawrence have won the Jhalak prize for writers of color.

What We Can Learn from the Ultimate Hobbyists... the Wright Brothers 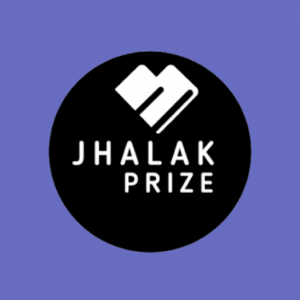 Jennifer Nansubuga Makumbi and Patrice Lawrence have won the Jhalak prize for writers of color. Some literary award news from across the pond: the winners of this year's Jhalak Prize—an annual award for a British or British-resident...
© LitHub
Back to top