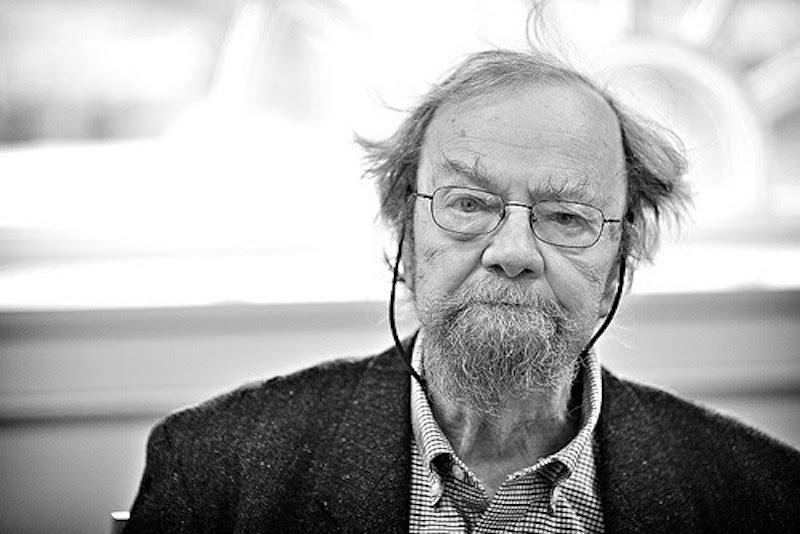 In 1985, when I was a graduate student at the Iowa Writers’ Workshop, my best friend Lucy and I would become obsessed by what we read. We belted out Roethke’s “My Papa’s Waltz” for a full semester. We tried to memorize the first chapter of Garcia Marquez’s One Hundred Years of Solitude. We fell in love with many short stories. I was there to learn how to write short stories so there was a whole raft of them I obsessed over, but none were as close to me as “The Ideal Bakery” by Donald Hall.

Hall was a famous poet, and so he had a knack for condensing the turning points of life into a few words. This short story was short, yet it seemed to contain the entirety of life itself. The book, a collection of stories also called The Ideal Bakery, later went out of print. I kept my battered paperback close at hand and read it again and again. I think the DNA of that story could probably be found in everything I’ve written since.

Fast forward to December of 2014, the month Donald Hall published a slim book called Essays After Eighty. It was the cover that got me, a close-up photo of Hall’s face, bearded and wild and very much after 80. (This is why we need real bookstores, because you walk past a book and see a man’s face on the cover and think, That book. Yes.) In the first essay, called “Out the Window,” he writes, “After a life of loving the old, by natural law I turned old myself. Decades followed each other—30 was terrifying, 40 I never noticed because I was drunk, 50 was the best with a total change of life, 60 began to extend the bliss of 50—and then came my cancers, Jane’s death, and over the years I traveled to another universe. However alert we are, however much we think we know what will happen, antiquity remains an unknown, unanticipated galaxy. It is alien, and old people are a separate form of life.”

Every piece in Essays After Eighty blazed with insight and memory, loss and abundant life. Once again I went back to “The Ideal Bakery,” and back to Hall’s poems. Once again I was struck by his ability to get everything that mattered into a handful of words.

A few days after I read the book, I was in New York to tape a television show. There was a big group of us sitting in theater seats awaiting instruction. The person in the seat next to me was Tom Brokaw. An admiral came over and told Mr. Brokaw he was sorry to hear about Brokaw’s cancer. Tom Brokaw thanked the man and said he was doing OK. When the admiral left, Tom Brokaw turned and looked at me. We had not been introduced. “I’m sorry about the cancer,” I said. Tom Brokaw told me he’d been reading a lot about death. I told him I owned a bookstore. All the books I could think to recommend he had already read, but then I remembered Essays After Eighty, which was as much about death as it was about everything else. It was brand new. Surely he hadn’t read it yet.

In this television studio stuffed full of famous people, I was star-struck unto dizziness. “You get letters from Donald Hall?”

Two years later, Don Hall emailed me. Parade magazine had asked the bookstore to pick our favorite 75 books in the last 75 years. I included The Collected Poems of Jane Kenyon, a wonderful writer who had died of leukemia at the age of 47. There were also a couple of the characters in my last novel, Commonwealth, who read Kenyon’s poems. Jane had been Don’s wife. He wrote to thank me for thinking of her. I wrote him right back and he wrote to me again:

I love it that you love Jane’s poems and keep saying so in print! I didn’t know you knew my name! Goodness knows your letter pleases me so much! I was thinking lately that nobody remembers that I used to write short stories – but now you speak of “The Ideal Bakery”! You do more than speak of it, I know, I know. And you liked my Essays After Eighty also.

After that we struck up a small correspondence. He sent me a copy of Willow Temple, a collection of his stories where “The Ideal Bakery” had been reprinted. I sent him a copy of a Housman poem, “To an Athlete Dying Young” and we talked about Housman. He wrote:

I had not read that Housman for so long! I had forgotten it was, for a Shropshire lad, so long. I’d also forgotten how beautifully he makes use of the headless line. I’ve always been a prosody nut, although I suppose most of my stuff is free verse. I started with meter in most of my first book, then dropped it, and returned – because of loving Thomas Hardy’s poems—to meter and rhyme in later poems.

I still cannot completely wrap my mind around this exchange—Don Hall and I emailing about poetry like it was the most natural thing in the world. He sent me the link to a piece he’d written for The New Yorker about Jane. We signed those emails with love and exclamation points.

When I found an advanced reading copy of his new essay collection Carnival of Losses: Notes Nearing Ninety in the back room of Parnassus, I read it in a day. The essays are about Jane, about the house where his family lived in New Hampshire, the same house where he and Jane would later live together and where he then lived alone. It’s a book about Jane and the long arm of grief. It’s about the poets he knew. It’s about a children’s book he wrote called The Ox-Cart Man that wound up making such a difference in his life. But it’s also more than any of that. The book is about who Don was and how he saw the world. I’m here to tell you there is nothing better. Every superfluous word is stripped away and what is left is the pure force of life.

So here’s what concerns me: that you might see a book called Essays After Eighty or Carnival of Losses: Notes Nearing Ninety, both with pictures of the same grizzled old man on the front cover, and think, That book is not for me. That doesn’t apply to me. But it does. Don Hall holds up a lantern for the rest of us, shining the extraordinary light of his mind on what’s ahead.

I wrote to my hero and asked if I could blurb his magnificent new book. I couldn’t decide if I was being admiring or horribly presumptuous. What does Don Hall need from me?

I’m thrilled to read your email! It’s the first Word I have received from the outside world, from the ARC!

In 1959 I hated the blurbs I had written, so much that I decided never to do any more. Since then, I have refused 4,000 requests for blurbs—from total strangers, from good friends—so I can’t accept your generous offer. If you see me quoted on a jacket, about a book, it had to be from a book review I did.

I wrote him back and said that made perfect sense, but at 89 he was also free to change his policy. If he wanted the blurb, if his editor wanted it, it would be here waiting. His editor wrote to me the next day. I feel very grateful to have been given the chance to say publicly how much I loved Carnival of Losses and how much I loved Don.

Of course, the thing that Donald Hall is famous for is poetry, and if you’re looking for poetry then his Selected Poems is a great place to start. If you prefer a single, slim volume, I would steer you to Without. Or start anywhere you like. There are no bad choices.

Inasmuch as my life briefly tapped against Don Hall’s life, I brushed with greatness. I’m not talking about the emails, which were a ridiculous thrill. I’m talking about finding “The Ideal Bakery” when I was 21, and all the poems, the children’s books and essays, and especially A Carnival of Losses. It’s all right there, all the wonder of another person’s life and talent and time, waiting in a book. It is a tremendous inheritance for all of us. Don died on June 23, 2018, three months shy of 90. A Carnival of Losses will be published on July 10.

This essay also exists on ParnassusMusing.net, the blog of Parnassus Bookstore.

Ann Patchett is the author of six novels and three books of nonfiction. She has won many prizes, including Britain's Orange Prize, the PEN/Faulkner Prize, and the Book Sense Book of the Year. Her work has been translated into more than thirty languages. She lives in Nashville, Tennessee, where she is the co-owner of Parnassus Books. Her most recent novel is The Dutch House. 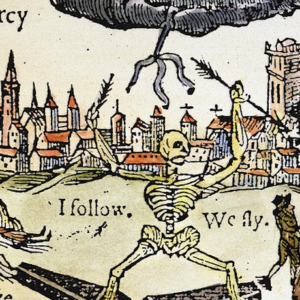 “This is a good reminder that achieving gender parity is not a one-time goal.” The 2017 VIDA count is here. | VIDA ...
© LitHub
Back to top