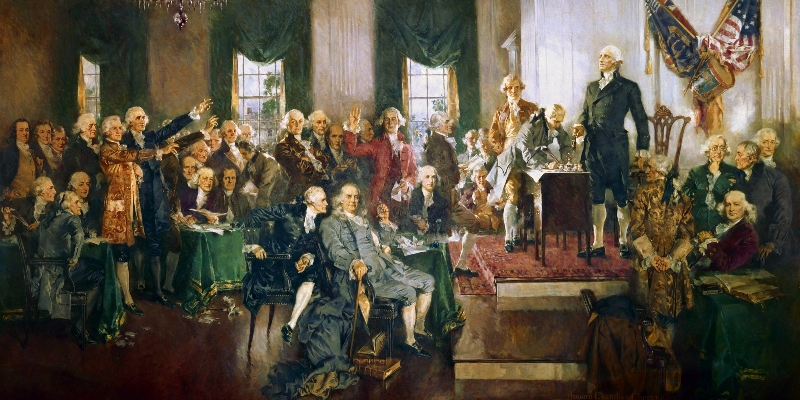 In the second episode of our new season on Just the Right Book with Roxanne Coady, Jordan Blashek and Chris Haugh join Roxanne to discuss their book, Union: A Democrat, a Republican, and a Search for Common Ground.

Roxanne Coady: I want to bring us back to the little topic of the Constitution. Because in many ways, for most of US history, the Constitution has stood for a common vision that we had as a country. I was going to say that we seem to have as a country, but I think we actually did have as a country. And now there’s a lot of observation that we no longer really share a vision. We no longer have a unified sense of what it is America’s about. After three years of meeting people, what’s your view of the American vision? Is there a unified vision? Is the American dream just like, 300 million different versions of an American dream?

Jordan Blashek: Yeah, it’s a great question. I think there’s a historical answer, a philosophical answer, and then our journalistic answer from the road. The historical answer is, the idea that we’ve ever had a unified vision of the country I think is actually just wrong. From the day the Constitution was signed, we broke into factions that had very different views of whether America should stay this agrarian state, sort of the Jefferson-Madisonian view, or whether it should be an industrial powerhouse, which was the Hamiltonian view. And from that day on, we’ve always had very different visions. The important thing is that we engage around the Constitution in order to argue for our vision. And that’s the magic of the Constitution; it creates a framework for governance to have these debates about which direction we should go, and no matter what side you come at it from, as long as you’re wrestling over the idea of America and the Constitution itself, you’re engaging in that common project.

I think the philosophical answer is tied to that, which is every generation has the right and ability to interpret the Constitution, to argue for what it means. We’ve seen over our long history all these different philosophies for what the Constitution means or how to interpret it. It’s a beautiful thing to watch, and we’re still doing that today. So all these debates we have over things like Black Lives Matter or police brutality, issues of citizenship and borders, all of these are still in the context of different theories of constitutional interpretation that we’re wrestling over. Chris and I can find that very inspiring.

And then the last question of what we saw on the road, Chris as the journalist will have a much better answer than me, but I think we saw everywhere we went that everybody we talked to was worried about what was pulling us apart and felt deeply about the future of the country. And those two things speak to this shared future we still have together. But I would love to hear what Chris says about that.

Chris Haugh: I would totally agree with everything Jordan just said, which is a fun statement to make after three years of fighting. But no, I would just reiterate that both of us very early on, and I think we wrote about this in the book, believe that America is an experiment, and that that means we constantly have to renew it. We constantly have to fight for it.

You know, I was just re-listening to Barack Obama’s eulogy for Rep. John Lewis, and he says we have to redeem the original ideas of this country. I think that is true across the board. We share this values language. We share this fundamental belief in the words of our Constitution and the words of the Preamble in particular. It’s just a constant effort to find the way to live up to them more fully. And we often get it wrong.

This is something that Jordan and I talk a lot about. It’s actually why we’re so hopeful, is that that spirit of experimentation, of entrepreneurial politics, still exists all around this country, even if it’s not living in the headlines or living in our politics right now. That is what we saw on the road, is people willing to fight for those values, willing to fight to try to make that Constitution more real by the day. So we’re very hopeful, excited for the future of the United States, even though we’re in this moment of great tragedy.

Jordan Blashek is a businessman, military veteran, and attorney from Los Angeles, California. After college, Jordan spent five years in the U.S. Marine Corps as an infantry officer, serving two combat tours overseas. He holds degrees from Yale Law School, Stanford Graduate School of Business, and Princeton University. Jordan is based in New York, where he invests in entrepreneurial efforts to grow the American middle class as a part of Schmidt Futures, a philanthropic initiative founded by Eric and Wendy Schmidt.

Christopher Haugh is a writer from Kensington, California. After graduating with highest honors from the University of California, Berkeley, Chris attended Oxford University and started speechwriting as an intern in the Obama White House. He went on to join the U.S. Department of State’s Policy Planning Staff where he served as a speechwriter to the Secretary. In 2018, Chris graduated from Yale Law School where he was a Yale Journalism Scholar. Chris is based in the San Francisco Bay Area and New York. 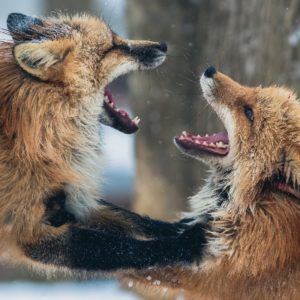 Logic, the study of how certain arguments either succeed or fail to support their conclusions, is one of the most essential...
© LitHub
Back to top