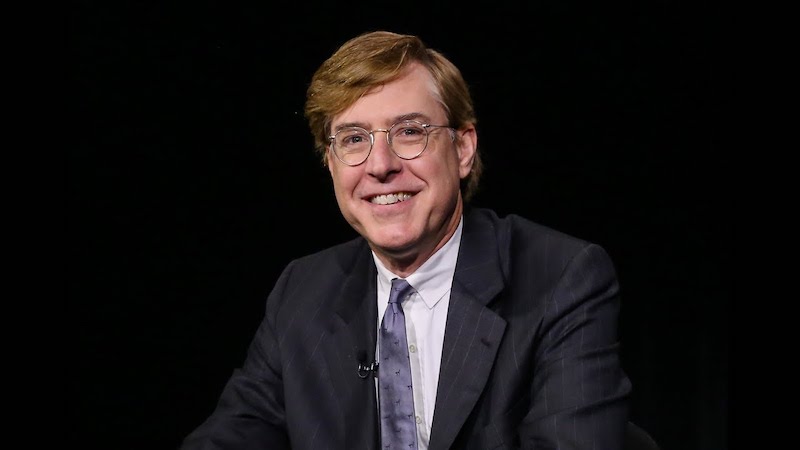 What Do Dems Do Now? Thomas Frank on How the Left Can Counter a Rogue Supreme Court

Writer and historian Thomas Frank joins Fiction/Non/Fiction hosts V.V. Ganeshananthan and Whitney Terrell to discuss how the US can move forward in the wake of the Supreme Court’s overturning of Roe v. Wade. Frank offers his perspective on what it would take for Democrats to win back control of states that have swung right in recent years. He also reads from his 2004 book What’s the Matter With Kansas?

What’s the Matter With Kansas? • The People, No • Listen, Liberal • Rendezvous With Oblivion • The Wrecking Crew • Pity the Billionaire • One Market Under God • The Conquest of Cool • The Baffler

Caligula • Anatole France • Vladimir Nabokov • An Inquiry Into the Nature and Causes of the Wealth of Nations by Adam Smith • More than 1 million voters switch to GOP in warning for Dems, The Washington Post • The Unpopular Tale of Populism: Thomas Frank on the Real History of an American Mass Movement Season 3, Episode 22 of the Fiction/Non/Fiction podcast • The Return of Socialism in America? Dana Goldstein and Thomas Frank on Season 1, Episode 17 of the Fiction/Non/Fiction podcast

Whitney Terrell: That’s what we’re doing this podcast to try to figure out. I’ve had conversations with people from both coasts recently about why Midwesterners and Southerners are so bad on the issue [of reproductive rights]. Why did they allow this to happen? Why don’t they vote for Democrats? And here are the reasons that I get: They’re poorly educated. Thank you, that’s helpful. That’s going to really win votes. They’re racist. People in rural areas are too religious.

TF: All of these have something in common. It just hit me.

TF: In all three of them, it’s not the Democratic Party’s fault.

WT: Yeah, that’s what I want to get to. These are ways of avoiding that the Democratic Party has done a bad job of getting votes in these states, but I still want to go through each of those concepts. So, first of all, the lack of education.

V.V. Ganeshananthan: I’m going to give it the first-ever explicit plus rating.

WT: What they really mean is they weren’t educated in an Ivy League school or a really great school like I went to.

TF: You know what we need to do? We need to open Princetons in every state. Princeton should branch out and make it free, and really, really water down the value of a Princeton diploma. But at the same time, the Democratic Party would start winning again, if this theory—that theory is horseshit. There was a time when Democrats easily won the votes of people who hadn’t graduated from high school. It was easy. Okay, next.

WT: It might help to have some people involved in the Democratic Party and leadership who didn’t go to Ivy League schools, and who did go to schools at places like Minnesota or Michigan or Missouri. Sugi, you and I have talked a lot about the race issue in the Midwest and the way that people think of the Midwest monolithically as not being diverse. Do you want to talk about that one a little bit?

VVG: Yeah. Certainly here in Minnesota, in the Twin Cities, there’s also this rhetoric about who lives in rural spaces, like the notion that those are uniformly white, or that they’re homogenous in some way, which, as you say, we’ve talked a lot about on the show. It’s not true. If we use Tom’s test, has this always been true? You can go pretty far back and find people of color in rural spaces. That’s not news. So that, too, strikes me as an excuse.

TF: You can also find lots of politicians who are very liberal on exactly this issue, and come from those places. That’s not unusual. You think about the three Democrats who did the most on civil rights. That’s Harry Truman, Hubert Humphrey, and Lyndon Johnson. All of them are from these places.

VVG: Right. There’s also a strong social justice culture. That’s in part coming from the culture of European heritage; it’s very Scandinavian. That’s actually an influence you can see in the social justice organizations that are here, like Human Rights Advocates or the Center for Victims of Torture. These are all things that flourish here. We have such a huge refugee population, we have these huge populations of immigrants. And that has been true for a pretty long time.

I’m also curious, I have been reading for the past few days, these stories about how something like a million voters across the country, or maybe more, have switched their registration. The swing suburban voters have been switching their registration from being Democrats to being Republicans. And so there are people coming up with different analyses for why that is. The articles that I have read, I haven’t found super convincing or thoughtful, and I’m curious about what you think about that, because I feel like that is actually a thing that might be happening here. I feel like walking around my neighborhood or going just a little bit past the Twin Cities to the ’burbs and asking, What are you guys thinking? Why would you be doing that? And then there are some people who are switching their registrations to throw Republican primaries off in some way or to vote for more moderate candidates, for strategic reasons.

WT: I haven’t heard those stories. So that’s a new one.

TF: I have, but I’ve never met anybody who is actually doing that.

VVG: Exactly. Then I also think that that doesn’t account for—and these articles are not saying that it does—it doesn’t account for all of that switching. In some of those cases, like a couple of these articles I was reading, the people interviewed were offering up things like, oh, the Democrats talk about race all the time, or it doesn’t seem like they’re dealing with… It’s the economy, stupid. So all these things that are not Biden’s fault, like a baby formula shortage or gas prices being hiked, are being laid at his feet.

WT: He’s being nailed for some economic things, that’s for sure true.

TF: Did I ever tell you guys a story about… We talked about Johnson County, Kansas, which is a place that Whitney and I have both mocked in print at great length. And it’s this very, very wealthy suburb of Kansas City. It has been Republican since forever. When I was a kid, Republicans held all the offices; their entire delegation to the state legislature was Republican. And if you looked up the history, they had voted for the Republican candidate for president every time going back to 1916. And they just flipped for Biden. So this is like this is a landmark thing.

WT: And the woman who’s the congressional representative from Johnson County, Sharice Davids, is a woman of color and a very good politician.

VVG: This is what these articles are saying—that these suburban voters who helped Biden to win are leaving him.

WT: Well, that would be bad for him, because Democrats are counting on the suburbs. Okay, the last thing is people won’t vote in the Midwest and South for Democrats because they’re religious. And because the people that are too religious say Democrats are not religious enough. What do you think about that? I personally don’t think that’s true. Clinton, believe it or not, won religious votes. I think Obama did a good job with that. I don’t know why that would be an issue at this point. The only thing I can think of is that saying someone is too religious is like a codeword for Democrats are too friendly to LGBTQIA rights. But we also see the polling on that nationally, and even in rural areas, I think that people are not really jonesing for an end to Obergefell and the end of gay marriage.

TF: But if the Rs nominate Trump again, that’s not going to be a problem. He is driving those people away. I think there’s so much confusion around this. A lot of Americans are very religious. That should not surprise anyone. Their religions are as we all know—and Kansas City, my god, if you were a sociologist of religion, it’s a most wonderful place to study. I don’t know about the Twin Cities, but it’s probably also pretty damn good to observe this sort of thing in action. A lot of people are… how do you want to put this? They don’t know how to deal with a form of liberalism that is always couched in highly academic language.

WT: The principles of liberalism work with Christianity.

TF: Of course. That’s where it comes from.

WT: If they could use the language of Christianity to talk about liberalism… It’s totally possible. Take care of the poor. Give money away to people if you have too much money.

TF: The grounding of the welfare state is in that species of Christianity. 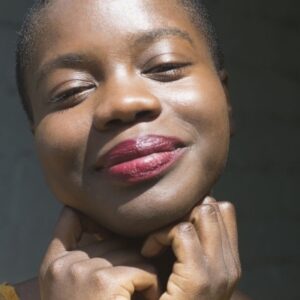 This week on The Maris Review, Tomi Obaro joins Maris Kreizman to discuss her debut novel, Dele Weds Destiny, out now from...
© LitHub
Back to top