Poets and Writers and Their Fixation on the Stars

In September 1863, nearly a year into his time spent with the Union wounded in Washington D.C., Walt Whitman wrote to his mother “we are having perfect weather here nowadays, both night & day—the nights are wonderful, for the last three nights as I have walked home from the hospital pretty late, it has seemed to me like a dream, the moon & sky ahead of any thing I ever see before.”

After the war, Whitman would continue to write about the moon to family, lovers, and friends. He viewed a shining moon as a sign of good luck—as well as a point of guidance, as when after he “punished a fearful quantity of good oatmeal mush & stewed blackberries,” he made “a delightful jaunt home to Camden, a most lovely evening (the moon & Jupiter in conjunction, & I speering them all the way home & especially on the river).”

Sometimes a single poem reverberates through a poet’s entire life, and Whitman’s concise yet powerful “When I Heard the Learn’d Astronomer” feels central to his sense of wonder. Whitman’s narrator is unmoved by the astronomer’s lecture; he is uninterested in proofs, figures, charts, and diagrams. The narrator almost becomes celestial himself, “riding and gliding out I wander’d off” so that he could look “up in perfect silence at the stars.”

Unlike other sciences whose secrets are hidden within breathing bodies or mechanized forms, astronomy is open to all eyes. As children we reach for those white specks patterned against a blue-black canvas. We cannot believe that the stars are really that far. Yet the appeal and mystery of the heavens never truly fades. Although astronomy is a precise, meticulous science, it is also part fiction, poetry, philosophy, and theology. Astronomers, like writers, return anew to ancient canvases in hopes of that one unusual discovery. Here are nine such works of literature that gaze skyward.

Rich’s poem is invoked to Caroline Herschel, who discovered eight comets in the late 18th century. Rich offers Herschel’s own words, describing her life as a woman “in the snow / among the Clocks and instruments / or measuring the ground with poles.” Herschel is metonym for the “Galaxies of women” all “doing penance for impetuousness.” Rich’s verse swallows the cosmos entire, distilling that expanse down to one body: “I am an instrument in the shape / of a woman trying to translate pulsations / into images for the relief of the body / and the reconstruction of the mind.” (from The Fact of a Doorframe: Selected Poems 1950-2001)

Hoyle, a noted astronomer, fictionalized one of his own theories in this novel: panspermia, the concept that microscopic organisms may travel attached to interstellar debris. Hoyle even conjectured that the 1918 flu pandemic was the result of comet dust; needless to say, it is not a popular claim. In Hoyle’s novel, a monstrous gas-cloud threatens to engulf the sun, threatening to end life on Earth. Astronomers soon learn the black cloud is an intelligent being, and attempt to communicate with it. Hoyle is not the only astronomer-writer: It seems fitting that the first science fiction novel, the 17th-

century tale Somnium, was written by the astronomer Johannes Kepler.

Shapiro’s poem perfectly captures the appeal of the stars to children, as two boys “lean out on the railing / of the front porch,” staring upward. The “older boy is saying that no matter / how many stars you counted there were / always more stars beyond them.” The younger boy can only think in a scope he understands; how he sneaks to the back of his mother’s closet, “into the sheer black where / no matter how close he holds / his hand up to his face / there’s no hand ever, no / face to hold it to.” (from Happy Hour)

“I am a white dwarf.” So begins Gerard’s poetic novel, in which earthly bodies are celestial bodies, and single-sentence paragraphs are linked as constellations. An astronomy student documents a harried cross-country road trip with her boyfriend. Gerard has said “We talk about the natural world in very humanistic terms—plants have organs, plants have aerobic systems, stars attract and repel each other, they shrink away from each other. And I think we can all relate to the feeling of being gravitationally drawn to something.”

Frost wrote many poems about astronomy and the stars. He received his first telescope when he was 15, and wrote about astronomy for his high school newspaper: “a little real observation would stand out of all this blackness as the moon seems to stand out of the darkness when looked at through a telescope; it makes the darkness seem pleasant.” Years later, Frost received a telescope and tripod as a gift from a long-time friend, and wrote a poem as thanks: “I don’t see how on earth I ever farmed / A day without a tool so all important.” “The Star-Splitter” is about a failed farmer who “burned his house down for the fire insurance / And spent the proceeds on a telescope / To satisfy a lifelong curiosity / About our place among the infinities.” The farmer invites the narrator to have a look “Up the brass barrel, velvet black inside, / At a star quaking in the other end.” The $600 telescope was nice, but the narrator ends on an unsatisfied note, wondering: even with that better sight of distance, “Do we know any better where we are”? (from The Collected Poems)

“The Old Astronomer to His Pupil,” Sarah Williams

Whitman’s staid lecturer is a sharp contrast to Williams’s gentle mentor, who says his pupil should prepare for the scorn of critics when the “obloquy of newness may fall bitterly on you.” Williams, who published under the pseudonym “Sadie” and died from cancer at 30, is best known for this poem. The verse is an elegy spoken by a narrator resigned to, but not worried by, his end: “Though my soul may set in darkness, it will rise in perfect light; / I have loved the stars too fondly to be fearful of the night.” (from Twilight Hours: A Legacy of Verse)

The Movement of Stars, Amy Brill

Brill’s central character, Hannah Gardner Price, is based on Maria Mitchell, the first American woman to discover a comet. Like Mitchell, Hannah takes to the roof to make her observations. That is where she feels most alive. Early in the novel, when she is unable to observe a nebula for a second night, Hannah thinks “Even the crushing sense of defeat she felt on nights like tonight, when the elements or her instruments obscured the beautiful mysteries overhead, moved her more than anything that went on in daylight.” Brill’s narration captures the precise movements of a patient astronomer, but also becomes lyric about Hannah’s youth. She was camping with her twin Edward and her father, and stared at the stars above. She “tried to commit them to memory, each in turn, until they blurred together and she slept beneath them.”

Alexie’s villanelle is about a young father who wished “to walk outside and praise the stars” but his baby son is coughing and unsettled. The child is screaming for his mother, so the father felt “Dull and jealous, I was the smallest part / Of the whole.” He watches his wife feed his son in the dark, and wonders “Was my comfort more important than the stars?”

Sherman offers that the danger of astronomy is the elevation of the viewer—our tendency to think something is ours because it can be captured, framed by a lens.

Auden’s short poem is a few breaths longer than Whitman’s. “Looking up at the stars, I know quite well,” he begins, “That, for all they care, I can go to hell.” Auden’s turns of tone are the perfect match for the wide-mouthed viewer of the disinterested heavens. The sky knows its beauty, and cares little for our praises. It must be that way: “How should we like it were stars to burn / With a passion for us we could not return?” Yet Auden captures the paradox of stars: “I cannot, now I see them, say / I missed one terribly all day.” Despite all the beauty of the heavens, for now our feet are on the ground. (from Homage to Clio) 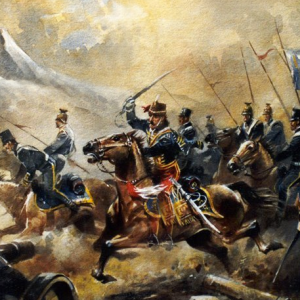 Bill McKibben's five books to read if you care about the planet. | Literary Hub The PEN Literary Award longlists...
© LitHub
Back to top
Loading Comments...