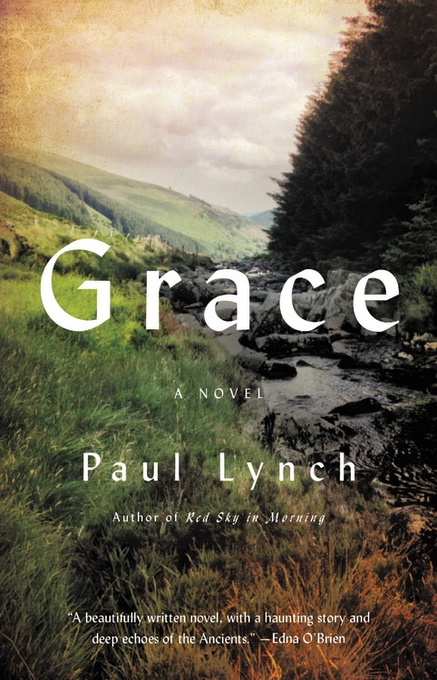 The following is from Paul Lynch’s novel, Grace. Set in the potato famine of 1845, it follows 14-year-old Grace, whose mother sends her out into the world disguised as a boy. Paul Lynch was the chief film critic of Ireland's Sunday Tribune newspaper from 2007-2011. He is the author of Red Sky in Morning, The Black Snow, and Grace.

This flood October. And in the early light her mother goes for her, rips her from sleep, takes her from a dream of the world. She finds herself arm-hauled across the room, panic shot loose to the blood. She thinks, do not shout and stir the others, do not let them see Mam like this. She cannot sound-out anyhow, her mouth is thick and tonguing shock, so it is her shoulder that speaks. It cracks aloud in protest, sounds as if her arm were rotten, a branch from a tree snapped clean. From a place that is speechless comes the recognition that something in the making up of her world has been unfixed.

She is drawn to the exit as if harnessed to her mother, her body bent like a buckling field implement, her feet blunt blades. A knife-cut of light by the door. Her eyes fight the gloom to get a fasten on her mother, see just a hand pale as bone vised upon her wrist. She swings her free fist, misses, swings at the dark, at the air complicit, digs her heels into the floor. Will against will she pits, though Sarah’s will now has become more like animal power, a secret strength, she thinks, like Nealy Ford’s ox before he killed it and left, and now her wrist burns in her mother’s grip. She rolls from her heels to her toes as she is dragged out the door.

What comes to meet them is a smacking cold as if it has lurked there just for them, an animal thing eager in the dawn, a morning that sits low and crude and gray. Not yet the true cold of winter though the trees huddle like old men stripped for punishment and the land is haggard just waiting. The trees here are mountain ash but bear not the limbs of grace. They stand foreshortened and twisted as if they could find no succor in the shallow earth, were stunted by the sky’s ever-low. Beneath them pass Sarah and her daughter, this girl pale-skinned, fourteen, still boy-chested, her long hair set loose in her face so that all her mother can see of her are the girl’s teeth set to grimace.

Her mother force-sits her on the killing stump. Sit you down on it, she says.

It seems for a moment that a vast silence has opened, the wind a restless wanderer all times at this height is still. The rocks set into the mountain are great teeth clamped shut to listen. In the mud puddles the girl is witness to herself, sees the woman’s warp standing over her gray and grotesque. The spell of silence breaks, wing-flap and whoosh of a dark bird that shoots overhead for the hill. She thinks, what has become of Mam while I slept? Who has taken her place? Of a sudden she sees what the heart fears most—pulled from out of her mother’s skirt, the dulled knife. And then out of her own dark comes her brother Colly’s story, his huge eyes all earnest, the story of a family so hard up they put the knife to the youngest. Or was it the eldest? she thinks. Colly, always with the stories, always yammering on, swearing on his life it was true. Quit your fooling, she said then. But now she knows that one thing leads to another and something has led to this.

She hears Sarah wheezing behind her. Hears the youngers creep open the door to peep. She thinks of the last living thing they saw put to blood, the unfurling of the goose into arching white as it was chased, rupturing the air with shrill. The eerie calm of that bird with its long neck to the stump and their sister quiet now just like it, the same blunt knife that made such long work. And Boggs that time waiting. The way he picked them clean. She sees the blade come up, becomes an animal that bucks and braces against her mother.

The rush of Colly then, this small bull of a boy twelve years old, his cap falling off, yelling out his sister’s name. Grace! She hears in his

voice some awful desperation, as if to speak her name is to save it from the closure of meaning, that as long as he is sounding it no harm can be done. She feels the swerve towards an oncoming dark, Colly tugging at his mother, the way he gets an arm around Sarah’s waist until she makes light work of him, puts him to the ground. Then she speaks and her voice is shaking. Colly, get you back into the house. Grace turns and sees her brother red-cheeked upon his sit-bones, sees the knife in her mother’s hand as if she were embarrassed of it. Eye to eye they meet and she is surprised by what she does not see in her mother—any sign of madness or evil. Hears when the woman speaks a knot twisting in the cords of her throat. Enough, please, would ye.

Then Sarah moves quick, takes a fist of the girl’s hair to lay bare the porcelain of her throat, brings up the knife.

All the things you can see in a moment. She thinks, there is truth after all to Colly’s story. She thinks, the last you will see of Mam is her shadow. She thinks, take with you a memory of all this. A sob loosens from the deepest part and sings itself out.

What she meets is the autumn of her long hair. It falls in swoons, falls a glittering of evening colors, her hair spun with failing sunlight. She sobs at the pain in her scalp as her mother yanks and cuts. Sobs as her hair falls in ribbons. Her eyes closed to their inner stars. When she opens them again her mother has circled her. Colly on his knees holding fistfuls of hair. The wind-cold licking bitter at her bare neck. She raises her hands and puts them dumb to what’s left of her head, her mother stepping in front of her, the knife going into the dress. Sarah looks frustrated, breathless, wan and exhausted, the skin on her throat beginning to hang loose as if to wear it well requires effort she has not within her. Her collarbone a brooch of banished beauty. She rests her hands on her seven-month swell, bolds up her voice to her daughter. What she says.

You are the strong one now.

The shard of looking glass holds the world in snatches. She snares the cloud-tangled sun and bends it towards her feet. They are long and narrow feet and though unshod are unmistakably hers—as delicate as any girl’s, elegantly formed, she thinks, and if you washed the dirt you would see beneath the nails a perfect rose-pink. She is proud of her slender ankles, not swollen like Mam’s. The knobbly jut of knee with its moony scar. She turns and reflects the sun towards the back of Colly’s head, the boy in a sulk, snorting fumes from his clay pipe. She hears the padding of speedy feet inside and then a child falling, knows from the cry it is the youngest, Bran. Colly muttering a curse, then getting up in a flop when the crying does not cease. She cannot bear to look at her head. Swings the looking glass to see gossamer strung between two rocks—a cobweb that swings a gentle arc on the breeze and the way it pulses light makes it seem alive with the sun. She reaches her finger and severs it, wipes what sticks off the rags of her skirt. If her finger were a blade it would be as sharp and pointed as her hate. She thinks, the things I would do with it.

Movement by the door. She angles the looking glass so she can see her mother step out of the house with her red shawl, a fisherman catching a shoal of daylight as she swings it over her shoulders. Sarah pulls a chair to the middle of the road, sighs, sits red-faced as if awaiting somebody—awaiting Boggs, Grace thinks—Sarah’s hands fumbling on her lap. She sighs again, then stands and steps wordless into the house, emerges with the ash pin and fastens it to her shawl, sits down on the chair. No one dares talk when Sarah is like this, though Colly and Grace keep their eyes fixed on her. She knows that Colly sees the makings of a witch in his mother, wants to lay her cold with his fist. She watches the way her mother sits watching the road on top of the hill, pokes her eyes into the holes of Sarah’s dirt-white skirt, each hole as wide as two or three fingers. The way the skirt fans down from the waist like the warped pleat of a melodeon. And then, for a moment, she sees her mother as someone different, thinks that by seeing Sarah in the looking glass she can see her truly as she is—a woman who might once have been young and wears a glimmer of it still. The way this fifth pregnancy is graying her. And then like light the awareness passes and she grabs hold of her hate.

From GRACE. Used with permission of Little, Brown and Company. Copyright © 2017 by Paul Lynch. 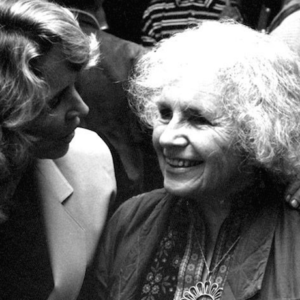 Lit Hub Daily: August 22, 2017 An ode to the sun by Karl Ove Knausgaard. | Literary Hub Gabrielle Bellot on the sly darkness of Ray Bradbury’s...
© LitHub
Back to top