An editor recently asked me to contribute to a Thanksgiving roundup piece. I’d like to create some positivity, he said; tell me what you’re thankful for. As an example, he suggested: “I’m thankful for my wife and children, and that we live together in a safe home. I’m especially thankful for modern medicine, which has greatly lengthened my own and my wife’s lifespans.” At the end, he added a stern one-line caveat: “I’m not using anything about politics.”

Here’s what I wrote in response.

Lovely to hear from you and thanks so much for this invite. I love this idea, but honestly, in the current moment, it’s hard for me to think of things that I’m grateful for that are not, in some way, connected to politics. Please understand: I completely get why you’d prefer not to use anything about politics. After such a hard-fought and often toxic election season, I think everyone wishes we could take a break.

But as a woman and a person of color, my very existence is political through no choice of my own. I don’t get to take a break even if I want to.

What am I thankful for? I’m thankful for my parents, who immigrated to this country as poor students, worked their way up in a country that wasn’t always welcoming to them, and stayed and put down roots for my sister and me so that we could succeed; who taught us that tolerance and compassion and hard work aren’t simply buzzwords, but human values, and the tenets of the country they chose to make their home; who have shown me through every action of their lives that no one gets anywhere on their own, and that if you’ve had an ounce of success, it’s your duty to recognize those who helped you along the way, and to pay it forward.

I’m thankful for my sister, who has always been a role model for me in every way; who, as a woman in the male-dominated field of engineering, taught me that sometimes you have to fight for every inch of ground; who, growing up a decade earlier than me in a much less racially tolerant place and time, encountered racism in many forms and passed along tools to fight it; who, as a person with a prosthesis, shows me every day that a “disability” doesn’t have to stop you from doing what you want and that I always, always need to be aware of the limits other people may be working with.

I’m thankful for my husband, who (like all the other men I choose to keep in my life) treats me like an equal; who values my opinions and my abilities and respects my body; who listens to me when we disagree and defends my right to disagree with him; who loves me because I’m smart and have opinions and speak my mind and stand up for what I believe in. In other words, because I’m what others might call—have called—a nasty woman.

I’m thankful for my husband’s parents, who raised a son who thinks of women as equals; who—as a mixed-faith couple—demonstrated tolerance and acceptance; who—though they spent their lives in sharply-divided Ohio—have, for as long as I’ve known them, been advocates for tolerance and civility; who, as lifelong teachers, worked to foster those values in generations of others.

I’m thankful for my son, who is the kindest and gentlest child I know; who feels things deeply and is wounded by the pain of others; who proudly wears purple and doesn’t believe in the concept of “girls’ toys” and “boys’ toys”; who loves his brown friends, his white friends, his boy friend who wears dresses and his girl friend with a Mommy and a Mama; who, when I tried to explain that our new president-elect thinks it’s okay to touch women’s bodies even if they don’t want him to, and that many people who supported him think that people with darker skin (including us) weren’t as good as people with light skin (like Daddy), shouted, “Well, that’s not true!”; who I chose to have, because I am lucky enough to live in an era—at least for now—where I am in charge of my own fertility, and unlike many women, am lucky enough to have the resources to make those choices; who reminds me every single minute of every single day of the right thing to do, and the kind of world I want him to live in—in short, what I’m fighting for.

I’m thankful for my friends, strong women and men alike, who keep me honest, who challenge me to think harder and wider and more carefully, yet have my back in whatever I’m in; who set an example for me by their own actions; who are often smarter and kinder and more articulate than I can be, and who so often say what I mean but can’t put in words. They have had different experiences than I have, which they share with me, and they listen when I share mine. They are survivors: of assault and abuse, of discrimination, of threats and hurdles of all kinds. I’m thankful they refuse to be silenced. I’m thankful for their children, whose parents are raising them to get in good trouble, and to make the world into the kind of place we want it to be for them.

I’m thankful for my work—that I have had the chance to share my writing with others—and for my readers, who have taken the great risk of stepping into another person’s mind and experience and letting it change them; who have allowed their minds to be open to another point of view, even if only for the space of a book; who have written to me and tweeted at me and whispered in my ear and passed letters to me saying that my book mattered to them, that it made them think differently, that it made them see their mothers or their children or their friends differently, that it spurred them to take action—therapy, reconciliation, attempts at reconnection—in their own lives. The point of writing, and reading, is empathy. It’s something that we’re desperately going to need in this next administration—and beyond. It’s something that every day appears to be eroding around us, thanks to the words of the people now poised to take power. It’s something I’m going to keep working for, and writing about, and I’m thankful to my publishers for making that possible, and to readers for hearing what I have to say.

So there you are. That’s what I’m thankful for. How can I take the politics out of any of it, when the personal is—more than ever, now—political?

Celeste Ng is the author of the novel Everything I Never Told You, which was a New York Times bestseller, a New York Times Notable Book of 2014, and named a best book of the year by over a dozen publications. Her fiction and essays have appeared in One Story, TriQuarterly, Bellevue Literary Review, the Kenyon Review Online, and elsewhere, and she is a recipient of the Pushcart Prize. Currently, she lives in Cambridge, Massachusetts. Her second novel, Little Fires Everywhere, will be published by Penguin Press in fall 2017.

Broken Systems: Fiction at the Intersection of Immigration and Criminal Justice 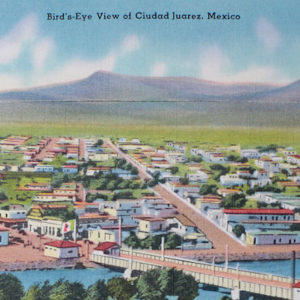 Broken Systems: Fiction at the Intersection of Immigration and Criminal Justice