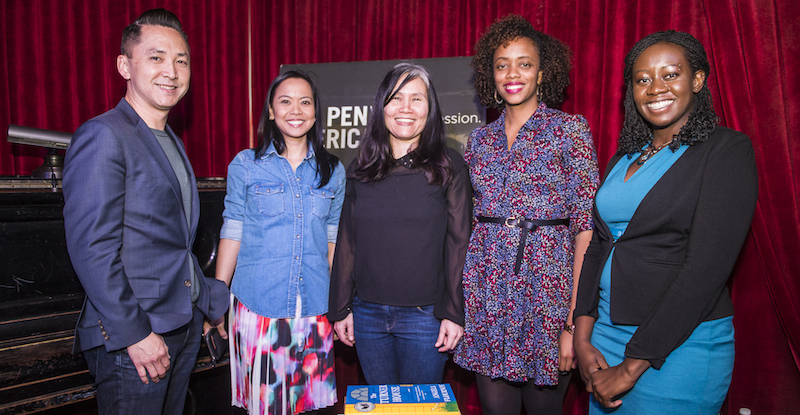 The Nominees on Craft and Writing Advice, Plus Audio from Last Night's Reading

Tonight, PEN America will announce the recipient of the 2016 PEN/Robert W. Bingham Prize for Debut Fiction at its annual literary awards ceremony. The Bingham Prize “honors an exceptionally talented fiction writer whose work—a first novel or collection of short stories—represents distinguished literary achievement and suggests great promise of a second work of literary fiction.” This year’s nominees are Mia Alvar for In the Country, Angela Flournoy for The Turner House, Julie Iromuanya for Mr. and Mrs. Doctor,  Viet Thanh Nguyen for The Sympathizer, and Jennifer Tseng for Mayumi and the Sea of Happiness. To become better acquainted with the finalists, PEN asked all five authors about their writing habits, best advice, future plans, and more.

1. If you could pose one question to a dead writer, what and who would you ask?

Mia Alvar: I’d thank Ralph Ellison for Invisible Man, but I’d probably be too nervous/intimidated to ask him a real question.

Angela Flournoy: My first thought was to ask James Baldwin to teach me how to write a sentence “as clean as a bone,” but I suppose if I keep reading his work I might be able to figure that out on my own one day. Instead, I’d ask him about his short story, “Sonny’s Blues,” and how he came to write its perfect ending lines.

Julie Iromuanya: I would ask Zora Neale Hurston, if she could pose one question to a dead writer, what and whom would she ask?

Viet Thanh Nguyen: I’d ask William Shakespeare, Does it make any difference in the afterlife to be a famous writer?

Jennifer Tseng: What was it like to die? This is a question I would love to ask any, if not every, dead person. As for a dead writer, I’d ask Sei Shōnagon, because a too direct description of death, like looking a god in the eyes, might kill me, and I imagine her answering with a list.

2. Where is your favorite place to write?

Mia Alvar: There’s a tiny attic studio at the Yaddo residency in Saratoga Springs, New York, where I once spent two incredibly happy and productive weeks. I wish I could write there every day.

Angela Flournoy: If I can wake up early enough—before 6:00am preferably—my favorite place to write is at my desk at home. That doesn’t happen as often as I’d like, so I do a lot of writing in coffee shops, where there are snacks nearby to use as incentives.

Julie Iromuanya: My favorite place to write is at home in front of a window. I think the most important thing for me is to get comfortable, because it eases me into my creative space and the world of my characters.

Viet Thanh Nguyen: At my desk, in the master bedroom, with a view of downtown Los Angeles. I used to have my own office, where I wrote my novel, but then my son was born and I was no longer the most important male in my family. He usurped my space, but I’ve gotten over it.

Jennifer Tseng: The window seat in our third-floor apartment. When I climb onto it and close the curtain that separates it from the living area, the window seat becomes a small room. Part tent, part tree house. From here, I can see the sky, trees, a church, the train, other apartments. I can see people on the street but they can’t see me (I’ve checked this). Early in the morning, when it’s quiet, I can hear entire conversations. From here, I can see without being seen, hear without being heard. It’s a perfect place for a writer.

3. In five words, what’s your advice for aspiring novelists and short story writers?

Mia Alvar: I’m working on a novel about Milagros, a character from In the Country, picking up where her story in the collection leaves off.

Angela Flournoy: Another novel! It’s exciting to be at the beginning again.

Julie Iromuanya: I’m spending a month in France working on my next novel manuscript, A Season of Light. It’s still in a messy place right now—messy being loose and free enough to make room for new ideas and new directions—but I’ve set a few “anchors” in place. It’s about the experiences of children of immigrants, and I’m looking closely at the ways traumas can be inherited. I’m fascinated by the notion of inherited grief; after all, the promise with the birth of successive generations is a new beginning. At the same time, to be reborn is to be repurposed. So I’ve been thinking a lot about cycles and the ways they are obscured and revealed.

Viet Thanh Nguyen:  Finishing a short story collection, mostly written, for my publisher Grove/Atlantic. The paperback of The Sympathizer comes out in March. And so does my next book, Nothing Ever Dies: Vietnam and the Memory of War, from Harvard University Press. It’s the critical companion, in many ways, to The Sympathizer.

Jennifer Tseng: Like a holiday, Mayumi and the Sea of Happiness sent me elsewhere, gave me pleasure, restored me. Now I’ve returned to the world of my first novel, Woo, the imagined story of my late father’s life—in particular, the story of his experience of being an immigrant in America. Woo is a project driven by my urge to salvage. I want to save my father’s quirks, his habits, his moral systems. I want to save his hair, the way he combed it, his misspeak and his eloquence, his clothes, his shoes, his belt. The hours I spend writing Woo are, in effect, hours I spend with my father, time we spend communing, away from the world and yet very much part of it, time we wouldn’t have together otherwise.

LISTEN TO THE FINALISTS READ, LAST NIGHT AT KGB 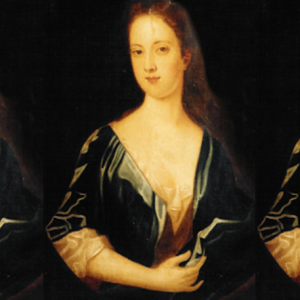 Claudia Rankine’s AWP keynote speech addressing “what keeps us uncomfortable in each other’s presence.” | Vulture Experimental...
© LitHub
Back to top