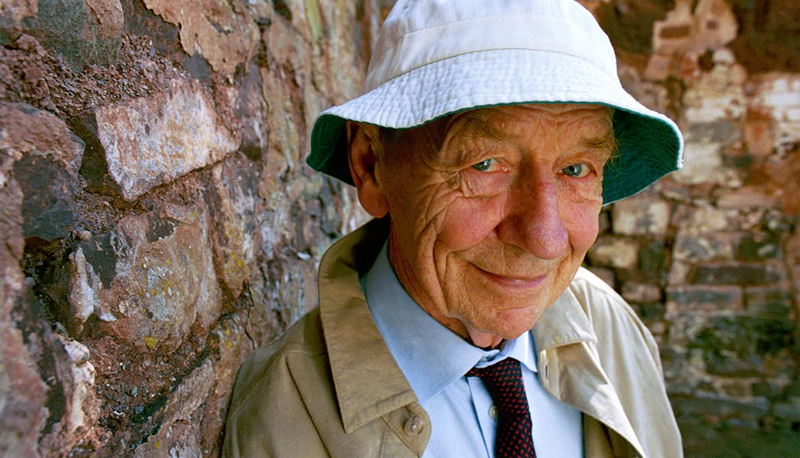 Last winter, as I was concluding work on my first book—making final revisions to a collection of stories with which I’d been living, in certain cases, for years—I fell into rather a profound depression. It might have been grief for the book, I suppose. A kind of postpartum response. Or it might have been a symptom of the anxiety that must always attend the prospect of publication. I don’t really know. I walked through those weeks in a fog.

Of course, I’d been thinking about the stories, themselves. The effects I had hoped they’d achieve, the way some art can be felt in the body.

One morning I stood beneath the stream of the shower, unmoving, looking out at the day (stark white, dully there in the window). Steam lifted and turned in the air. It was the sort of morning when breath is a chore; I stayed until the water grew cold.

At some point there, though the ache had not passed, and though the solitude hadn’t abated, I became aware of something else alongside them: a growing sense—not unwelcome—of privacy. The kind we experience rarely. The body, its burdens: our own. The mind, too, its fractures and fears. A stillness. And at the center something pure, elemental, felt the way a moth might be felt in cupped hands. Or like a harp string: quivering, plucked.

I thought about William Trevor.

I first encountered Trevor’s work as a student, on the recommendation of my most beloved teacher. Together one spring and then all the next year we read him, beginning with After Rain, The Hill Bachelors; later, Fools of Fortune, Reading Turgenev. For me, it was like a throwing open of doors, and while this was true from the opening lines—“Violet married the piano tuner when he was a young man; Belle married him when he was old”—it was a more obscure story, near the end of that book, that would forever unfasten the hinges.

In “The Potato Dealer,” a young woman, Ellie, is forced into marriage with a much older man in order to avoid disgrace in the wake of her affair with a summer curate. In exchange for marrying the pregnant girl, the suitor—a potato dealer named Mulreavy—is granted a share in her uncle’s farm and a legacy; the men seal the exchange with a handshake, Trevor writes, “as they did when potatoes were bought and sold.” Ellie gives birth, Mulreavy proves gentle in fatherhood—“kind,” we are told, “in practical ways”—but their marriage is necessarily loveless and celibate. When her daughter is ten years old, Ellie claims a measure of control over her own life in the only way she can think to: by disclosing the truth of the girl’s ancestry. Mulreavy, devoted as he is to the child, is deeply wounded by the revelation:

Mulreavy suffered . . . He went about his work in the fields, spreading muck and fertilizer, folding away cheques . . . The sour atmosphere in the farmhouse affected him, and he wondered if people knew, on top of everything else, that he occupied a bedroom on his own and always had, that he had never so much as embraced his wayward young bride. Grown heavier over the years, he became even heavier after her divulgence, eating more in his despondency.

Even now, I am struck by these lines: the suddenness with which this austere figure blooms (like a paper flower in water); the startling, almost instantaneous way the story’s sphere of compassion expands to accommodate him. For to this point, Mulreavy has been largely excluded from that sphere. What access we have been granted to him has revealed little beyond his mercenary pragmatism—he weighs the proposal as a business transaction, makes unremarkable plans for the use of his inheritance. That meanness remains even after the heartbreak, but his grief begins to give it a new cast: there is tragedy in the circumscription of his life, in the slightness of what he possessed and has lost.

The writing here represents not only a deepening of Mulreavy’s character, but also a closer treatment of his point of view. This is important, because it suggests the information we’ve gleaned—and thus our burgeoning, epiphanic compassion—remain unavailable to the other characters. We are alone with him in his suffering, near enough to observe his embodiment of it: in the way he feeds himself, in his work. One can feel there the awful weight of the heart, the food without any taste in the mouth. Only later are we joined in this recognition, on the story’s final page, after one year has passed, when Mulreavy manages at last to ask Ellie about the curate for whom she still harbors a love. She thinks at first to wound him further with details of the affair, but refrains, aware “that it had required an effort to step down from his tractor and cross to where she was, to stand unloved in front of her.”

“I had to tell her,” she says of her daughter, unprompted. An overture. He says only, “Yes.”

Watching him, then, return to his work, she too observes his manifest pain:

His movements were always slow, his gait suggesting an economy of energy, his arms loose at his sides. She mended his clothes, she kept them clean. She assisted him in the fields, she made his bed. In all the time she’d known him she had never wondered about him.

When I thought about the story that morning last winter, it was this I remembered: the privacy of it.

Later, I pulled down my volumes of Trevor, returning to some old, favored stories: “A Friend in the Trade,” “Graillis’ Legacy,” “In Love with Ariadne,” “The Ballroom of Romance.” At some point I came to one I recalled only vaguely, “Access to the Children.” It is an early Trevor story, shot through with the bright beams of humor and wit that characterize much of his work from that time. In it, a divorced, alcoholic man, Malcolmson, spends a single day leading his daughters through London per the terms of his divorce settlement. He is permitted to see them only one day a week. In the course of the story, Malcolmson becomes drunk, unable even in his daughters’ presence to resist the temptation. He deludes himself into believing that he might win back his wife, and the story’s climactic scene involves his doomed, tragicomic efforts to do so. He unravels in the living room of his old house, humiliated, his drunkenness exposed and condemned. In the story’s last scene he sits alone in a bar, trying and failing to reconstruct his illusions, as it dawns slowly upon the reader that his shameful performance—indeed the whole, long farce of a day—represents not an anomalous new low, but a weekly occurrence, as regular as the court-ordered visits themselves.

What little I remembered from previous readings had to do with a fairly typical Trevorian reversal (one seen also in the magisterial “A Day”): the story gains its power not through a change in routine, but rather by revealing the existing routine in events that at first blush appear to be singular. Rereading, though, I was struck by something quite different, rather more like Mulreavy’s corporeal grief. Early on, Malcolmson comments wryly upon the story’s titular phrase—access to the children—and its cold legalese. But in the final scene, almost off-handedly, Trevor writes, “Every Sunday he wept, at the end of the day, after he’d had his access.”

And it was this, the return of that phrasing, that would carry me back to the world. The way the language had moved, in the course of ten pages, from the sphere of the public (where it has little meaning) to the sphere of the private (where it breaks our hearts). This is Trevor’s particular gift. All irony has been stripped away. It is a moment of almost unbearable intimacy, this man consoling himself with those words, hoarding them—his access, my access—taking stock of what little remains to his life.

We have so few private spaces anymore. The world is kept so seldom at bay. Sometimes we invite it, sometimes it encroaches upon us unbidden, but always it has the effect of estranging us from our fundamental condition. Even our writing suffers this way, producing books that engage in self-conscious performance, like slick social media avatars of themselves. They do not reveal their own secrets because they don’t know them, or perhaps fear that, if they whispered (for in what other tone of voice do we disclose our deepest truths?), they would not be heard over the incessant din. (Or perhaps, like so much of the world, they have merely come to despise weakness. “Crystalline, surely, but not the least brittle. Not fragile,” an editor said to me recently, describing the prose in a book she had loved. As if to be brittle were some sort of flaw. As if there were anything of value in this life that was not fragile.)

More than any other writer I know, Mr. Trevor concerned himself with privacy, solitude. He concerned himself with fragility, too. Often one can feel in the voice of his characters, beneath the sturdy elegance of the prose: a slight friction, a tremulousness, a straining against the limits of fluency. His access. My access. This is evidence of the courage we summon to speak. This is the cost of intimacy. For Mulreavy, standing bereft; and for Ellie; for Malcolmson, alone late at night in that bar; for Bridie, outside the Ballroom of Romance; for Clione, recalling her friend in the trade; for all the characters Mr. Trevor bequeathed us, a taut string quivers, too, at the heart. If one reads his work with great care, if one listens, one can hear the particular note each produces—plaintive and small, little more than a breath, we find ourselves because they resonate with our own. And though the chord they assemble may be mournful, a haunting, so too when we hear it does it offer us proof that we are not, and have never been, alone in this world.

D. Wystan Owen's stories have appeared in A Public Space, The Threepenny Review, and The American Scholar. He is a recent graduate of the Iowa Writers' Workshop, where he was an Arts Fellow in fiction. His first book, a collection of short stories titled Other People's Love Affairs, will be published in 2018 by Algonquin. 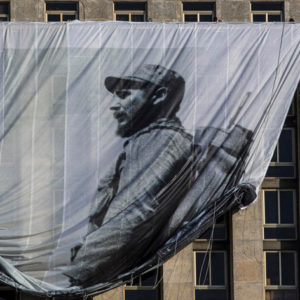 Fidel Castro has been in my mind every day since December 2, 1956, when he and 82 of his rebels disembarked on the southern...
© LitHub
Back to top