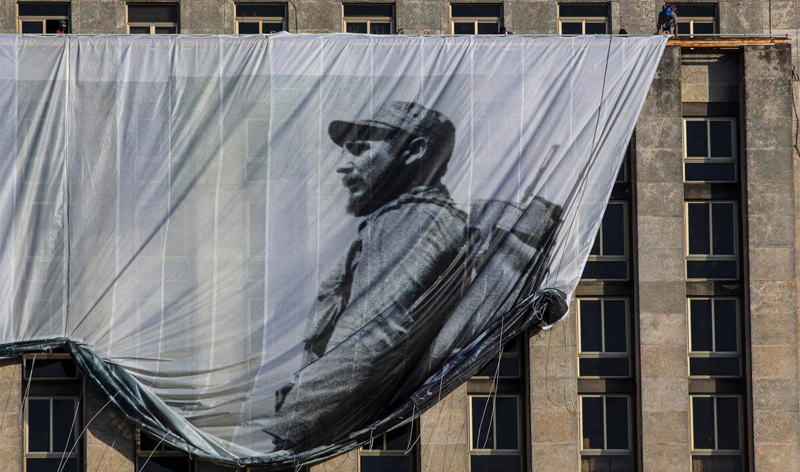 "In time, his presence in my mind will burn out as a cigar does"

Fidel Castro has been in my mind every day since December 2, 1956, when he and 82 of his rebels disembarked on the southern coast of eastern Cuba. They came in an American pleasure yacht named “Granma.” That day marked my political awakening—an early awakening by American standards, to be sure—but even as a nine-year-old, it was difficult to ignore the historical events unfolding around me. Bombs went off all over Havana; spontaneous firefights broke out at midday; bodies riddled with evidence of torture appeared on busy street corners. At the time, Fidel was just one more figure in the Cuban struggle against dictatorship. Still, he captured my imagination as a hero who had beaten the odds and gone into the Sierra Maestra Mountains to fight the villainous troops of the tyrant Batista.

Around that time, I experienced my literary awakening as well. I read about the Knights of the Round Table. I immersed myself in the stories of Arthur Conan Doyle and the novels of Jules Verne and the pirate books of Emilio Salgari. I read poetry too, or had it recited to me by family members. I was so smitten with books and reading that I almost forgot about Fidel. On the 13th of March in 1957, a few months after Fidel’s landing, a group of urban revolutionaries, mostly university students and unionists, attacked the presidential palace in Havana in an attempt to assassinate Batista. The attempt failed, and though Fidel was not present during the attack—he remained safely in the mountains at the opposite end of the island—he emerged in popular imagination as the one man who could lead the fight against the dictator. My literary heroes didn’t stand a chance against the vibrant reality of this tall, imposing, bearded one, this Cuban Quixote who had come to right wrongs, eliminate corruption, and restore democracy and due process. When the news media failed to carry reports of his exploits, my cousins and I listened secretly to “Radio Rebelde,” the official radio station of the 26th of July Movement, singing along to the rebel anthem “Adelante Cubanos.” Fidel’s name and words entered our ears like the worms of hope. It was a giddy time of imminent danger and imminent victory.

On January 1, 1959, a demoralized Batista left the island, and Fidel Castro declared himself and his revolution the victors in the fight against oppression. We rejoiced in the capital and awaited Fidel’s column to arrive from the east. When they entered Havana seven days later riding atop tanks and trucks, the rebels were still in their military fatigues, sporting the beards they had grown in the mountains, with weapons hanging from their shoulders and rosaries slung around their necks. Nothing mattered in those days except the revolution and Fidel, who was constantly being interviewed on television or shown sitting before his council of ministers or giving one of his interminable speeches, which did not deter me, not yet. His words had a cleansing, soporific effect.

Alongside the speeches and the appearances (Fidel seemed to be everywhere at once), summary trials were being aired and, following the trials, executions by firing squad of supposed Batista supporters, informers, and henchmen. I remember one in which a man’s head was blown apart by the bullets. One day, as we all sat before the television set, the evening news reported the ransacking of the offices of El Diario de la Marina, one of the daily newspapers in Havana that had criticized Fidel’s growing ambition. In a moment that would become a marker of my intellectual development, I saw a typewriter being hurled out of a second-story window. In my mind’s eye I saw the machine hit the pavement, its keys fly in all directions, and the ribbon spools roll into the gutter. With that typewriter went my hopes and dreams for the revolution, and I went from being an admirer of Fidel to being his enemy. I thought of him that way not just because of what people around me believed (my parents had already had a change of heart about the revolution), but because that typewriter hurtling towards the sidewalk was an omen of how the revolution and its leader would come to see writing and writers. “Within the Revolution everything. Outside the Revolution, no rights,” Fidel had said in his “Words to the Intellectuals.”

We would leave the island soon after. Despite the myriad distractions that New York City offered, Fidel loomed in my mind no matter where I went—to the museums, the movies, Central Park. Bored in math class, I would doodle cross-eyed men in beards smoking cigars. The man selling dirty water hot dogs down the street reminded me of him, as did the neighborhood butcher and the rabbi who lived on our floor. Then came the Bay of Pigs invasion, followed the next year by the October Missile Crisis and a long-winded speech at the U.N.; in 1965, the Freedom Flights began, and in 1967, Che was killed in Bolivia and Fidel mourned him publicly. In 1968 he was once again in the news, supporting the Soviet Union’s invasion of Czechoslovakia, and the sordid Padilla affair came a few years later. Fidel was omnipresent, in my burnt toast, in the face of my mother’s cat, on my sister’s Beatles album covers.

I tried several methods to get rid of him. For a brief time, I became an ardent Goldwater supporter but was soon horrified by his nihilistic patriotism. I joined a neighborhood baseball team. Fidel’s face appeared on a curve ball a big, blonde kid threw at me. I swung and missed and remembered the apocryphal story of him trying out to be a pitcher for the Washington Senators. I tried meditation, yoga, various diets, and eventually consulted a spiritual advisor, who told me I suffered from a malady. I knew that. Fidel was there when I had an ice cream, he was there when I lit a cigarette and, after I quit, he was there whenever I jogged around the block.

The years passed, and to my relief, Fidel receded into the back rooms of my mind, quiet as a mouse. Then, as I drove cross-country with my son to take a job in Las Vegas, Fidel got sick. I got calls on my cell phone. I was interviewed on the radio. We were in Brinkley, Arkansas, home of the ivory-billed woodpecker, which had made a furtive reappearance after years of being considered extinct. I crisscrossed the country several times in subsequent years and wound up in Boston, as culturally distant from Cuba and Fidel, I thought, as one could get.  Then he got sicker and the worldwide media showed him as a toothless old man contemplating the end of his days, wearing a track suit and receiving popes, presidents, and other dignitaries in his home while his brother Raul ruled the country.

Last year, Barack Obama restored diplomatic relations with Cuba; Fidel was nowhere to be seen during the subsequent celebrations in Havana, but his presence was nevertheless felt. He soon voiced his disagreement with Raul’s deal with the imperialists up north in a strongly-worded letter that appeared in most major news outlets. He’d been the country’s leader longer than most kings rule, and he’d become imprinted in every Cuban’s heart and soul, whether they loved or hated him.

At five in the morning on November 26, 2016, I received a call from my friend informing me that Fidel Castro had died the night before. I sat up in bed, sighed deeply, then went into the bathroom to pee before turning on the television and spending the rest of the day and night listening to news about Fidel, now irrevocably, conclusively, eternally dead. I should have been overjoyed. Instead I felt sorry for the old megalomaniac, as I feel sorry for anyone who dies. Mortality makes us miniscule.

Now, as I write this, he has been cremated and buried in a cemetery bearing the name of a virginal Catholic saint. In time, his presence in my mind will burn out as a cigar does, slowly turning into a pile of worthless ashes, leaving the faintest wisp of aromatic smoke and a warning about ruthless men and their will to power.

Cuban-born Pablo Medina is the author of sixteen books, among them the poetry collections The Island Kingdom, The Man Who Wrote on Water, and the novels Cubop City Blues and The Cigar Roller. His work has appeared in various languages and in magazines and periodicals throughout the world. Medina is professor of fiction, poetry, and translation at Emerson College in Boston.

Watch a Video about the Beauty of the Literary Barbershop 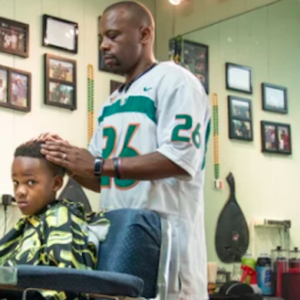 Watch a Video about the Beauty of the Literary Barbershop

Here's your periodic reminder that the world isn't all bad all the time. At the Fuller Cut barbershop in Ypsilanti, Michigan,...
© LitHub
Back to top