Cara Hoffman on the Fine Art of Disappearing Into Athens

Twenty-six years ago I quit high school, emptied my bank account of the 500 dollars I’d saved working in a bookstore, gave my things away, and left the country. I had no intention of coming back. My plan was to travel for as long as possible, finding under-the-table work so that I could keep going.

After six months of eating one meal a day, sleeping in hostels and parks, train stations, and church vestibules, hitchhiking to ruins, and standing before images I’d seen only in books, I had yet to find a job. I ended up in Venice, sleeping on the steps of the train station at night, stowing away on water taxis and wandering the streets during the day. The city was steeped in elegance and squalor, a maze of fascinating streets and alleys, narrow bridges, dead ends that dropped abruptly into glimmering black water, piazzas washed in sunlight, and long shadows stretching across the cobblestones as in a Dichirico painting. I lived there until I was nearly broke, then took my last 50 dollars and headed to Athens because a Dutch busker told me it was a good place to find illegal work.

It was. I found a job before I got off the train. A runner for a hotel near the station approached me, and I asked if I could do what he did. I could, he said. But I’d have to pay for at least one night at the hotel, four dollars—50 cents if I wanted to sleep on the roof.

The job consisted of riding trains out to small towns and suburbs of Athens and taking them back to Larissis Station so we could ride along with tourists approaching the city, hand them leaflets, and tell them the hotel was comfortable, safe, and had a view of the Acropolis. None of those things were true. I made about six dollars a day and got to stay for free on the sweltering top floor with a small group of other teenagers from England, Ireland, and South Africa. We’d all had similar ideas of expatriation, and no one wanted to go home again.

When we weren’t working, we were out in the radiant, glamorous, filthy heat of the city, slipping into the Acropolis to wander the ruins, walking sunburned and sandaled in our only change of clothes through the flea markets near Monastiraki, drinking tall, dark pints of 50-cent Amstel or Fix Hellas at outdoor tables beneath vine covered trellises. The days smelled like diesel exhaust, baking bread, and grilled meat. The nights smelled like ouzo and cigarettes and rang with bouzouki music and the hard rap of dancing heels hitting the floor. It didn’t matter that we washed our clothes in a little sink in our room and brushed our teeth with a bar of soap. It didn’t matter that we lived in the red light district, had to walk home at night in groups to avoid assault, made the occasional trip to the hospital.

We wanted to disappear. Back then, disappearing was simple. There was one telephone in the lobby of the hotel, which couldn’t make international calls. There were no cell phones. There was no internet, no social media—no way to “check in.”

To keep in touch while traveling, we exchanged addresses of the places we anticipated we’d end up and made plans to meet at specific monuments or bars or stations at specific times. If we didn’t have maps (and we never did because they were an unnecessary expense) we got lost until we knew where we were. Athens was a sprawling, radiant, dangerous city. Learning to navigate it was one of the last acts of my adolescence.

I continued to travel this way for years, working and getting lost, drinking and writing letters. Eventually I returned to the United States, a decision with which I’m still trying to come to terms. And last year, for the first time, I came back to Athens.

On the train from the airport to the city, I thought I might not be able to leave again. White light poured in through the windows of the train as I drifted through a landscape of yellow grasses, gnarled olive trees, and wasted graffiti-tagged concrete structures; a landscape that is not really Europe, not really the Middle East; a dying thriving place, a hybrid. I felt a feral zeal I’d not known since I was 18, like the land was opening up around me, as though I might bolt again to freedom, might disappear.

Athens now seemed like a dream landscape, dislocated, displaced. The sense of still knowing where to go after all that time away was unnerving. I walked through the city at dusk, up whitewashed paths into the ruins to look out over the lights and the dense terraced architecture, the hillsides rising dark and black like an ocean at night. I strolled by upscale tourist restaurants near the Roman Agora, through the crowded, brightly lit shopping district, and made my way toward Larissis station past a corridor of boarded-up shops and dark streets.

Greece was (and still is) in a state of financial collapse; people were leaving the city to return to family homes on the islands, and refugees had begun teeming to Piraeus and Lesbos. But the city itself—even the neighborhood where I had lived as a teenager—shined with the gloss of gentrification. On the streets near the Plaka, the well-heeled shopped and dined; on tours through the ruins, people snapped selfies beside the temple of Athena. Nothing gives perspective like standing in the ruins of modern Athens, where an austerity plan has been instituted, watching a German tourist photographing a temple that was built by slaves in the 5th century and is currently being rebuilt by massive cranes.

I looked for the hotel where I had once lived on Yelp. It had two stars and many warnings about bathrooms flooding, dirt, theft, and the dangerous neighborhood. The WiFi connection was apparently unreliable.

But standing on the street, the neighborhood did not seem unsafe to me, especially compared to my recollection of it. Where there had been prostitutes sitting in doorways beneath red bulbs there was now a police station. Where there had been abandoned buildings there was now a car dealership. A Holiday Inn rose square and dull two blocks away. This place that had been unchanged in my mind, the static, drunken scene of my becoming, had loped into the sanitized, mundane future. The hotel had an internet café on the bottom floor.

I slipped past the reception desk pretending to be a guest and climbed the winding staircase to the top to see the cramped and squalid room I’d shared with my friends. It was still dingy, still resonating with a sense of neglect and potential threat. 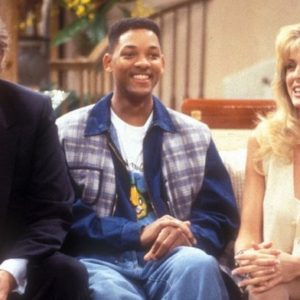 A lot of things didn’t reach the remote corner of Colorado where I grew up. Hummus, for instance, and artichokes, mailmen,...
© LitHub
Back to top