Amanda Rea on the Wide American Gap Between Rich and Poor

A lot of things didn’t reach the remote corner of Colorado where I grew up. Hummus, for instance, and artichokes, mailmen, punk rock, paved roads. This was the mid 80s, so the internet wouldn’t exist for another few years, and our single TV channel played, in my memory, a near-continuous loop of The Cosby Show, broken now and then by an old episode of I Love Lucy. Airplanes passed over us, leaving white skid marks across the sky. Any passenger looking down would’ve seen nothing, a flat beige expanse where the Rocky Mountains petered out.

And yet, even there at the edge of a ghosted mining town, where jackrabbits outnumbered humans ten-to-one, we had heard of Donald Trump. His was a household name, synonymous with wealth and arrogance and a place called New York City, which might as well have been a settlement on the moon for all it meant to us. Between Cosby reruns, Trump was on the news, wearing a suit, talking about his money. He was young then, early forties, and though his feathered ducktail hadn’t yet turned lurid yellow, he had the same petulant mouth and smug manner we know so well today. Newscasters fawned over him. They said he had the “Midas touch”—his father had given him a fortune, and he’d turned it into more fortune.

My brother and I rolled our eyes. Nobody had to tell us Trump was an asshole, though our parents probably muttered something to that effect. We were no big fans of rich people. Our family had always been poor—generations of miners, ranchers, farmers, and oil hands. Our mother was a housekeeper at Quality Inn, scrubbing toilets for people who could afford to travel. Our father worked in construction, building palatial mountain homes that would be inhabited once a year, while he went home to a heatless trailer. Twice daily, a vintage steam locomotive passed through the resort town where our parents worked, blowing its nostalgic whistle, carrying a load of waving tourists, and if we happened to be there to see it, my brother and I thrust our middle fingers in the air.

In retrospect, the tourists were probably just regular people trying to entertain their kids, bored by the glacial chugging of the train. But at the time, we had no concept of wealth—how much there was, or how concentrated it could get. Our scorn fell mostly on fellow poor people, those just a rung or two above us on the economic ladder. At school we resented the kids who wore clothes from Walmart rather than the Methodist Thrift Store, and who ate bologna sandwiches while we stood in the free-lunch line. I still experience Pavlovian awe at the sight of bologna, with its ring of red plastic around the outside edge like holiday ribbon. Our hackles rose at the very thought of city kids, raised by doctors and lawyers and such. It wasn’t their advantages we resented so much as the way they accepted them without question. We hated them because they hated us: welfare recipients. Smudge-faced kids peering from the back of a pick-up truck. Rednecks. White trash.

But like any red-blooded American, we understood our poverty to be temporary, and spent a lot of time speculating on what form our deliverance would take. The lottery was the obvious choice, but we also dreamed of finding the cure for cancer in sagebrush or prairie dog guts. We launched any number of money-making schemes—farming trout, raising waterdogs, selling Melaleuca vitamins, harvesting watercress, chokecherries, and firewood. But our ace-in-the-hole was our father’s musical talent. When his guitar wasn’t pawned, he wrote darkly poetic songs in the vein of Bob Dylan, and we were confident he’d find success, even though some of his songs had a political bent, criticizing Wall Street and craven politicians—a genre notably absent from the Top Forty.

If there was anybody we despised more than Trump, it was Ronald Reagan, under whom our family ranch had gone bankrupt, bled dry by high interest rates and rockbottom cattle prices. A third-generation rancher, our father was deeply embittered by the loss. Our parents soon divorced, and he spent a year homeless in Reno, Nevada, where he’d gone to find work, but found instead the dirty floor of a shared motel room, and finally, a mattress under a bridge. Our favorite of his songs—the one that made my brother and I hoot and pump our fists—was an irreverent ode to money itself. One verse compared dollar bills to toilet paper, while another imagined our father winning a jackpot only to pile it in the desert and set it ablaze “just to see the look on those fat boys’ faces.”

The fat boys, we understood, were gamblers, denizens of the all-night buffet. But they were also Americans in general, people who loved money above all else, dullards who confused wealth with worth. They were a type epitomized by Trump, but evident all around us, from the hotel guests who accused our mother of stealing their misplaced jewelry, to the neighbor’s wife who forbade beans at her potluck dinner, calling them “peasant food.” What a thrill it was to picture their precious money burning while we danced around the flames like satyrs. What a comfort it was to think of money as a mere abstraction whose value relied on our collective belief. What fun it was to opt out, if only for the length of a three-minute song, to proclaim ourselves above it.

And yet maybe we’d watched too many movies, or whiled away too many nights playing poker at the kitchen table, because we still wanted to beat the odds, to come off the rail in a great unexpected surge. It would be a few years before Trump came out with his supremely half-assed guidebooks (How to Get Rich, Think Like a Billionaire, Think Like a Champion, etc.) with advice like “play golf” and “ask God for a great assistant”—all of which we’d jeer. Instead, we put our faith in Napoleon Hill’s Think and Grow Rich, which was more humane than Trump’s books, even if it shared the underlying belief that poverty was a moral failing, and wealth therefore the opposite. Our father copied inspirational passages onto scraps of paper, and taped them to the walls of our trailer, where they confronted us while we brushed our teeth, and did laundry:

Money is shy and elusive. It must be wooed and won by methods not unlike those used by a determined lover, in pursuit of the girl of his choice.

Fix in your own mind the exact amount of money you desire, hold your thoughts on the amount of money by concentration, with your eyes closed, until you can actually see the physical appearance of the money. Do this at least once a day.

That wealth might make us “rich people” did not occur to us. Our warring mentalities found a way to coexist, perhaps because another person’s unfair privilege becomes, in one’s own hands, hard-earned and well-deserved—even obvious. We’d be good rich people, the world’s first. And if we felt the life and humor and charm getting sucked out of us, we could always give our money away and become poor again. Or better yet, we could hide it somewhere, just in case. But first we’d buy a house (one with a swimming pool, though none of us had ever learned to swim) and a truck that didn’t shoot fire from its tailpipe. We envisioned paying off the debts of our friends, and occasionally threw in an African safari. After that, our imaginations spooled out. It would be decades before we’d see what money could really buy, those grown-up rewards that glimmer just beyond the poor person’s reach—healthcare, good schools, the chance to do meaningful work, the ability to provide for your children, a feeling of self-worth, and actual years of additional life.

But who wants to fantasize about a dental appointment? Where is the fun in that? It doesn’t cost anything to imagine, so my brother and I stayed up late, discussing how we’d spend our millions. We dreamed of digging the world’s biggest hole, only to have it ceremoniously filled back in. We envisioned opening a handle store (absolutely no knobs, the sign would read). My brother planned to turn the surrounding countryside into a real-life Hazzard County, complete with flying orange cars and the actor who played Uncle Jesse. I argued this would be redundant. But the spirit of the idea was good. Why weren’t the rich more whimsical? Didn’t it ever occur to them to play pranks? When we were rich—and perhaps it had begun to dawn on us, however dimly, that we were constitutionally unfit for the seeking, gaining, and hoarding of money—we would erect a giant wind machine at the edge of New York City, and just when all the bankers and real estate moguls had grown accustomed to leaning into its draft, we’d turn it off. How we giggled at their dumb stumbling. How we savored the collective ooof of a thousand people falling at once, briefcases exploding open, paperwork bursting into the sky like doves. How fun it was to be us just then, in a tumbledown trailer in the middle of nowhere, with nothing but everything to lose.

Amanda Rea's stories and essays have appeared in Harper's, Best American Mystery Stories, One Story, American Short Fiction, Freeman’s, The Missouri Review, The Kenyon Review, The Sun, Electric Literature's Recommended Reading, and elsewhere. She is recipient of a Rona Jaffe Foundation Writers Award in Fiction, a Pushcart Prize, and the William Peden Prize. 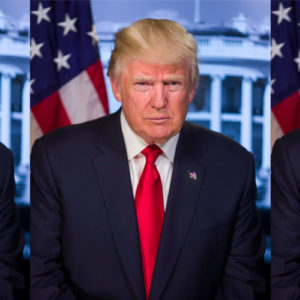 Aleksandar Hemon on Donald Trump and Violence "It’s a lot of fucking work, but in a decent society, most strive to be decent." Roxana...
© LitHub
Back to top