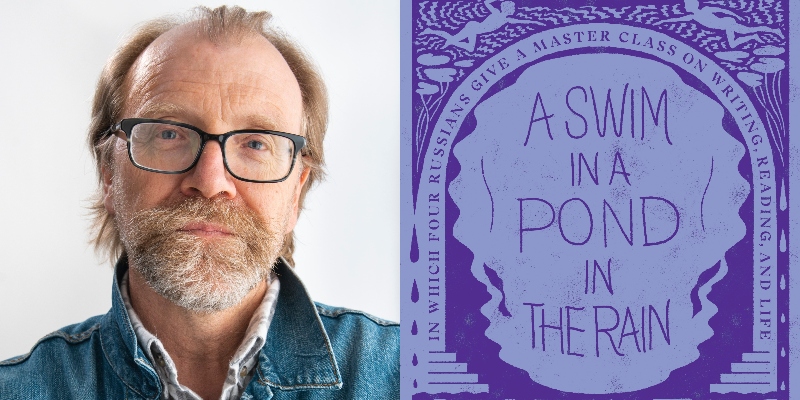 Julia, Rider, and Tod chat with George Saunders about his new book, A Swim in a Pond in the Rain, the fun of teaching a story that doesn’t work, and embracing the “shithill” that is one’s talent.

Julia Pistell: Just for our listeners, and to embarrass you a little, I’d just love to read this section, because I think it’s going to be everywhere when this book comes out, and this is the part people will be copying and pasting into their Facebook pages:

So this moment of supposed to triumph—I’d finally found my voice—was also sad. It was as if I’d sent the hunting dog that was my talent out across the meadow to fetch a magnificent pheasant, and it had brought back, let’s say, the lower half of a Barbie doll. To put it another way, having gone about as high up Hemingway Mountain as I could go, having realized that even at my best, I could only ever hope to be an acolyte up there, resolving never again to commit the sin of being imitative, I stumbled back down into the valley and came upon a little shithill labeled Saunders Mountain. Hmm, I thought, it’s so little, and it’s a shithill. Then again, that was my name on it.

Tod Goldberg: It’s so many years of therapy.

George Saunders: Yeah, yeah. And it’s 100 percent true. But I mean, the thing is, I think there’s an analog to your personality. When I was younger, I had it in mind that I looked a certain way and I presented a certain way and I was very glamorous and kind of James Bond on the south side of Chicago or something like that. And then you see a photo, or eventually you have to say, I can’t progress if I don’t accept this is what it is. And then it can be weirdly celebratory because once you accept it, you find out there are all kinds of side rooms in that person, and all kinds of things to exaggerate and to bring out. So I think that is a necessary first step—unfortunately, for most of us.

Rider Strong: I’m interested in how that’s developed. Is it an ongoing discovery of your own voice? Have you had moments where you almost feel trapped by this George Saunders character voice that sort of feels like something outside of you?

George Saunders: One hundred percent, and actually the two things you said are exactly the same thing. You feel trapped and you try to wriggle out of that by saying there is no voice, it is my voice. I am large. I contain multitudes. The danger is that, for someone like me, my first book didn’t come out till I was 37 or 38, and it was a pretty slim little book. And my life changed. And so then at that point, the tendency I think is to cling to whatever you just did like crazy so you don’t get kicked out of the party again. And that’s a really fatal moment. Then you have to say, wait a minute, that was good, but I have to assume that there are additional depths to me. The day that that plays out is when you should really quit, because that’s how you become a hack, I think—when you remember what you did and try to do it again. But that’s not what you were doing the first time. It might be like acting, where you have a spontaneous take, something doesn’t work, you try to do that spontaneous thing again. That’s not quite the same as you did the first time. So it’s a beautiful ongoing challenge.

And as you get older—I’m 62—you map out the sort of terrain of your limited talent and you’re like, oh, I’m running out of shit here. And then you go, well, let me try that again, but I’ll do something different with it. And that’s why the Lincoln book was big for me, because I kind of went over a fence that I had after the first book promised to never go over again, which is, let’s say, earnestness. So that’s fun. I always say that if the brain was a sphincter, at about 50 it starts tightening up, and you start being the guy who only likes the bands that were popular when you were a kid—

Tod Goldberg: George, my fiftieth birthday is on Sunday.

What Joe Biden Can Learn from Machiavelli After the Capitol Raid 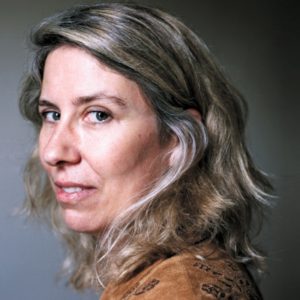 Gil Adamson is the guest. Her new book, Ridgerunner, is available from House of Anansi Press. From the episode: Brad...
© LitHub
Back to top