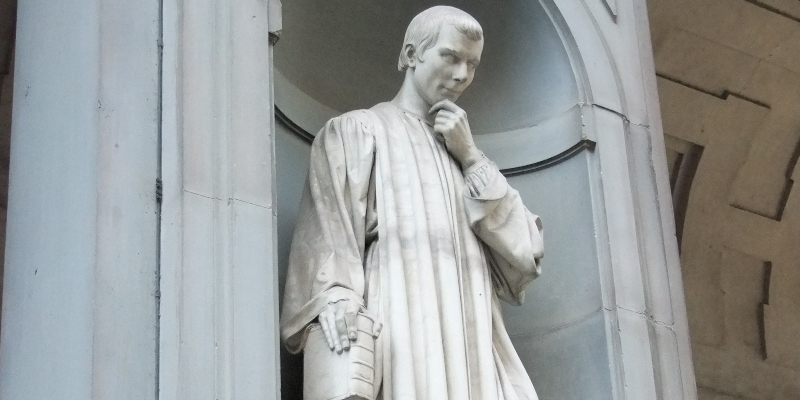 What Joe Biden Can Learn from Machiavelli After the Capitol Raid

Alexander Lee Talks to Andrew Keen on Keen On

On today’s episode, Andrew talks with Alexander Lee, author of Machiavelli: His Life and Times, about the raid at the Capitol and why Machiavelli should be read and reread right now.

Alexander Lee: What Machiavelli underlines in The Prince is that a prince who, in the Florentine context particularly, wishes to remain in power must avoid being too honest. He must avoid spending too much money and placing a burden on the public purse. Most importantly, he must know how not to arouse dissent. In other words, he must know how to carry the people with him. And he specifically emphasizes the people because although it was a temptation for the princes to rule with the help of the wealthier members of the urban elite, he stresses that in actual fact, any prince that wants to stay in office needs to have the people with him.

It’s not a blueprint for dictatorship. Although it can be read that way and although people have read it that way, it really isn’t. And indeed, in other works that Machiavelli writes, shorter works addressed to the Medici about the same time, he effectively draws up plans for how broadly Republican structures can be preserved under the Medici’s rule. And there’s evidence that they listened to it.

The Discourses is a very different work. It poses the question of how a city like Rome achieved and preserved its greatness and liberty. Underlying it is a similar concern, this sense that society is polarized in 16th-century Italy, and in 2nd-century B.C. Rome as well, between the haves and the have nots, the rich and the poor.

Andrew Keen: The red hats and the coastal elites.

Alexander Lee: Yeah, that would be another great way of putting it. Given that these two groups are mutually opposed, and given that any system of any constitutional structure that we could think of, be it a monarchy, a constitutional government, an aristocracy or whatever, the republic is likely to be destabilized by the rivalry between these groups and the corrupting effects of prosperity. How can we establish a minimum of order and peace? How can we balance these two groups? And the answer you come to is that we need to cultivate an image of virtue—that is to say, a willingness to place the common good over private interests. And we heard this, interestingly, in Joe Biden’s comments a few days ago.

Andrew Keen: What lessons could Biden learn from reading Machiavelli, if he hasn’t?

Alexander Lee: Well, in a sense, Biden has already, perhaps instinctively, gained some of the insights provided by The Discourses. Machiavelli suggests that if a republic is to avoid fracturing completely, and one faction or one social group is to emerge victorious and oppress the others, then it must necessarily have certain attributes. There must be a desire to limit disparities of wealth. And we’ve already heard Biden, to a certain extent, speaking about some of the issues connected with this, particularly with regard to racial relations in the United States. Machiavelli also points to the idea that law needs to be used as a tool of education. Rather than simply as a means of enforcing control, it should be used to train people. It should reward those who act for the common good.

Andrew Keen: Isn’t this the sort of left liberal reading of Machiavelli? You could equally say that if Biden was to read Machiavelli’s Prince, he would learn that you need to tell better lies than Donald Trump.

Alexander Lee: I’ll come to The Prince, but in The Discourses, he’s really looking at how to prevent a polity from fracturing completely and succumbing to some form of dictatorship, like in Rome’s case it ultimately comes to. Machiavelli emphasized leadership, and this is the point I really wanted to get to. He stresses that a leader who is going to prevent a state losing its liberty, and a state that’s going to regain, if you like, its greatness—hints of Donald Trump here—that leader must be uncompromising, firm, able to anticipate threats to the republic and willing to act vigorously whenever they emerge. Machiavelli had seen too many leaders who had failed to do this. His old boss had cataclysmically failed to do it. And in an echo of recent events in the Capitol, Machiavelli had seen the center of government in Florence invaded by military partisans in 1512, not so unlike what we’re seeing on the screen now.

Alexander Lee is a research fellow at the University of Warwick. He is the author of four acclaimed books, most recently Humanism and Empire: The Imperial Ideal in Fourteenth-Century Italy. He writes a regular column for History Today, and has contributed articles on a wide variety of historical and cultural subjects to the Sunday Telegraph, the Wall Street Journal, the Guardian, the New Statesman, the Times Literary Supplement, and Dissent, and has frequently appeared on BBC television and radio, ITV, Central Television and Sky News. He lives in France. 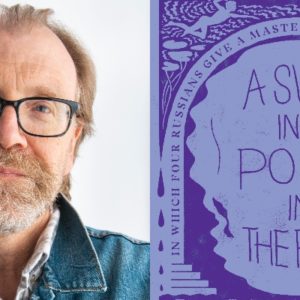 Julia, Rider, and Tod chat with George Saunders about his new book, A Swim in a Pond in the Rain, the fun of teaching a story...
© LitHub
Back to top