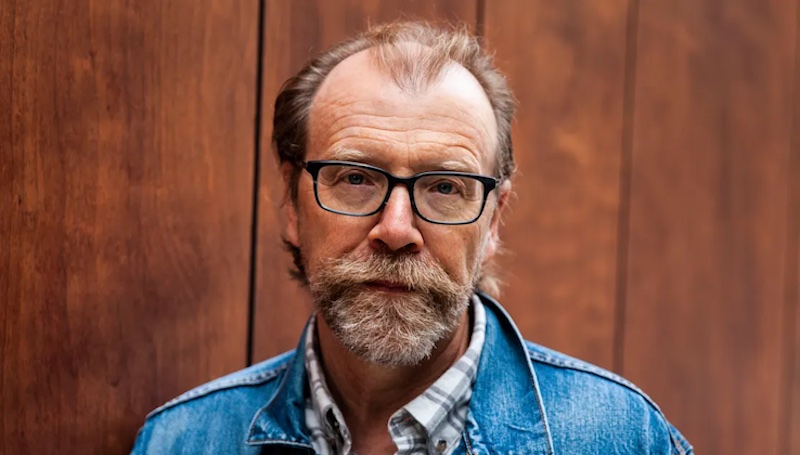 George Saunders is testing how big a writing class can get.

In January, George Saunders’s craft book, A Swim in a Pond in the Rain, translated a class Saunders teaches in Syracuse University’s Creative Writing MFA program to the page; it aimed to demystify the mechanics of great writings to a wider audience. Now, Saunders is attempting a similar feat with his new project: a Substack newsletter, which launches today. In Story Club, Saunders will publish craft lectures, writing exercises and prompts, and Q&As with subscribers about craft and the writing life, as well as Saunders’s own personal writing.

According to Saunders, whom I spoke to over the phone this week, he had no idea what Substack was when the company first reached out to him last year; he was finishing a book of stories and was in the middle of promoting A Swim in a Pond in the Rain, so he didn’t commit to a deal. But when A Swim in a Pond in the Rain was published, he was particularly productive in his own fiction writing—writing four stories in a year, rare for him—and readers sent him “more generous and more participatory letters than I was used to,” said Saunders. “You usually get letters like, ‘I hate your book,’ or, ‘I loved it.’ But these were more like, ‘I want to play.’ ‘Here’s what I think about Tolstoy, here’s what I think you’ve missed, here’s what really moved me about Chekhov.’ It was just a line-up of the stars to be able to keep doing this work that, selfishly, was really beneficial to me, but also that people seem to have enjoyed.”

Saunders sees the instruction he’ll be doing through Story Club as a natural overflow of his teaching life at Syracuse. “It’s exciting to think about how we can make a really big class, a class that’s still responsible and still stumbles into some kind of new energy,” he said. He plans on closely monitoring the comments section and replying; he’ll also give readers prompts and exercises he’s used in his creative writing classes, and subscribers will have access to a document where they can post the results of their experiments and read through each others’ work. For Saunders, interaction is a priority. “When I was a young teacher, I thought it was about showing how smart you were,” he told me, “but as I got older it became clear: no, your job is to benefit them in any way you can. So I’m trying to figure out how to be a good listener in this context.”

Saunders isn’t the first big-name fiction writer to be courted by Substack: Salman Rushdie and Chuck Palahniuk are serializing novels and writing essays on the platform, and Palahniuk is also dispensing craft advice. In September, Substack declined to comment on how much Substack is spending on fiction writers or even reveal the scope of their future plans for fiction writer partnerships, but one might assume that if they’re willing to spend big money to bring in big writers, we’re going to see more novelists moving to Substack, both to teach classes and publish work that otherwise may have been saved for print.

Saunders is both an intuitive and surprising choice for Substack. He’s a long-time teacher, and his stories catalog the hilarious, awful crash of personal devotion and love against capitalist restrictions—topically similar to many a timely Substack newsletter—but he’s notably not on social media, believing it’s “100% toxic for people to be firing off the top of their brains” and that revision pushes thinkers toward empathy and compassion. Substack, though its comment section is deemphasized, favors shorter takes without the revision of an editor, and has courted controversy from some by refusing to moderate certain offensive posts and platforming contentious popular Substack writers like Andrew Sullivan and Graham Linehan; its moderation policy resembles that of a social media platform, not a media company or curator. But Saunders isn’t concerned about the quality of his independent work or encountering reactionary discourse. He’s planned out enough lead time to enforce his own standards of revision, and Saunders envisions Substack discussions, with its self-selected group of readers, will capture the liveliness of social media without the hostility. The subscribers, he said, “are there because they bought in, and because they like the work, and so that makes a really safe, comfortable, fun vibe. When I was briefly on Facebook I really didn’t like the feeling of people being able to weigh in without an investment; I really like that part of Substack, where you can make a community.”

Saunders also voiced appreciation for Substack’s direct-to-writer payment model, especially when free content is abundant and expected of artists; he’s seen his students graduate “into a culture that expects us to work fifteen hours per day just to make a living—where does all the art time come from?” Short stories notoriously don’t make very much money through publication, but in Saunders’ mind, the form’s lack of institutional clout is also where it derives a kind of dark-horse power: “There’s no money and there’s no committee. It’s just you and your crazy imagination. So I think you can get into certain areas of truth that more commodified forms don’t allow you to. You don’t need anything to write a story except a pencil. And so it doesn’t have any allegiances to the way the culture is understanding itself. It’s a very freeing form when you think of it that way.”

Though the main spine of Story Club is its craft lessons, Saunders plans on releasing his own writing in some form through the platform; humor pieces, music, maybe fiction if the New Yorker turns it down. Saunders is also kicking around a book about politics, and plans on publishing political essays and seeing how they land with readers, user-testing the book in real-time.

Saunders is up-front about the fact that he doesn’t have all the answers yet; Story Club’s model will morph based on its first few months, based on how readers respond. It’ll be a give and take, he says, more about listening and reacting than enforcing a structure. He wants to carry over the central ethos he’s had teaching at Syracuse, a core of genuine concern for writers and genuine desire to help them achieve their personal vision, to his Substack. “When a young writer comes to Syracuse, they’re like a person running through the frozen woods with a pair of ice skates on,” said Saunders. “Then what we want to be is the frozen pond they hit. So they’re still using their own energy, their own inclinations, but they’re going faster on the pond. That’s what a teacher does. It’s not so much infusing somebody with your beliefs. It’s saying, Okay, you want to be a writer, alright. Let me try to get you where you want to be faster. And the beautiful thing about being a teacher is having the humility to say, I don’t know what that is for that person. And I don’t really know how to do it. But I’m going to try.”