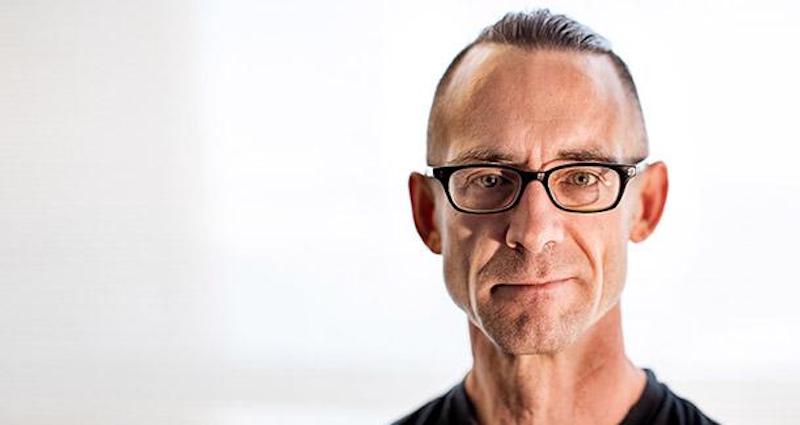 “The glossies really aren’t buying very edgy, challenging short fiction these days,” Chuck Palahniuk says. “That type of fiction doesn’t really have a market anymore.” Though he’s not taking the helm of a legacy publication, the Fight Club author hopes to make a little more space for his favored style with his new project: a Substack newsletter, which launches today. In Plot Spoiler, Palahniuk will publish craft lectures, short fiction, and installments of Greener Pastures, a serialized novel about a shadowy website where smart children auction themselves to rich moguls in need of successors.

Palahniuk initially sold Greener Pastures to Hachette, which had previously published his novel The Invention of Sound and his craft memoir Consider This, but pulled it after Substack made him an offer. (Substack representatives declined to comment on the size of the advance.) Hachette will publish Palahniuk’s next print novel, and may publish Greener Pastures after it’s been released in serialized form—like a graphic novel composed of single issues of a comic.

According to Palahniuk, whom I spoke to over the phone last week, he took the offer even after the Hachette deal because of the freedom Substack affords him—both in publishing different forms of writing and in lack of editorial oversight. After Consider This was published, people were “stopping me on the street with copies and saying how much they loved the information and anecdotes,” Palahniuk said. “So Substack seemed like a way to continue writing the kind of lectures I give to my class every week.” Substack’s direct-to-reader model was also an appealing way for him to escape irritating editorial conversations. “With some magazines, you have to make so many people happy, it’s almost like taking notes in a big Hollywood pitch, where you’re taking notes from the talent, you’re taking notes from all the producers, and you’re taking notes from everyone in the network, and ultimately you lose all the joy in producing the thing, because you’ve had to conform to so many people’s demands,” he said. “I really wanted to get back to just doing the thing the way I wanted to do it.”

Along with Greener Pastures, craft lectures, and his own short fiction, Palahniuk plans to use his Substack to showcase short stories by his own writing students. He’ll analyze student work he likes—for him, this usually means work with a tightness characteristic of Gordon Lish—and give them some income in a publishing landscape that doesn’t favor short fiction, especially not the kind he most enjoys. “So many of those magazines that people like myself and Stephen King got started with, that published short fiction and edgy fiction and outrageous fiction, they’re gone,” Palahniuk said. “In a way, I want my Substack to take on that function.”

Palahniuk seems particularly suited to the Substack platform, which has refused to moderate posts due to its support for “uncensored free speech” and has courted controversy by giving sizeable advances to journalists like Andrew Sullivan and Glenn Greenwald. Palahniuk is known for his gonzo style and boundary-pushing, faint-inducing plots, and Greener Pastures is no different: its third act features an extended scene set in a partially filled septic tank, as well as a scene on an aging male cam star’s seventieth birthday; when all his young male fans tip him with cryptocurrency, his vibrator goes haywire and triggers a fatal heart attack. In publishing his own and others’ work on Substack, Palahniuk says he is creating a space for “transgressive” fiction that he believes has grown significantly harder to write and publish after September 11, 2001. “When I started to write there was already a resistance to transgressive fiction,” Palahniuk said. “But then when September 11th happened, all the publishing companies very quietly quit offering the legal rider on contracts that said if anyone sued you over the book, the publishing company would like the rights to represent you at their expense. My idea is they felt if they didn’t offer that legal protection, writers would self-censor. Writers would quit writing anything that might lead to a lawsuit. Also, you couldn’t have someone doing transgressive acts without also having them labeled a terrorist. I think it’s a long road back from that.”

Palahniuk isn’t the first big name in fiction to move to Substack: at the beginning of the month, Salman Rushdie announced his own new Substack, featuring his own serialized novel. Substack representatives declined to comment on how much Substack is spending on fiction writers or even reveal if they have more authors waiting in the wings, but an eager trend forecaster might draw the conclusion that if Substack is spending big money to bring in big writers, this year might see a new wave of novelists favoring the creative independence and direct-to-audience model of Substack over traditional print publishing. Substack certainly has the money to incentivize the move; the company is currently valued at $650 million.

But Palahniuk thinks Substack isn’t so much a new frontier of publishing as it is an old idea in new packaging. He sees Substack—at least, his Substack—as a new iteration of older magazines like Scribner’s and the Saturday Evening Post, magazines that carried Charles Dickens’s serialized fiction and F. Scott Fitzgerald’s short stories. Palahniuk’s Substack will also fund more traditional writing pursuits: much of Palahniuk’s advance will go toward his writing co-working program Study Hall, which he currently runs in Portland. Study Hall is a leased neutral space where writers can show up and work quietly in proximity to others, with no entry fee. Study Hall has downsized from a 60-person space to a 12-person space, and is about to lose its current lease, but Palahniuk hopes that with the Substack money, Study Hall could expand to more days a week, more hours, and ultimately to more cities.

With Substack and Study Hall, Palahniuk wants to aid people who feel ready to write—who have been consuming narrative media all their life and want to try creating it themselves—but who may not have the tools to start. “Study Hall is a support system,” said Palahniuk. “It’s the place where you can go with no distractions where people validate the doing of the thing. And [through the Substack] I want to provide the really practical advice and prompts that people would get in a really decent MFA program for a lot cheaper. People reach this saturation point where they’ve seen so much narrative that the next step is to create narrative—and to want to create the kind of narrative that they’re not being served.”