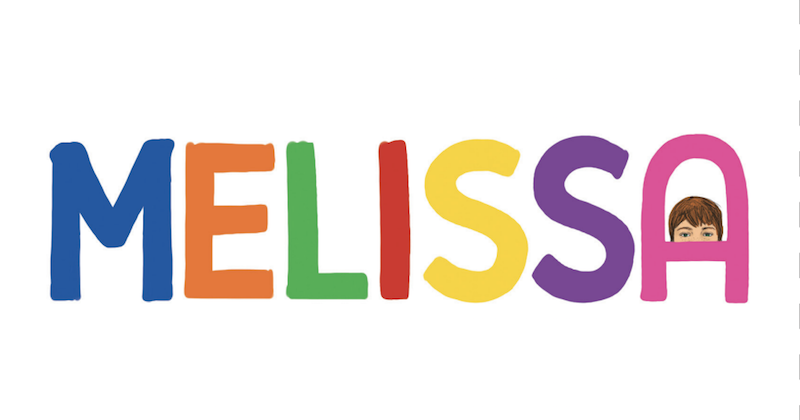 One of the decade’s most censored books has been renamed to support its trans heroine.

Alex Gino’s children’s novel George, about a transgender girl who wants to play Charlotte in her fourth grade production of Charlotte’s Web, has won a Stonewall Book Award, a Children’s Choice book award, and a Lambda Literary Award, and is also one of the decade’s most challenged books. Now, six years after its original publication, the novel is being renamed Melissa, in order to spotlight the name the main character has chosen for herself. The text of the novel will remain the same.

According to Gino, the book was originally called Girl George (as a joke on Boy George); when Scholastic purchased the book they advised removing the word girl from the cover because the word could prevent adults from giving that book to boys. According to Publishers Weekly, David Levithan, who acquired and edited George, removed Girl from the title because, in his words, “I know Boy George, but I didn’t think kids would get that.” Said Gino, “I didn’t really think about it much after that . . . I was too swept up and grateful to recognize my responsibility.”

But this summer, Gino finally decided to take action, informally, crossing out the original title and replacing it with Melissa’s Story at book signings and encouraging readers to do the same on their website. This more closely aligned with how Melissa, the main character, sees herself and what she’d like to be called. Said Gino on their website, “[Melissa] is not real, so I can’t hurt her feelings, but the title of my book makes it seem as though it is ever okay to use an old name for a person when they have provided you with a different name that works better for them. I want to be clear—it isn’t.”

Readers on social media started correcting their copies, and seeing this, Levithan and Scholastic agreed to make the change. Gino told Publishers Weekly that “there was no pushback in marketing. It was a question of how, not whether.” Now, readers can purchase new copies—with new title and cover art, which will be published in April—or download book jackets and title stickers for free on Scholastic’s website. “What we call people matters and we all deserve to be addressed in ways that feel good to us,” said a representative for Scholastic. “Once you see a mistake, you can always change it.”