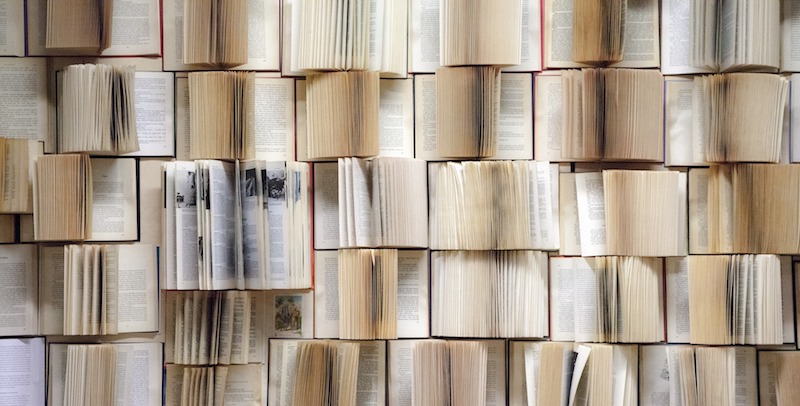 Here are the most challenged books from the last decade.

The results are in, and the list of most challenged books from the last decade is a mix of American classics, LGBTQ-themed books, and stories about female agency and empowerment. In other words, all the books that we should be reading all the time.

Kicking off Banned Books Week, the American Library Association’s Office for Intellectual Freedom released the list on Sunday based on the censorship reports it reviewed from 2010-19. Some of the titles here aren’t really a surprise (not the first rodeo for Lolita), while others seem a little more puzzling—what did Adam Mansbach ever do to us? Stories about dystopia (Feed, The Handmaid’s Tale, The Giver) continue to get resistance, almost like they have important points to make about the dystopia where we live now.

1. The Absolutely True Diary of a Part-Time Indian by Sherman Alexie

3. Thirteen Reasons Why by Jay Asher

4. Looking for Alaska by John Green

6. And Tango Makes Three by Justin Richardson and Peter Parnell

10. The Bluest Eye by Toni Morrison

11. The Kite Runner by Khaled Hosseini

13. I Am Jazz by Jazz Jennings and Jessica Herthel

14. The Perks of Being a Wallflower by Stephen Chbosky

15. To Kill a Mockingbird by Harper Lee

17. The Glass Castle by Jeannette Walls

19. A Day in the Life of Marlon Bundo by Jill Twiss

20. Sex is a Funny Word by Cory Silverberg

27. Beyond Magenta: Transgender Teens Speak Out by Susan Kuklin

28. Of Mice and Men by John Steinbeck

29. The Handmaid’s Tale by Margaret Atwood

30. The Hate U Give by Angie Thomas

33. The Adventures of Huckleberry Finn by Mark Twain

34. The Things They Carried by Tim O’Brien

35. What My Mother Doesn’t Know by Sonya Sones

39. Nickel and Dimed by Barbara Ehrenreich

41. The Adventures of Super Diaper Baby by Dav Pilkey

43. This One Summer by Mariko Tamaki

44. A Bad Boy Can Be Good For A Girl by Tanya Lee Stone

47. In Our Mothers’ House by Patricia Polacco

50. The Color Purple by Alice Walker

51. The Curious Incident of the Dog in the Night-Time by Mark Haddon

53. This Book is Gay by Juno Dawson

58. My Mom’s Having A Baby by Dori Hillestad Butler

60. The Dirty Cowboy by Amy Timberlake

61. The Giver by Lois Lowry

62. Anne Frank: Diary of a Young Girl by Anne Frank

63. Bless Me, Ultima by Rudolfo Anaya

65. Dreaming In Cuban by Cristina Garcia

67. The Family Book by Todd Parr

69. Go the Fuck to Sleep by Adam Mansbach

71. House of the Spirits by Isabel Allende

77. Stuck in the Middle by Ariel Schrag

78. The Kingdom of Little Wounds by Susann Cokal

80. A Clockwork Orange by Anthony Burgess

88. I Know Why the Caged Bird Sings by Maya Angelou

89. Madeline and the Gypsies by Ludwig Bemelmans

90. My Princess Boy by Cheryl Kilodavis

91. Prince and Knight by Daniel Haack

94. So Far from the Bamboo Grove by Yoko Kawashima Watkins

95. The Color of Earth (series) by Tong-hwa Kim

96. The Librarian of Basra by Jeanette Winter

100. Year of Wonders by Geraldine Brooks