On the Origins of the Fall's Biggest Debut Novel

Garth Risk Hallberg’s debut novel—sold for $2 million in a 10-publisher bidding war—has been the most anticipated, hyped and ballyhooed book of 2015. If the literary gods are fair, it’ll wind up on many shortlists. But unless you’re a connoisseur of literary criticism, you’ve probably never heard of the author.

Hallberg grew up in the small college town of Greenville, North Carolina, where he was the “resident beatnik.” Until now, he’s had a quiet career as an award-winning book critic for The Millions and a writing professor at Sarah Lawrence College. That’s about to change with the arrival of his first novel.

City on Fire is a postmodern epic in the vein of Roberto Bolaño’s 2666. Beginning with a mysterious shooting in Central Park and culminating in the real-life New York City blackout of 1977, Hallberg weaves a complex story with an ensemble cast. The book’s seven parts are divided by and interspersed with letters, news clippings and images, similar in form to Marisha Pessl’s Night Film. City on Fire encapsulates the many cities that are somehow one New York City during its most dramatic moment in the 20th century.

We spoke with Hallberg about City on Fire, New York City and how the book was inspired by September 11th.

The scope of the book was very much a part of the initial conception. The whole idea came to me in a period of about 90 seconds in 2003, and one of the things I saw about the book was that it would have the scale and sweep of Bleak House. And that was almost scary for me, so after writing a single page of it, I shut the notebook and said, “Oh boy, I don’t have the chops to do something like that. I’ll come back to it in 10 years.” But I came back to it about four years later. It had been building in my subconscious until the world was fully formed, so when I sat down to write, it was like going through the wardrobe into Narnia.

It’s sort of like asking a fish how the water feels. You’re inside it, but not necessarily aware of what’s being said around you. If there’s one predominant feeling, it’s surprise.

I had a dream in which I saw the finished book, and I was giving it to someone. And as I was flipping through it, I could see that some pages weren’t just pure type. So I woke up and thought, either that’s a crazy dream that I’ll just forget about, or there’s something to it, and I’ll figure it out down the road. But I had written this letter, and it started to revolve around a magazine article, and I knew I had to write it, and I knew where it went.

I used to go up to New York with my friends as a teenager and just drive around, and it was completely intoxicating. New York was a place where everything that had been repressed or frowned upon or discouraged in the town I grew up in was given freedom of expression.

When I first started to read, New York was where all the books came from. Almost every book that I encountered as a kid was like a doorway to the wider world, and a world that I would return to the real world enriched by. Stuart Little, Harriet the Spy, Tales of a Fourth Grade Nothing, And to Think That I Saw It on Mulberry Street—in many of those books the world that you walk into is altered and exciting and transformed.

I think that’s a good analogy! In my experience, we actually live in a multiverse, but that’s so challenging to keep remembering. We’re constantly tempted to imagine that we live in a world that’s less complex, or that’s just about us.

I’m hesitant to pontificate on what New York might be in general. After September 11th, there was this extraordinary feeling that everyone was still grieving. And for that reason, people seemed vulnerable and more open to change, in the same way people do at a bar after a funeral, this feeling that it would be a tribute to the people we lost to change your life for the better. But that feeling didn’t last. You can’t live inside that feeling forever. In 2015, it’s hard for me to say what New York means to anyone besides me.

September 11th was seeing something I cared deeply about suddenly put in risk of not existing. I was just out of college, so it was my first initiation into life as an adult in America. Between then and 2003, there was a lot of ideological work going on in the culture, trying to say what September 11th really meant, and increasingly what people were saying was not what I knew to be true. So I think, subconsciously, I was looking for a way to talk about that period from September 2001 up until 2003, about what it meant for me.

Another writer asked me that a few months ago, and when I said I couldn’t answer, he said, “Good, if you were able to talk about it now, I’d think you were crazy.” So I’m among the healthy minority who won’t answer that question yet! 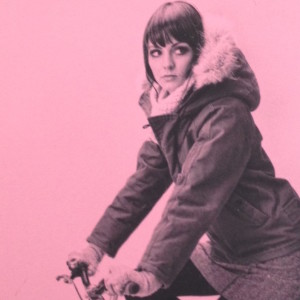 Near the end of Joe Meno’s 2006 novel The Boy Detective Fails, after a lovely climactic scene involving our hero, the following...
© LitHub
Back to top