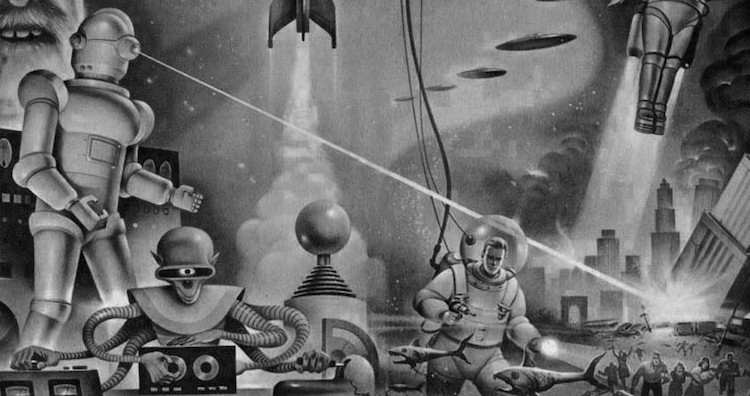 A Real Novelist Talks to a Made-Up Aspiring Novelist, on the Internet

If you’ve spent time on Twitter, you’ve probably come across @GuyInYourMFA, a satiric account run by the comedian Dana Schwartz. For those who haven’t, imagine if Stephen Colbert had skewered a young Harold Bloom rather than an old Bill O’Reilly. @GuyInYourMFA is, well, that guy. You know. The one who monologues in the post-reading Q&A without ever asking a question. Who prefaces every short story or poem with epigraphs from dour French Existentialists. Who is really into Kenneth Goldsmith.

@GuyInYourMFA regularly provides his thoughts on:

Travel: “Almost sad that I’m the only one in Dublin who understands the city’s literary significance.”

Higher education: “When a philistine criticizes MFA writing as generic or boring, assume it’s just because they didn’t get into Iowa.”

Race: “I’m describing every shopkeeper’s skin in terms of how much milk you’d need to add to your tea to make it that colour.”

Courtship: “I flirt by following a girl around a bookstore and insulting whatever book she picks up. Works every time.”

Sex: “Oh, I don’t ‘cuddle,’ after sex. Don’t mind me, I’ll just be writing a conceptual poem on the condom wrapper.”

Humility: “Of course I have what it takes to become a once-in-a-generation writer. I got into an MFA program, didn’t I?”

Maybe you know someone like him. Maybe you were @GuyInYourMFA when you were a guy in your MFA. Dana Schwartz has never herself attended an MFA program, but she’s created a blistering, sardonic, compulsively readable critique of literary chauvinism and pretension. I called her to learn more about @GuyInYourMFA, but Guy himself picked up the phone. Below is a bit of our conversation, where I channel George Plimpton. —Marra

Anthony Marra: I’d like to talk about your debut, The Paradox of the Void and the Summer Sun. Can you tell us about it?

Guy in Your MFA: It’s a seminal work. It’s the story of a young man who after graduating from a prestigious liberal arts university moves to NYC. He lives in Brooklyn among his peers but always has the faint conviction in his mind that he holds a genius that society has yet to recognize. He’s a writer but forced to work for magazine editors who only see the bottom line and are unable to understand the importance of art for art’s sake. The crux of the novel comes when he is forced to gaze upon the disintegration of his relationship with a woman he realizes will never understand him.

Marra: Where did you find the inspiration for this… bold premise?

Guy: It just comes to me. I have my Moleskin notebook on me at all times. I’ll be riding the subway or walking home from work when I see the way a bird flies, or the way a leaf falls from a tree, and I’ll think that’s a novel... or, that’s a novel. I’ll pull out my notebook and begin writing then and there.

Marra: Can you describe that moment you realized your own extraordinary talent?

Guy: I can actually remember quite clearly. I was in fourth grade, and we were asked to write about our summer vacations. I wrote mine entirely in the second person and without punctuation.

Marra: I was 17 years old when I wrote my first short story. It was two pages long and called “The Last of the Bohemians.” I immediately sent it out to The New Yorker and I’m still waiting to hear back. What has your experience been working in the short form?

Guy: Funny you should mention a man and a mode of transportation. One of my most prized short stories centers around a man (only referenced as “The Man”) and takes place entirely on his train ride to work while he contemplates his unraveling marriage. I see no reason why a 23-year-old can’t write a compelling, intimate portrait of the complexities of a middle-aged relationship.

Guy: Absolutely not. I would say quite the opposite. I think the crux of my work comes from my emotional instability, my sensitivity to the world around me, my ability to understand pain on a deeper level. I understand the complexities of human interaction far more astutely than my peers.

Marra: “How about financial security? Can that be a detriment to good writing?”

Guy: I don’t see commercial success as the highest goal. In fact, I see my rejections as badges of honor, that my work transcends the commercial values of the marketplace today. Good art is always ahead of its time and the fact that I’m getting rejected by major publishers and magazines just confirms my genius.

Marra: “What would you consider the best intellectual training for the would-be writer?”

Guy: Write constantly, but only do so with a cup of black coffee in front of you and a half burnt cigarette. Gaze upon your typewriter—view it as an extension of yourself.

Marra: Are your parents proud of you?

Guy: They might have preferred that I follow a more “traditional” career that “makes money,” but if Michelangelo’s parents had said that to him, we never would have gotten the Sistine Chapel. I assume. I’m a writer.

Marra: I have a collection of linked short stories that just came out called The Tsar of Love and Techno. Any chance I can get a blurb?

Guy: Your work has some compelling elements to it. If properly workshopped, it might show real potential.

Anthony Marra is the author of A Constellation of Vital Phenomena. Critics have already praised “some compelling elements” of his new book, The Tsar of Love and Techno.

Featured image: The fourth result from a Google image-search for The Paradox of the Void and the Summer Sun. 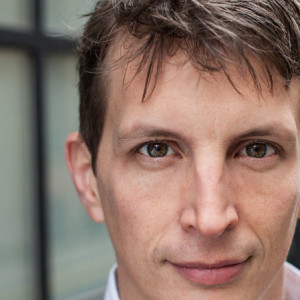 Garth Risk Hallberg’s debut novel—sold for $2 million in a 10-publisher bidding war—has been the most anticipated,...
© LitHub
Back to top