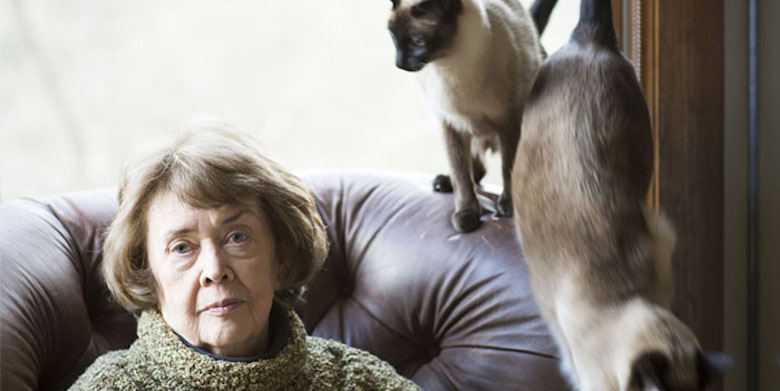 The Author of Grief Cottage in Conversation with Bethanne Patrick

Remember those old Blackglama mink ads, “What becomes a legend most?” I’d hate to see acclaimed novelist Gail Godwin draped in a mink—it’s not her style—but while speaking to her by telephone from her home in Woodstock, New York, I kept thinking about what becomes an American literary legend most. Because Godwin, who has been nominated three times for the National Book Award and written some of the late-20th-century’s most affecting prose, is at age 80 nothing if not centered and engaged. She isn’t draped in hubris or regret, even when it comes to the wines she ordered for her birthday party but “won’t take a sip of,” since she’s a recovering alcoholic. Godwin’s most recent novel, Grief Cottage, concerns an orphan named Marcus and some ghosts, but it’s really about how each of us is haunted, even when we don’t acknowledge it.

Bethanne Patrick: Grief Cottage is very Southern in tone and detail, as are most of your books—but you’ve lived in the North for a long time, now. Any challenges? Advantages?

Gail Godwin: I have a definite answer for that. Both of my main characters in this book, Marcus and Charlotte are not Southerners. When Aunt Charlotte moves to her island, she’s a loner, but she does want to fit in, she even changes her name to “Lee.” Marcus has trouble understanding his guardian ad litem, both of them are really observing the South from outside and can be clearer about it they haven’t grown up being imbued with a certain take on things.

I visited Chickamauga a while ago, went on tour with a driver, and of course it was all Southerners. As the driver spoke, I kept wanting to say no, no that’s not exactly what happened! That kind of inaccuracy, I think, is what I’ve changed my mind. When I was at Chapel Hill [NB: working on her doctorate] I realized there was more than one side to the Civil War. It was a nation split apart, but as Charlotte says in Grief Cottage, people here are still calling that The Great War of Northern Aggression. It makes me sad for them, for the South.

I am so terribly unhappy about my country and what is happening in it. The day after the election I seriously became wordless. That’s when I started drawing again. I could express directly on paper my rage and my bafflement and words—I would have had to use too many. Even one was too many. That’s the way I felt. Words have failed me. I thought: I’m gonna draw every day. I have a once-a-week blog that’s an essay, and each essay has two drawings and it keeps up with current events.

I began a novel last summer and I got about 100 pages and I love it and I still love it but I have changed so much and it’s going to go to a place where most people won’t like it. The day after the election I made a pact with myself to tell the truth. As much as possible. When I catch myself about to tell a lie I stop it. There’s George Orwell essay about words, how each of us, even the most well meaning, goes through a day telling hundreds of lies.

BP: Is Grief Cottage a coming-of-age novel, in your opinion?

GG: No, and it doesn’t matter. It’s about loneliness and longing and loss and actually it resolves itself in a kind of hope because of aspects, or instances of human kindness, even in people who haven’t been feeling particularly kind. And all I found at the bottom was love. . .that’s a wonderful thing to find at the bottom in the dirt!

BP: I know you told NPR’s Scott Simon you’ve seen a couple of ghosts. What are the uses of ghosts?

GG: The ghosts may have their own agenda, but speaking from the person who sees them, it can cause a huge change in perspective. I’ve studied ghost stories to see how writers use them, to keep from saying “my hair stood on end” and that sort of thing. In Marcus’s case it gives him an entity to care for, in a way, so that he’s really caring for himself. He says I worry that the ghost may be feeling: Who is missing me, who remembers my name? Marcus is also talking about himself, although he doesn’t realize it. A ghost can help you. It can draw attention to a situation.

BP: It must be frustrating, at times, to read summaries of your work and have people telling you about your themes. However, I did find one of your characters in Grief Cottage to be a true Gail Godwin woman, someone who has carved out her own path in life despite societal and familial disapproval.

GG: So funny and so wrong, those summaries and their supposed themes! I don’t even look at them. But I love that, what you said about Cora! I’ll just start with Charlotte because I got more engaged with her than any woman character in a long time. She is me and she’s in me and our circumstances are a bit different but I have used my work, my art to keep my demons at bay. Now, as I get closer to the end, I’m going to use it to bring them out and draw pictures of them and describe them in words.

The drinking was something I wanted to bring out. As for my own sobriety, it’s been nine years now. I had a really bad hangover. I wrote “Help me I’m going straight to hell” and the decision started then and went to now and I knew that the hard work had begun. You’re the first person I’ve told that to. May 11, 2009. I was a wine person like Aunt Charlotte. I’m having a birthday party for myself on Sunday I’ve ordered really special wines and I won’t be able to take a sip. The minute I wrote that down, about “Help me,” I thought, “Oh my god I’ve done it, I did it. Oh my God it hasn’t even begun. Just sit and be conscious. On and on. It’s still terrifying sometimes. There’s no escape! When you get alcohol out of your system, you do start thinking better. It’s not all good, but that’s the path I have chosen.

BP: Let’s talk about some of your characters and their addictions. Or obsessions. As you like.

GG: I can start with Charlotte’s: She is obsessed with painting, as well she should be because her painting will save her—and she is addicted to alcohol. Lachicotte, he’s in love with repairing beautiful old cars. The old lady, Cora, she’s obsessed because she knows she didn’t know everything she should have known about her son. These obsessions, as you rightly call them—you feel that you have to do them, you feel that something is missing in the day if you don’t do them, I’m beginning to feel that way about my drawings.

BP: Some of your earlier work has distinct Christian ties—for example, Father Melancholy’s Daughter is about the child of an Episcopal priest. Where does spirituality fit into your writing now, if it does?

GG: Let’s start with the present: As of ten years past, I have not gone to church, I definitely want a funeral in the Episcopal Church, so I’ll have to meet with whomever is there if I feel weak. On the other hand, if I lived in a place like Salisbury, England, I would go to evensong every day, and that would be a form of prayer for me.

I started going back to church intensely when I was researching Father Melancholy’s Daughter, and during that time I saw some of the negative sides of church. One of those is the social—the gossiping and the judging—and it’s just there. I don’t like it, but it’s just there.

As for how spirituality enters my life and work now: Since the day after the election I pray every morning. I lie facedown on the bed in my guestroom and my cats lie beside me and I just try to listen and shut up. I had not heard this before, but I did recently: Mother Teresa was asked, “Do you pray? She responded: “I don’t talk, I listen.” “And what does He say?” “He doesn’t talk, He listens.”

Gods and devils are coming up a lot in my drawing. Yes, I believe in evil, yes I believe in devils, yes I believe God and the Devil can be in the same room as you. I’m so very grateful that I was grounded in that Catholic school stuff with real models of women like the Blessed Virgin Mary. And at my church was a real mentor of a man, we were friends until his death; I was also friends with the main nun until her death. When I was old and she was older, we were walking up a hill and I was just in an aggressive mood and I said “How can you be so sure God loves you?” and she said “I’m still working on that.”

BP: How has the Internet changed your creative life?

GG: So I’m writing Grief Cottage and I’ve decided that it’s time for a new character, a “grease monkey” who repairs and rebuilds Bentleys and Rolls-Royces, and in the old days I would have called the librarian and probably not gotten what I wanted—today I can print out a picture and look at it. It’s made all the difference, being able to go online! Even with slang, if I’m not sure about something if it’s in or it’s out or it hasn’t arrived yet, you just type in something like “wonderful” and find out what someone would say now.

BP: What about how it affects publishing?

GG: That might be a memoir called Publishing: The Darker Side. Today, the main goal and the main fear in publishing is money. The people who are not at the top are worried about acquiring a new writer who doesn’t make any money—and the people at the top are worried if they don’t cut this and cut that they are on the line. I have a few younger friends who are in that submission process who have written something that is wonderful. Then, if it doesn’t make a splash, there’s still something they have to worry about. It was not so dire back when I started. 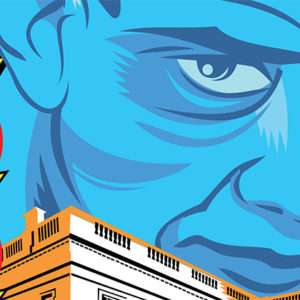 The week has showered honors and bucks on many writers. Novelists Viet Thanh Nguyen and Jesmyn Ward earn MacArthur Grants,...
© LitHub
Back to top