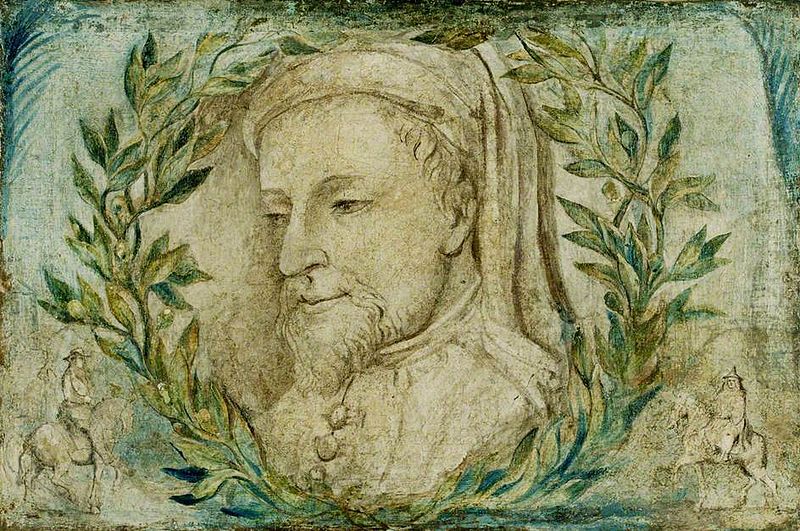 Today, and every year on April the first, we curse Geoffrey Chaucer. Why? Because he is (supposedly) personally responsible for the two worst holidays (“holidays”) known to humankind/the internet. I am referring, as you no doubt know, to Valentine’s Day and to today, April Fools’ Day.

The truth is, no one actually knows how we ended up with a day of pranks nestled right at the beginning of spring, as if to put a damper on whatever burgeoning hopes we might have had for renewal and beauty and human grace. But one theory has it that the date was selected by Geoffrey Chaucer, in The Canterbury Tales. It is in “The Nun’s Priest’s Tale” that a vain rooster named Chauntecleer is tricked by a fox on March 32, or April 1. The section in question goes like this:

Whan that the month in which the world bigan
That highte March, whan God first maked man,
Was compleet, and passed were also,
Syn March bigan, thritty dayes and two,
Bifel that Chauntecleer in al his pryde

When the month in which the world began,
Which is called March, when God first made man,
Was complete, and passed were also,
Since March began, thirty days and two,
Befell that Chauntecleer in all his pride

However, some scholars think that the mention of the thirty two days was actually a printing error, which would explain why other astrological details in the text point to it being set in May—or more specifically, on May 3, Chaucer’s “favorite date.” In fact, the very next lines are about the constellation Taurus, which wouldn’t be in the sky on April 1:

His seven wives walking him beside,
Cast up his eyen to the brighte sunne
(That in the signe of Taurus had y-runne
Twenty degrees and one, and somewhat more)

Keep in mind that Chaucer used the Julian calendar, so his zodiac would have been 12 days behind ours—but considering that the constellation had been up for 21 degrees “and somewhat more”, that still puts this astrological accounting closer to the start of May. (There’s also another theory, put forward by historian Peter Travis, that suggests Chaucer was being ambiguous on purpose, as a way of poking fun at Medieval philosophy: he was trying to create a puzzle with no solution.)

Either way, it’s unlikely that April Fools’ Day would have “evolved” from so slight a mention. Then again, you never know. If you get pranked, or iced (is that still a thing?), or (more likely) mildly confused by a company’s “clever” ad today, it might just feel good to blame Chaucer anyway. If not, you can always blame this Flemish guy, Eduard de Dene, who was the first known writer to mention April Fool’s Day in print in a 1561 poem, in which a nobleman sends his servant on impossible “fool’s errands.” Aren’t pranks fun?