Fulfilling the Promise to Visit My Late Lover’s Parents

Fenton Johnson Uncovers Memories of Survival and The Limitless Heart

It is late March—the Saturday of Passover 1991 to be exact—and I am driving an oversized rental car through west Los Angeles. This side of the city I have never seen except in the company of my lover Larry Rose, who died of AIDS in a Paris hospital some six months earlier.

He was an only child, who asked more than once that I promise to visit his parents after his death. Youngest son of a large family and a believer in brutal honesty, I’d refused. I have too much family already, I told him. There are limits to how much love I can give.

Now I am driving along one of the lovelier streets of Santa Monica, San Vicente Boulevard, west from Wilshire to the Pacific. The street is divided by a broad green median lined with coral trees, which the city has seen fit to register as landmarks. They spread airy, elegant crowns against a movie-set heaven, a Maxfield Parrish blue. Each branch bleeds at its tip an impossibly scarlet blossom, as if the limbs themselves had pierced the thin-skinned sky.

Larry’s parents, Fred and Kathy Rose, are too old to get about much. They are German Jews who spent the war years hiding in a Dutch village a few miles from Germany itself. Beaten by Nazis before the war, Fred hid for three years with broken vertebrae, unable to see a doctor. When he was no longer able to move, Kathy descended to the street to find help, to see falling from the sky the parachutes of their liberators. After the war they married and came to California, promised land of this promised land. Like Abraham and Sarah, in their advanced years they had a single son—proof that it is possible, in the face of the worst, to pick up sticks and start again.

Fred greets me at the door of their small bungalow. Even now, after dinner, he wears his customary suit and tie, but he seems smaller than in my earlier visits. In his bent and shrunken frame I understand how Larry was a shield against his memories, and now Larry is gone.

Fred, Kathy, and I sit to talk, but Fred is reserved; he does not talk about Larry with the women of his life—his wife or his surviving sister. No doubt he fears giving way before his grief, and his life has not allowed for much giving way. This much he and I share: a gay man who grew up in the rural South, I am no stranger to hiding.

Kathy always goes to bed early—partly by way of coping with grief—but this evening Fred all but asks her to retire. After she leaves, he begins talking of Larry, and I listen and respond with gratefulness. We are two men in control, who permit ourselves to speak to each other of our loss because we subscribe implicitly, jointly, unconditionally to this code of conduct.

Fred tells a familiar story, of the day when Larry, then eight years old, wanted to go fishing. The quintessential urban Jew, Fred nonetheless bought poles and hooks and drove fifty miles to Laguna Beach. There they dropped their lines from a pier to discover the hooks dangled some ten feet above the water. “Thank God,” Fred says. “Otherwise we might have caught something.” A passerby scoffed—“What the hell do you think you’re trying to catch?” Fred shrugged, unperturbed. “Flying fish,” he said.

I respond with my most vivid memory of my time with Larry. A wiser man than I, he spoke many times of his great luck, his great good fortune. “I’m so lucky,” he said again and again. Denial pure and simple, or so I told myself in our first years together. AZT, ddI, ACT UP, CMV, DHPG, and what I came to think of as the big “A” itself—he endured this acronymed life, while I listened and participated and helped when I could.

Until our third and final trip to Paris, when on our last night to walk about the city we sat in the courtyard of the Picasso Museum. There under a dusk-deep sky I turned to him and said, “I’m so lucky,” and it was as if the time allotted to him to teach me this lesson, the time allotted to me to learn it, had been consumed, and there was nothing left but the facts of things to play out.

A long pause after this story—I have ventured beyond what I permit myself, what I am permitted.

I change the subject, asking Fred to talk of the war years. He speaks not of his beating or of murdered family and friends but of moments of affection, loyalty, even humor, until he speaks of winters spent confined to bed, huddled in Kathy’s arms, their breaths freezing on the quilt as they sang together to pass time, to stay warm, to distract him from his pain, to ward off their fear.

Another silence. Now he has ventured too far. “I have tried to forget these stories,” he says in his halting English.

In the presence of these extremes of love and sorrow I am reduced to cliché. “It’s only by remembering them that we can hope to avoid repeating them,” I say.

“They are being repeated all the time,” Fred says. “It is bad sometimes to watch too much television. You see these things and you know we have learned nothing.”

Are we so dense that we can learn nothing from all this pain, all this death? Is it impossible to learn from experience? The bitterness of these questions I can taste, as I drive east to spend the night at a relative’s apartment.

Just south of the seedier section of Santa Monica Boulevard I stop at a bar recommended by a friend. I need a drink, I need the company of men like me—survivors, for the moment anyway, albeit of a very different struggle.

The bar is filled with Latino drag queens wearing extraordinary clothes. Eighty years of B movies have left Hollywood the nation’s most remarkable supply of secondhand dresses, many of which, judging from this evening, have made their way to these men’s closets.

I am standing at the bar, very Anglo, very butch, very out of place, very much thinking of leaving, when a tiny, wizened, gray-haired Latina approaches the stage, where under jerry-built lights (colored cellophane, Scotch tape) a man lip-synchs to Brazilian rock. His spike heels raise him to something more than six feet; he wears a floor-length sheath dress slit up the sides and so taut, so brilliantly silver, so lustrous that it catches and throws back the faces of his audience. The elderly Latina raises a dollar bill. On tottering heels he lowers himself, missing not a word of his song while half-crouching, half-bending so that she may tuck her dollar in his cleavage and kiss his cheek. “Su abuelita,” the bartender says. “His grandmother.”

One am in the City of Angels—the streets are clogged with cars. Stuck in traffic, I am haunted by voices and visions: by the high, thin songs of Fred and Kathy as they huddle under their frozen quilt, singing into their breaths; by a small boy and his father sitting on a very long pier, their baitless fishhooks dangling above the vast Pacific; by the face of su abuelita, uplifted and adoring, mirrored in her grandson’s dress.

Somewhere a light changes, the traffic unglues itself. As cars begin moving, I am visited by two last ghosts—Larry Rose and me, sitting in the courtyard of the Hôtel Salé, transfigured by the limitless heart. 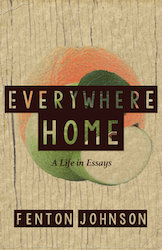 Fenton Johnson lives in San Francisco and Tucson but is often found hiking his native Kentucky. An award-winning author of fiction and nonfiction, he teaches at the University of Arizona and Spalding University, contributes to Harper’s Magazine, and has been featured on Fresh Air.

From The Satanic Verses to Scientology, Pamela Paul’s Foray in Bookselling 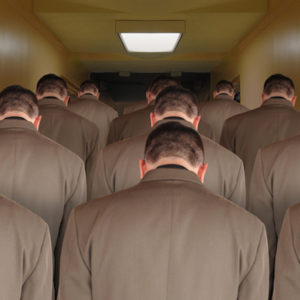 We were talking about work, naturally. The table was littered with beer bottles and the view out the plate-glass restaurant...
© LitHub
Back to top
Loading Comments...