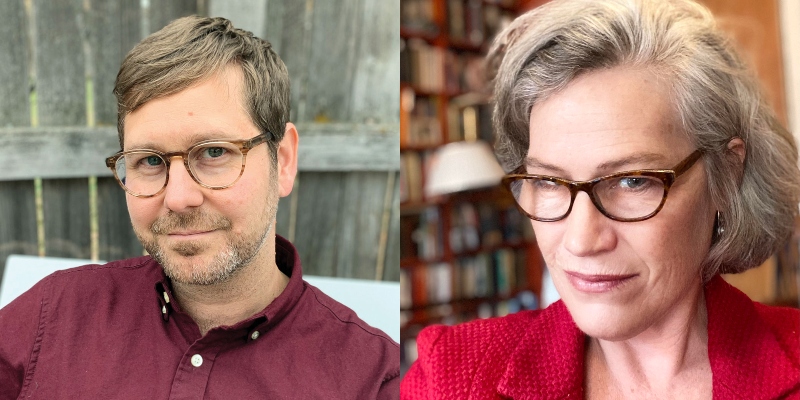 Poet Wayne Miller and novelist Elizabeth Gaffney join co-hosts Whitney Terrell and V.V. Ganeshananthan to discuss writing from the point of view of children before and during the pandemic. First, Miller discusses the unknowable interior lives of children, reads poems from his new collection We the Jury, and talks about connections to his essay “Learning to Write About Your Own Children.” Later, Gaffney reads an excerpt from her 2014 novel, When the World Was Young, and discusses how the traumas her child narrator survives during WWII compare to the challenges children have faced during COVID-19.

To hear the full episode, subscribe to the Fiction/Non/Fiction podcast through iTunes, Google Play, Stitcher, Spotify, or your favorite podcast app (include the forward slashes when searching). You can also listen by streaming from the player above. And check out video excerpts from our interviews at Lit Hub’s Virtual Book Channel and Fiction/Non/Fiction’s YouTube Channel. This podcast is produced by Anne Kniggendorf and Whitney Terrell.

We the Jury • Learning to Write About Your Own Children, Lit Hub • When Talking About Poetry Online Goes Very Wrong, Lit Hub

When the World Was Young • Metropolis • The 24-Hour Room

*
Excerpt from a conversation
with Wayne Miller:

Whitney Terrell: You wrote this essay that’s on Lit Hub about putting children into your poems. Will you talk about that and read some?

Wayne Miller: I was prompted to write something about fatherhood and poetry for Father’s Day. The essay begins with this moment where, right after my daughter was born in 2011, a friend asked me kind of joking around, if I was going to become one of those parent poets who only writes sentimental poems about his kids now. And, you know, he was a friend, he was clearly joking. I wasn’t upset by this. But it did get me thinking, because I had been worried about how I might write about my kids, because I think we have this simplifying reductive way of talking about our kids.

[Reads passage from Learning to Write About Your Own Children]

V.V. Ganeshananthan: Thanks so much, Wayne.

WT: We wanted to talk about this essay, and you have three categories of fatherhood poems that you talk about within the context of the essay. And those made me think about my own experiences as a father. I wondered if you would just sort of walk through those categories for our listeners and talk about how you came up with them?

WM: Well, this is certainly not an exhaustive list of categories. The essay was specifically about fatherhood, because it was for Father’s Day; I was thinking about what are the father poems that I like, and then beyond that, what are more generally the parenthood poems, and then I started thinking about putting them into categories. When I look back on my last two books, the books I’ve written since I had kids, I realized that I could place all of my poems about my kids in those same categories, in one way or the other. But the categories are not discrete. I mean, it’s very possible for a poem to fit into more than one of these. And in fact, most of the poems I really like

about parenthood do, but the three categories in the essay are first, triangulation poems. (These are my silly names for them.) Triangulation poems in which the parent thinks about how he and his children separately relate to the world that hangs between them. Gap poems, that’s number two, which focus on the unknowability of children, the way we have this massive gap between our interior lives and their interior lives, no matter how often we’re trying to bridge that. And then what I call mirroring poems, in which the parent thinks about his own childhood in relationship to his children’s childhoods.

VVG: So, I think the one that I was thinking of just now was the third one where I felt like every adult I knew looked around at the kids that they knew and thought, “My childhood was not like this childhood,” and there is something about this that is also unknowable. Category number two, for me. And then also, maybe I’m the translator of that exterior world, category number one. And how do I try to translate what is going on now in the news? And so the essay mentioned specifically your poem, “Parable of Childhood,” and I wonder if you would talk about what categories you might think that poem fits into, and also read it for us.

WM: I think this is first and foremost a gap poem. It’s really about parents and their kids doing things they don’t understand. [Reads poem]

WT: Thank you very much. I mean, that poem is really interesting to me for a lot of reasons, which we’re going to talk about. One of them is this idea of the dog was also right there just below the surface, packed in darkness. I mean, for me that line reads like so many things that I think are present in my children’s lives now that’s just below the surface packed in darkness, not just death, which has been associated with a pandemic, but like, the disease itself, the mysterious origins of it. Why is the president choosing to do these things? You know, when Trump was president. Why isn’t everyone getting their vaccine? What are the truths behind this? A lot of times I don’t have answers, and so that discussion for me felt very fresh. When did you write it?

WM: Before the pandemic for sure. I can’t remember exactly when I wrote this poem, maybe about three or four years ago. I wrote this when my son was too young for him to do any of these things. It’s an imagined narrative. But, but it’s the kind of thing that my daughter would do. The way that the boy in the poem keeps turning their answers back against them is the kind of thing that my daughter would do all the time when she was say, 6, 7, 8, and the weird kind of innocence of doing that. Yet it’s so exasperating to the parents, but she’s just very earnestly—or he, in the poem—he’s just very earnestly saying, “Yeah, but you said we don’t know what death is. So, I want to find out.”

*
Excerpt from a conversation
with Elizabeth Gaffney:

WT: We don’t usually do this, but given the topic that we have in hand today, which is about thinking about writing from the point of view of kids, and particularly how that’s changed during the pandemic, do you want to tell us about your family?

Elizabeth Gaffney: I will a little bit. My two daughters, Willa and Lucy, and my husband and I all live in a house in Brooklyn, which is kind of about more than just my kids and my family, because I grew up here. The house is a setting and the kids, and then my mother didn’t grow up here, she grew up elsewhere. There are shreds of stories that I grabbed from families, but I kind of situated them all here. I’m always kind of grabbing shreds of different childhoods, because I think that’s where all of our psychopathology begins, right?

VVG: Your 2014 novel When the World Was Young is told mostly from the point of view of Wally Baker, this captivating young girl in 1940s Brooklyn, and in this episode, we’re talking a lot about how the long isolation of COVID may or may not have changed the way that we think and write about children. I’m curious about how your novel’s shift backward in time might have affected the way that you thought about Wally and her hopes and desires.

EG: I’m glad you asked about time. There’s a way in which my book starts with the spoiler: the main character’s mother commits suicide on V-J Day. And so the day that is supposed to be national and global celebration, the end of the war, is a day of personal tragedy. But we all have these traumas that shape us and some people may have grander traumas, deaths. Other people may have smaller traumas, but I feel like… The other day, my 13-year-old was asking me, “Why do I not remember all the good things about when I was little? Why do I only remember all the bad stuff?” And I was like, “You know what? Welcome to literature and life.” That’s what sticks right? Happy ending, sad ending. It’s really just where you delimit it. But the punctuation marks are often the crises and the trauma. And the crucial ones to the way we think, are somehow the ones that happen in childhood. I’ve been really drawn to writing about childhood.

WT: It strikes me that there are a lot of similarities between the pandemic that we just went through and the period of time that Wally was growing up, even though we were just talking about the differences. World War II is in full swing, she’s separated from her father, her younger brother dies due to penicillin shortage during the war. Is it fair to say that, like kids today, she’s having to deal with and consider concepts of death and sex and betrayal way earlier than she would have needed to do that in some or other less chaotic time?

EG: I think that is fair to say, but I might even go further and suggest that there’s this kind of artificial period here and there in between the wars, maybe the Cold War… Maybe, I’m not even sure how many years in the 20th century, where children are allowed to be innocent, and frolicsome, and there are no traumas. The truth is, you know, World War II is preceded not so long before by World War I, and you jump back that early, and medicine is not very able to save many people. That’s the era in which my crazy Irish relatives were still having 10 children because they weren’t sure how many of them would survive.

WT: And then you go to work in a factory anyway when you’re five. Back in the 19th century, you predate child labor laws and things are quite different.

EG: Right. So that little sweet spot where the rights have been instituted, where children are supposed to be children, they’re supposed to be educated, they’re supposed to be protected from having to work and being exploited. And yet, we haven’t had all this kind of ugly stuff swoop in. But, I don’t know about you guys, but when I was a kid, it was the 1970s in New York, and I feel like my whole childhood was punctuated with, “Oh, Mrs. Howard was stabbed in the kidney. Oh, your friend Trilby’s mother was murdered?” There was a lot of disaster. I mean, I was safe and privileged on the one hand, but it wasn’t entirely without anxiety and fear. And so I don’t know when people are actually safe. I think it’s a myth that the children are sheltered. I don’t think they are. 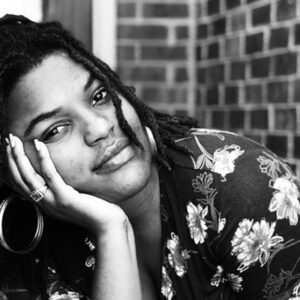 Kendra Allen is the guest. Her new poetry collection, The Collection Plate, is out now from Ecco Press. From the episode: Brad...
© LitHub
Back to top