“I’ve often said it was the genocide of Rwanda’s Tutsis in 1994 that made me a writer.” These are the words of author Scholastique Mukasonga, a Tutsi who lost 27 family members—including her mother and father—when Hutu throughout her nation murdered 800,000 of their fellow citizens, often brutally with nothing more than a machete.

Mukasonga’s novel Our Lady of the Nile and her autobiographical work Cockroaches bear witness to these events. Mukasonga applies a feather touch to this history, even when writing about the nightmares of genocide that regularly visit her at night, the deeply ingrained, racist beliefs that fed the Hutus as they rose up in murder, or the systemic, prejudicial violence that built from 1959 forward, ultimately erupting in 1994. The simplicity with which Mukasonga states the truth is the foundation of her literary power: “The first pogroms against the Tutsis broke out on All Saints’ Day, 1959. The machinery of genocide had been put into motion. It would never stop. Until the final solution, it would never stop.”

We can call Mukasonga’s books many things, but first of all they are works that bear witness. Their primary function is to bring readers face to face with events that must be understood, and that must never be forgotten. This is not social science—as Mukasonga has said, she is “not a political writer or a historian”—rather, this is literature that delves into the granular level, bringing readers as close as possible to stories that need to be heard. The author’s literary gift is turned toward conveying a vivid sense of what has happened. Comprehension of these terrible acts—and some assurance that they will never be repeated—only begins when they are seared into the reader’s memory.

This work is of great achievement and grave importance—and it is not at all easy to successfully pull off—but witness-bearing literature has often been overlooked and underestimated. To see this we need only examine the reaction to Svetlana Alexievich’s 2015 Nobel Prize in Literature, as she has made a career of this genre. Typical of the mixed praise she received, The New York Times wrote, “by placing her work alongside those of international literary giants like Gabriel García Márquez, Albert Camus, Alice Munro, and Toni Morrison, the Nobel committee has anointed a genre that is often viewed as a vehicle for information rather than an aesthetic endeavor.”

Nonetheless, the Nobel committee did recognize Alexievich; her powerful words are now widely read in the West, and her genre has received a boost. Similarly, audiences in Europe and America have learned greatly from Mukasonga, and her novel Our Lady of the Nile is even now required reading in Rwanda’s schools.

Clearly, these authors do a great deal more than provide a “vehicle for information.” In fact, I would go much farther than that: I side with South African Nobel laureate Nadine Gordimer, who calls such work one of the writer’s highest callings. This genre of literature has touched me and influenced how I think more than virtually any other kind of literature I read. And I believe that right now this sort of writing is immensely necessary.

Why now? Well, to start, we can observe that some subjects seem to want this treatment more than others. The master works of witness-bearing literature often come out of the great social tragedies, the mass events that define a society and that reveal the breakdown of politics, the failures of power. Here I would point to Massacre in Mexico by the great Mexican author and journalist Elena Poniatowska: this book is nothing more than a collage of voices collectively narrating the events leading up to Mexico City’s 1968 Tlatelolco massacre—hundreds of innocent Mexican citizens were murdered by their own government. Poniatowska’s witnesses range from ordinary Mexicans to then-President Gustavo Díaz Ordaz, and their words collectively form a grand tale of how order disintegrates, enabling horrendous abuses and ending in terrible calamity. The sorcery here is that Poniatowska just listens to people speak—all you will find in this book are quotations from innumerable interviews, news stories, graffiti, and political signs—yet in her method these words become so much more. This is the trick of great witness-bearing literature: it really is made up of the facts—one of its crucial functions is to tell us this has happened—but it tells us things that mere facts are usually ill-equipped to say.

Perhaps when the Nobel committee chose Alexievich in 2015, they sensed that we had entered an era where such literature is now crucial. We are at a point of intense instability, possibly even upheaval: in Latin America, Venezuela has slid toward one-man dictatorial rule, and Brazil has thrown out a democratically elected government, instigating a period of enormous political uncertainty. In Europe, Britain has triggered Article 50, which now gives it two years to negotiate how to leave the European Union, and tension reigns throughout many other member nations. In our own country we are now edging perilously close to war with Syria and maybe even Russia; we are also in the midst of immense protests, massive xenophobia, profound dislocations of immigrants, and uncharted territory as regards Presidential politics. This is a time when the citizens of the world need literary writers to bear witness to the raw history occurring right before our eyes.

One small example: When Donald Trump’s first Muslim Ban was announced on January 27 terrible things began to occur: innocent mothers and children where hauled off flights and into indefinite detention; people with families in the United States were not allowed to come back home; many individuals were even forced into situations that posed grave dangers to their life. As I read of these abuses, one of the first things I began to want was for writers to tell these stories. I felt that it was essential to begin showing the lives that were being destroyed—not only to bring the nation face to face with the consequences of its decision to elect President Trump but also for posterity: so that these lives might become part of the tale history tells of these years.

And indeed, almost instantly reporters began to share 1,000-word articles on people whose lives had been destroyed—or at the least deeply scarred—by the ill-wrought, ultimately illegal ban. These stories are excellent and powerful—they have done immense good in sharing truths that must be seen by all people of this great nation—but they alone are not enough. We must also have a witness-bearing literature of this period that goes beyond the journalistic facts to give a literary understanding of the massive forces that have brought us to this point, and that now determine our politics. We must have our own Alexieviches, Mukasongas, Poniatowskas, and Gordimers to document the lives of this nation and the upheaval that we are going through.

I believe this is a literary task. At the dawn of the modern age, James Joyce wrote that we strive to wake from the nightmare of history, which I take to mean that our societies strive to escape from a world that exists on a tribal, imagistic, mythic sort of order—to leave that world and enter into one that is grounded in peace, justice, and rationality. I do not believe we have yet so escaped, and so long as we continue in this nightmare of history, we will only be able to fully comprehend what is happening with the blessings of art. Writers must help document and explain the endemic forces that have gained momentum and are now drawing us along on their path. They must be witnesses to these deeds for our own sake, so that we can have some meaning and common understanding in this era of confusion, and also so that the future generations will learn from the mistakes we have committed.

She Refused to Give Up: Vivian Gornick on Grace Paley's Activism 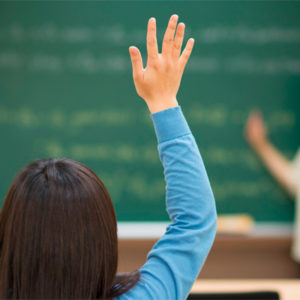 This essay corresponds with the announcement of the $20,000 Grace Paley Teaching Fellowship, offered for the Fall 2017, to honor...
© LitHub
Back to top