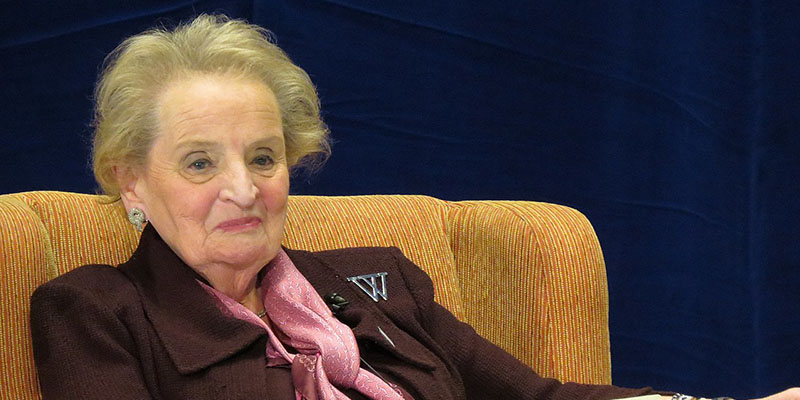 With Madeleine Albright’s passing, we thought it might be useful and interesting to revisit our conversation with the American diplomat and political scientist from January of 2019, when her latest book, Fascism: A Warning, came out. This conversation, given what’s going on in the world today with Ukraine and the role of NATO, provides insights into the foreign policies over the last fifty years that might have contributed or mitigated the aggression we’re now seeing by Russia. So while the conversation is from three years ago, Madeleine Albright had a lot to share that is extremely pertinent to what we’re seeing today.

Roxanne Coady: You continue to travel all over the world and consult on all of these issues. How are our allies or other countries viewing what’s going on and how much damage that’s being done is reversible within a reasonable period of time?

Madeleine Albright: It’s not appropriate. I have known, for a former diplomat to criticize one’s country when abroad. So I’ve tried to be reasonable. On the other hand … there needs to be some credibility. And so what we’ve done is really confuse our allies and gift to our adversaries. I was just at a meeting in Marrakesh, and there had been a conference on migration there. The head of it, Louise Arbor, a Canadian, had asked me to speak. And when I get there, I see that the American chair is empty. The Russians and Chinese were there. We are AWOL. I believe in America’s participation in national and international policy, and we’re not at the table.

I think that what is going to happen, and I’ve said we can put up with another two years of this, but not four more. Because what will happen is there will be structures that are created where we’re left out. There’s always foreign policy and national security policy, and it is being filled by the Chinese and Russians. And I think we will pay dearly and our national interest will not be respected if we are AWOL all the time.

Roxanne Coady: So we have swept through a lot of history in the book… You do talk about our way forward and you describe yourself as an optimist that worries. So let’s discuss the question you put to your graduate students at Georgetown. Can fascism take hold in the United States?

I think, and this seems like a paradoxical point, but democracy is both resilient and fragile … One of the things my father said was that he was afraid that Americans took democracy for granted. And I think we can’t do that and recognize the fact that we need to participate. One of the things I talk about in the book is that populism gets a bad reputation. I actually think it’s not. You need people to have a democracy. And I think we need to understand that the people are the ones that we have to work with to make sure that we ask the questions that we choose the leaders, that we don’t take any votes for granted. But I hate to think that we in any way can become a country that where we succumb to fascism because we need to kick back.

Madeleine Albright served as America’s sixty-fourth secretary of state from 1997 to 2001. Her distinguished career also includes positions at the White House, on Capitol Hill, and as U.S. ambassador to the United Nations. She is a resident of Washington D.C., and Virginia. 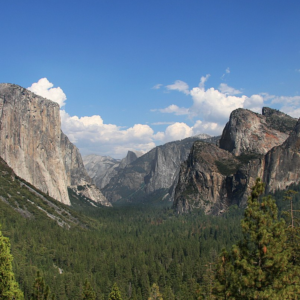 Are national parks “America’s best idea”? Who are they for? Who do they serve? Where did they come from? Most people...
© LitHub
Back to top