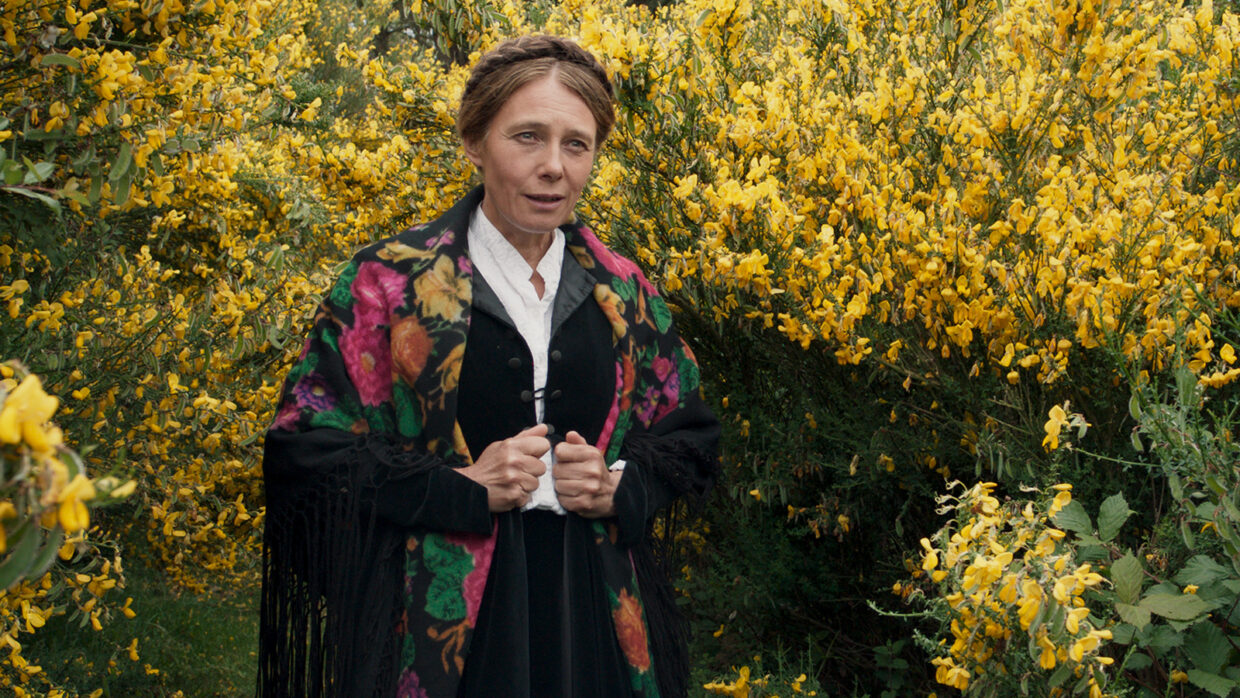 Frederick Wiseman’s new film, Un Couple, is a daring cinematic experiment: an hour-long monologue that attempts to provide a glimpse into the mind of Leo Tolstoy’s long-suffering wife, Sophia. She, played by the French actress Nathalie Boutefeu, roams an unnamed, rugged landscape wrapped in a shawl, addressing the absent Leo and informing him what their relationship has meant to her. Her feelings about him are kaleidoscopic, but the film hones a thesis from the shards of heartache and attachment, presenting Sophia’s realization that, in becoming an accessory to a celebrated literary giant, she has lost her own future. She was 18 when they married. He was 34.

Spoken entirely in French from a script combined from letters and diary entries that the real Sophia wrote, the film’s gambit initially seems like it might have originated (or been more at home) on the stage—spotlighting a single character and bringing her to an out-of-time netherworld-setting so that she might narrate a condensed version of her own legacy.

Wiseman, the esteemed director famous for his towering and in-depth long-form documentaries (such as At Berkeley, In Jackson Heights, and National Gallery), also has numerous theater directing credits to his name, including a production of William Luce’s 1976 one-woman play Emily Dickinson: The Belle of Amherst, performed in French and staged in Paris in 2019, and it seems that he could have done something similar with Sophia’s story, if he wanted to. But though he in fact conceived of this film while working on that production, it is clear that he brought Sophia’s story to film for a reason.

It is also a watershed moment in terms of addressing Sophia as a writer herself, a writer long ignored by historical record that elevated her husband.

Wiseman combines shots of Sophia’s monologue—which she speaks to herself as well as directly to the camera—with shots of the landscape of the mysterious place she is in. Un Couple was filmed on an island off the coast of Brittany called Belle-Île, and the camera watches waves crash up against cliffs and captures flowers and branches billowing in the breeze. The shots don’t necessarily line up with the ebbs and flows and bursts of Sophia’s emotional state as she speaks, so much as pepper the film with reminders of their possibilities. This is a film about a relationship. And in this film, the indifference of the natural world is forced by the camera into acting as a reminder of the perpetual motion of all the emotions between two people—that at any given moment, devotion can slosh into heartbreak and apathy can fulminate into rage. She sputters, “You go from passion to indifference, from high esteem to the opposite, claiming that you lie when you say you love me, that you’re the unhappiest being in the world.”

The film is about the movement of feelings (many different feelings, all moving simultaneously but not in tandem) within any relationship. Just as Wiseman chops up the foaming Atlantic breakers and gesticulations of swaying foliage with hundreds of cuts, he makes a melange of Sophia’s own thoughts (thoughts she had gathered over a long period of time), mismatching them with settings and shots which contradict her emotions, stressing the multitudes that their connection contains. Confessing how she feels when Tolstoy screams at her, she is surrounded by the film’s most pastoral surrounding: an overgrown lake so still and green it might be a Monet painting.

As a performer, Boutefeu is tasked with traveling through numerous emotional journeys entirely on her own, reacting to the capricious affections and opinions of her husband (including his numerous affairs), as well as her struggles over her obligations to him and their 13 children and her own writerly urges being redirected into diary entries and letters. She almost seems to split open with mystified anguish when she recounts how he calls her uneducated and ignorant, incapable of understanding his genius.

Despite its observational tone and its vérité elements, Un Couple has been discussed as an outlier in Wiseman’s cinematic oeuvre. He is 92, and it is his first narrative film project since 2002’s La Dernière Lettre, which captured the actress Catherine Samie delivering a monologue about a mother living in a Jewish ghetto somewhere in occupied Ukraine during World War II. But Un Couple is different, experiencing this imagined moment of reflection with Sophia rather than watching her narrate it. The rich imagery and lush sound is stunning on its own, let alone how it builds with Sophia’s emotional undulations.

The film will only take an hour of your time, but it packs a big impact. It is flooded with both feeling and illumination—Sophia marks the toll of Tolstoy’s literary success on the people surrounding him, peels away the mythic Great Men of History status that has long decorated him in the mainstream imagination to find something more complicated underneath. Indeed, Un Couple is a fascinating accompaniment to this year’s films about abuses wrought by powerful figures, such as She Said, or TÁR, or Women Talking—subtler, more distant in an appeal for accountability, but nonetheless an acknowledgement of the emotional labor and pain behind (or even infused into) some of the great books in the western canon.

Similarly, it is also a watershed moment in terms of addressing Sophia as a writer herself, a writer long ignored by historical record that elevated her husband. She lives here, in this strange island space, demanding to be heard. And the silence of the world around her, which Wiseman wrests from indifference into symbolism, as she speaks her mind is a tidy instruction for us to be so attentive.

Join us at Film Forum on Saturday, November 12th at 8 p.m. for a screening of Un Couple!

With an introduction by Olivia Rutigliano.
Get up to two discounted $11 tickets to the first week of screenings (regular $15) by entering promo code LITHUB at checkout. 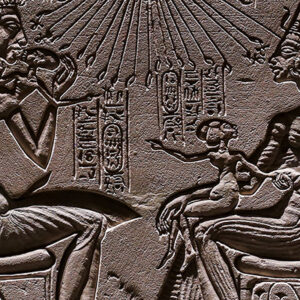