The Author of World Without Mind Talks to Andrew Keen

Hot on the heels of Jonathan Taplin’s influential Move Fast and Break Things, comes another unabashed polemic against the impact of digital technology, particularly Silicon Valley, on America. World Without Mind is Franklin Foer’s critique of what he sees as the “existential threat of Big Tech”—a threat which, amongst other things, Foer argues, is resulting in the “death of the author.” Given that Foer—the author of the engaging How Soccer Explains the World—is, with Jonathan and Joshua—one of the three bestselling writers in the Foer family, it’s no wonder that he takes the threat of Facebook, Google and Amazon so personally.

Andrew Keen: What do you mean by a “world without mind”?

AK: So what you call, in your subtitle, the “existential threat of big tech” is literal rather than metaphorical. You really believe that Silicon Valley is killing our culture, perhaps even our society. You even have a chapter entitled “Death of the Author.” But might this be a bit overdramatic. Every new technology—from the invention of writing to printed books to the novel to cinema to television—has elicited the same apocalyptic forecasts. And yet culture and creativity and the author always seem to survive. Why, then, is today different?

FF: Actually, I mean existential quite literally. Over the long history of human beings, we have had tools. These tools have been an extension of us. And they have been wonderful. They have made us more prosperous and inventive. Yet, we’re embarking on a far different merger with our machines now. These machines are intellectual. They filter the world for us. They shape the way that we view reality. Indeed, they create a virtual reality. Soon these machines will be implanted within us. What’s wrong with this? Well, we’re not just merging with machines. We’re merging with the companies that run these machines—who run these machines for profit. And here’s the existential threat… these technologies will change what it means to be human. Once we take this leap, it will be very hard to reverse course.

AK: Your narrative about this existential crisis is also quite personal. Do you think your experience at the New Republic, when one of the Facebook co-founders acquired the venerable publication and later fired you as editor, colored your reading of the threat from big tech? Did it affect the way you think about yourself—as a vulnerable human being in the midst of this great technological “leap”?

FF: Of course! This is a personal book. My argument flows from experience. It wasn’t just my bruising exit from the New Republic—and everything I learned about the pernicious impact of Facebook along the way. I had published a book with Hachette, the French publishing conglomerate. And I watched the bullying way that Amazon treated Hachette during the renegotiation of a contract governing ebook sales. I was horrified by Amazon’s tactics, how they leveraged their monopoly to squeeze publishers and authors. When these companies achieve a monopoly—when the world comes to depend on their platforms—we become their servants.

AK: Are there any historical equivalencies or analogies we can use to compare with today’s threat of big tech? For example, might we compare the situation now to what happened in the early history of the industrial revolution—with its heartless factory owners, inhuman working conditions, environmental degradation and unregulated market?

FF: There are all sorts of antecedents for today’s monopolies. But we shouldn’t comfort ourselves by drawing easy parallels—and assuming that everything will work out fine eventually. These monopolies are different, because their technologies are so powerful. For starters, they are intellectual technologies. They aren’t simply means of communication or transportation. They filter our reality. Secondly, our merger with these technologies is intimate. Google has a good sense of our private thoughts and wants. They have all amassed detail portraits of our psyche through their collection of data. What’s more, we’re going to soon be wearing their technology—on our wrists, as our glasses. Maybe you already do. Soon after that, the technology will be even more closely attached to us. Zuckerberg and Musk are obsessed with telepathic communication. Brin has talked about implanting Google in our brain.

AK: You dedicate the book to your dad, Albert Foer, the well known anti-trust lawyer. Given what you just called “today’s monopolies,” is the way to counter the threat of big tech through the courts? Do you think companies like Google and Amazon should be broken up in the same way as another of your intellectual heroes, Louis Brandeis, broke up some of the early 20th-century American monopolies?

FF: We’ve gotten quite squeamish in our discussions of monopoly. For many years, my dad was a lonely crusader against corporate gigantism. I learned a lot from him about the subject. Among the things I learned: In this country, we have a robust tradition of constraining companies like Google and Amazon. Going all the way back to Thomas Jefferson, we considered it essential to our survival as a democracy. We need to revive this legacy. And, yes, that means breaking up companies like Google and Amazon. Or at the very least, preventing them from extending their monopolies into new sectors. I don’t pretend to be an expert like my dad. I don’t know the ins and outs of antitrust regulation. But I’m convinced that these laws are meaningless, if they don’t constrain the powers of these powerful companies.

AK: You also present the Big Tech threat as an ideological one. You stress the counter cultural, libertarian origins of Silicon Valley with its reaction against conformity. But the cult of the commune, you remind us, leads to authoritarianism. “In Silicon Valley, everything is one; it’s always been one,” you write chillingly. And so, you say, “monopoly is a spiritual yearning in Silicon Valley.” Facebook wants “to erode free will.” And Google, you note, seeks to impose its “values and theological convictions on the world.” So is our challenge seems to be to think against Silicon Valley. But what should we be thinking?

FF: We need to take an active role in our intellectual lives. Everyone I know aspires to detach from their phone. Why? Because they have a sense that it’s addictive. My point is that it has been engineered to addict. As I’m writing this paragraph, I’m receiving notification from Twitter and Apple News, summoning me away from a sustained line of thinking. I think we need to find a moderate, workable version of Luddism—where we very intentionally find ways to tend to our human core, where we search for moments of purposeful disconnection. To me, those moments come with reading on paper. The book—that thing made of dead trees, protected by two covers—is the place where I can sustain private thought, where I find sanctuary from big tech. Privacy is a value that we don’t regard highly enough. We don’t truly understand it’s purpose. Yes, we’d rather not have our credit scores revealed. But really, that’s not central to the idea. What we need is space where nobody is watching us think. When we know that someone is watching, we begin to craft our thoughts to appeal to the watcher. We become cautious and conformist. In other words, we should be thinking about thinking, not just passively accepting the news and information thrust forward by algorithms, not just flicking our phones in a trance-like state.

AK: You describe this mode of being as “the organic mind” and compare it with the growth of the organic food movement over the last few decades. What can we learn about the history of food industry in the development of the organic mind? And do you worry that if, indeed, we do create a Whole Foods for the mind, Amazon might end up buying it?

FF: Once upon a time, we stood in awe of TV dinners and all the processed foods that filled the grocery stores. They were incredibly convenient. And they tasted great. Only many decades later did we realize that they were engineered to make us fat. They transformed the way food was grown and sold in this country, leading to environmental catastrophe. I worry that the same thing is happening to the things we ingest via our mind. Our intellectual industries are becoming increasing concentrated—dominated by powerful new gatekeeepers. They are imposing a whole new science of production, which means that journalism is increasingly reverse-engineered to addict us, to make us click. This is a depressing metaphor, except for one fact. We belatedly awoke to the dangers of processed food. I’m hoping that we can do that same with culture. That we can create an organic movement for the mind. We would emphasize the virtuous production of news and culture. We would sacrifice efficiency for the sake of quality, just as we do when we shop at the farmer’s market.

AK: Finally, Frank, I have to bring up the T word (sorry to all readers who are sick of hearing about him). You say that “Trump began as Cecil the Lion and ended up as President of the United States,” and you connect the political success of Donald Trump with what you call the “virality virus” of digital culture. So fit the narrative of Trump into the narrative of Silicon Valley and Big Tech. Could we have gotten to Trump without the internet? And what is a greater existential threat to the future of humanity: DT or BT?

FF: Can we blame Trump on Facebook? I think so. We can see how the Russians exploited Facebook to promote Trump. I’m always struck by how fake news about Hillary resonated with voters. More profoundly, perhaps, I’m struck by how the values of the Internet era propelled Trump. That is, the media is now obsessed with traffic. And when Trump appeared on the scene, he was traffic gold. Write a story about his circus—and watch the clicks rain down. (The media’s obsession with traffic is unlike the old obsessions with newsstand sales or TV ratings. To win the traffic game, it’s necessary to get millions of eyeballs. That can only come by pandering to the biases of very large audiences.) Trump is a more immediate threat to humanity, of course. He’s a non-rational actor. And Mark Zuckerberg can’t engage in nuclear brinksmanship or order a mass deportation rage. Trump is stupid, where the titans of tech are smart. But that is a very unfair question!

Jesmyn Ward on Ava DuVernay, Reading History, and the Art of the Profile 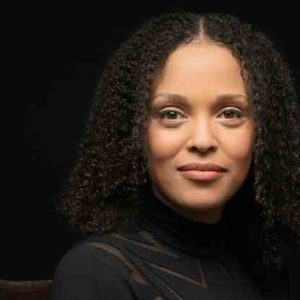 Jesmyn Ward on Ava DuVernay, Reading History, and the Art of the Profile

In this episode of A Phone Call From Paul, Jesmyn Ward talks to Paul Holdengraber about discovering new directions through...
© LitHub
Back to top