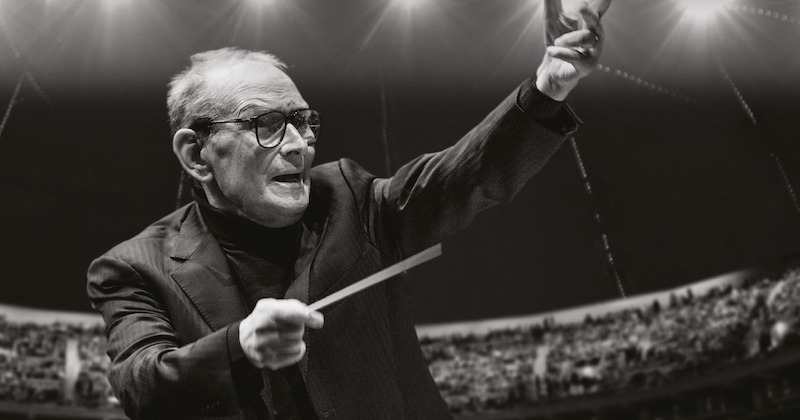 “I, Ennio Morricone, am dead.

This is an announcement for all my dear friends, too many to name here. There is a reason for this farewell, as it is my wish to have my funeral celebrated privately: I don’t want to disturb.”

This is the letter that Maestro Morricone, the legendary Italian composer, wrote before his death in order to avoid a public ceremony on the Capitoline Hill, one of Rome’s seven hills. Normally, when a legendary figure dies, Romans gather here to pay respects. Hundreds of admirers would have surely congregated to give him their last salute.

This message struck me as typical of Morricone’s character, though. Despite his fame and status as an international star, he was a humble, rigorous and austere man, devoted to his work and his close family. He never left Rome, where he was born 91 years ago, although Hollywood beckoned him and producers insisted he should move to Los Angeles.

I had the privilege to meet the Maestro a few times and watch him conduct an orchestra during live concerts. I was always impressed by his quiet, reserved demeanor, and each time I saw him I always thought he looked more like a professor or a bureaucrat rather than the musical genius he was. After all, Morricone introduced a unique vision of the musical narration that forever changed the art of the film score.

During the first half of the twentieth century, film composers in America—most of them immigrants from Eastern Europe, such as Erich Wolfgang Korngold, Franz Waxman, and Miklós Rózsa—came from the symphonic tradition which grew out of the late romantic work of Strauss and Malher. The symphonic sound became the standard of the American movie industry, influencing more contemporary composers such as John Williams and Hans Zimmer.

In Italy, in the second half of the century, a young Morricone, working with  minimal budget, distanced himself from that tradition and created unusual  soundtracks. They were evocative and abstract, at times filled with a certain irony as in the spaghetti western he scored for Sergio Leone.

His music had a distinct personality, and at the same time it was extremely versatile: it always adapted itself to different genres: the score for Bernardo Bertolucci’s  historical drama “Twentieth century” or the theme from “The Mission” are just an example of what he could create on a grand scale as opposed to the sparse and evocative themes he scored for Pier Paolo Pasolini’s “Teorema” or “The Canterbury Tales.”

Unlike most film score composers, whose work involves a large number of technicians specialized in different parts of the process, Morricone—driven by discipline and frugality—always worked alone. He wrote his scores by hand until the end, often hiring the staff himself.

Even the words of his last farewell—so stark and simple—were written by hand, on a blank sheet of paper.  He didn’t want to disturb anybody as he quietly disappeared behind the door.